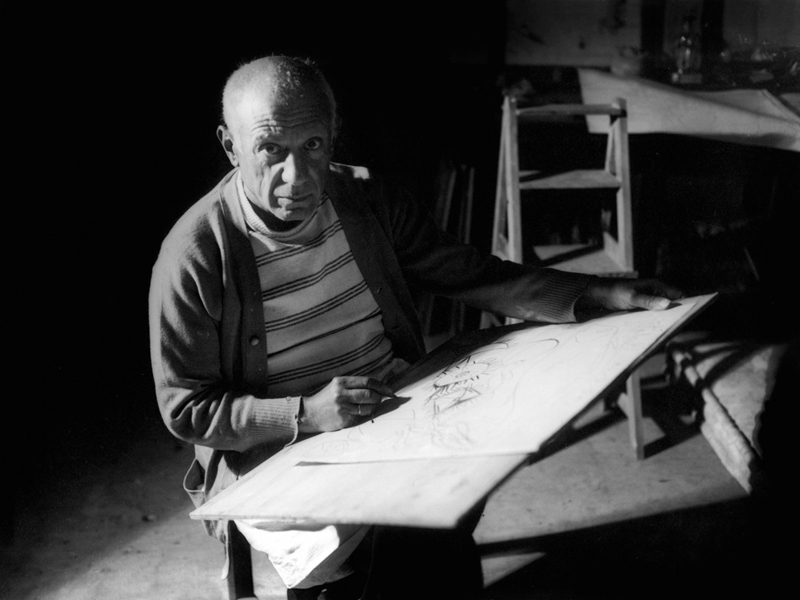 The exhibition at London’s Royal Academy displayed a hoard of paper belonging to the legendary artist, giving a detailed insight into the processes behind the artworks.

With all the thousands of exhibitions and millions of words written about Picasso it comes as a wonderful surprise to see something really new. Sponsored by the artist’s birthplace, the City of Málaga, and the Spanish bank Unicaja, a long-time benefactor of Picasso studies, the exhibition Picasso and Paper has been organised by the Royal Academy (RA) and the Cleveland Museum of Art in partnership with the Musée national Picasso-Paris.

Bringing together more than 300 items (there are over 400 shown in the catalogue) it encompasses Picasso’s entire, prolific 80-year career. Yet it is an exhibition of work in the shadows of what you know. Careering between the monumental and the ephemeral, every one of the 11 rooms holds a revelation, ranging from a dove and a dog cut out from when he was nine years old to the final self-portrait at 90.

The Hungarian-French photographer Brassaï said ‘if I had to choose from his entire body of work, I’d take his drawings without a moment’s hesitation’. This exhibition shows why. It is breathtaking.

If ‘we are what we keep’ then you will get to know Picasso fully because he kept every letter, every envelope, every seemingly insignificant scrap of paper, leaving thousands of pieces of ephemera at his death. They were not filed away, but simply left in piles covering every flat surface, from mantelpieces to cupboards. When everything was covered he bundled them up and hung them from the ceiling. The sheer volume of it all was a mountain of organised chaos. ‘To this day, I remember him lost in a mountain of papers,’ said the Catalan poet and artist Jaume Sabartés, describing his early encounters with Picasso. He couldn’t stop himself. On and on he went, and this exhibition is the witness to it. He was a dictionary of paper. This haul of ephemeral junk is priceless, the backbone of his career, the spine from which everything else hangs, rehearsals for the main event. The beauty of it all is that there are also key paintings, sculpture and prints from his career to demonstrate where all that thinking took him, how it ended up, how it all came together, what the preparation was for.

Studies for Picasso’s Guernica and Les Demoiselles d’Avignon illuminate the evolution of those great pictures, as well as his abandonment of narrative logic. There are also seldom-displayed linocuts, lithographic illustrations, painterly and printed pastiches of Manet’s Le Déjeuner sur l‘herbe, variations of the parody on Delacroix’s Femmes d’Alger, woman as femme fatale and monster, studies for the staging and mock-ups of the costumes for the ballet Parade, and, of course, the fluid lines and expressive brilliance of his drawing.

It was all left in the hands of his heirs when he died in 1973, and thence given to the Musée national Picasso-Paris in its entirety. From that treasure trove the RA has displayed what English artist and Picasso’s biographer Roland Penrose called ‘the whole drama of love, life and the inevitability of death. He draws as he thinks and as he lives.’