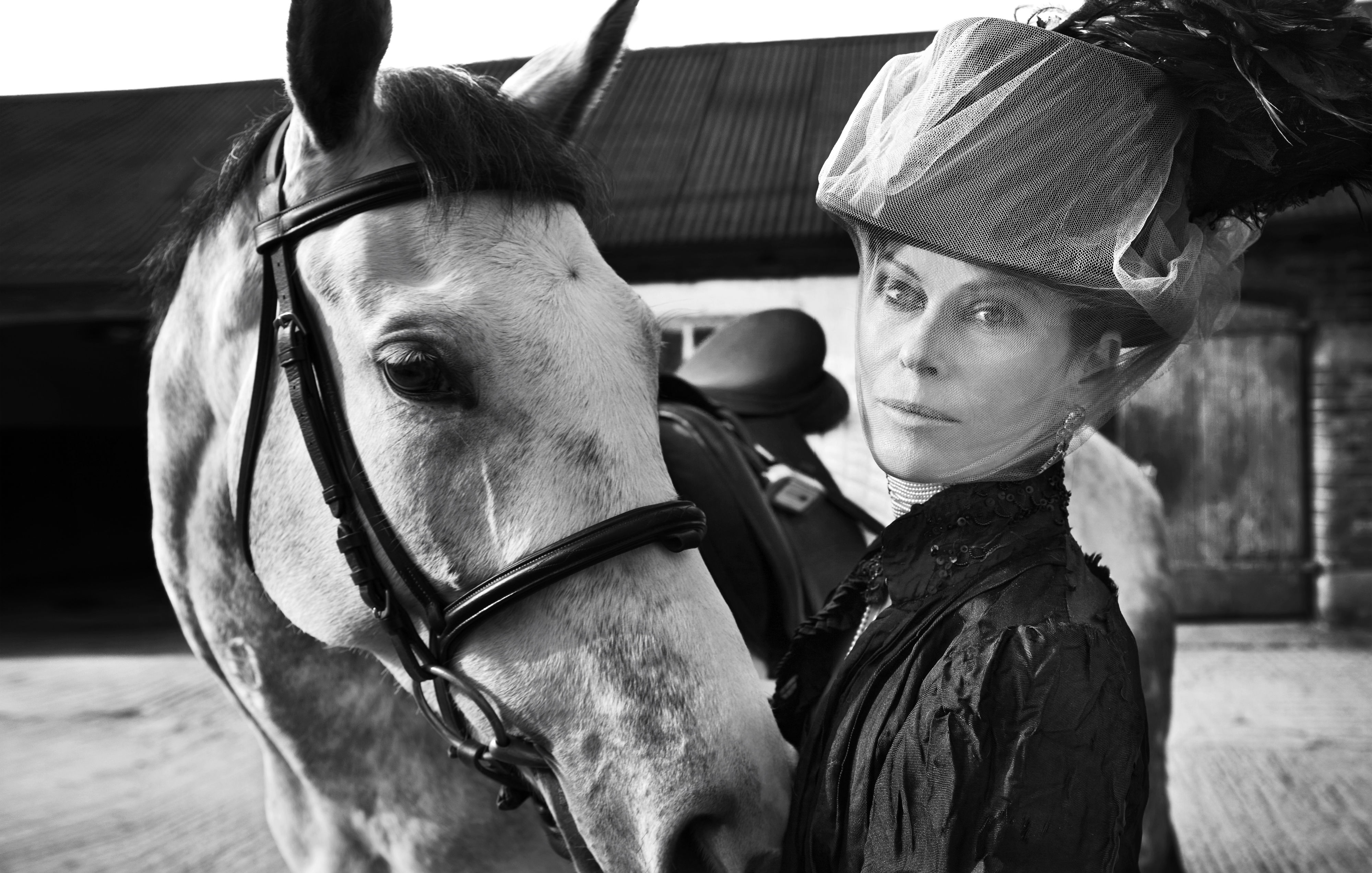 Published by Assouline, the renowned portrait photographer Uli Weber has released his third book. We speak to him to find out more about ‘The Allure of Horses’.

Best known for his celebrity portraits – including photographing the likes of Sting, Kylie Minogue and Stephen Fry – renowned photographer Uli Weber also has a long standing history photographing horses and their riders. From Zara Phillips to Lady Amanda Harlech and William Fox-Pitt, Weber has shown his expertise behind the camera, mixing portraiture with animal and sports images to produce his latest book.

Titled ‘The Allure of Horses’ and published by Assouline, Weber’s latest book looks at the close relationship between humans and horses; almost all of the images captured have been shot over the past six years at various manors and estates across the UK. Not just about the dramatic moments in horse riding, the book manages to capture the mysterious and ancient relationship that horse and rider share.

Having built a global reputation in portraiture, and having been exhibited at the Victoria and Albert Museum and the Saatchi Gallery, Weber’s third book brings a unique new twist to his work. From the Changing of the Guard by the Household Cavalry, to sidesaddle riding through the countryside, ‘The Allure of Horses’ takes readers on a journey through Britain’s equine communities; we spoke to Weber to find out more about his new, fascinating volume.

Where did the idea for The Allure of Horses come from??

It started as a series of Portraits I did for Tatler magazine, which was commissioned by Kate Reardon – who has also very kindly written the foreword for the book. From this assignment I became very interested in the world of horses and started working on it as a personal project, covering all aspects of the equine community.

It was an absolute pleasure; Assouline are a wonderful publisher. I had a great relationship working with the Assouline team in London and New York, who were very supportive and helped me deliver the book to the highest and most beautiful standard.

What drew you to photograph the relationship between humans and horses?

I was drawn in by the beauty of horses, and the interesting symbiosis between horse and human. I thought it was a great opportunity to make a book about something I felt had not been explored much before.

What do you think about this relationship?

It’s a very unique relationship in the animal world, to see the bond that develops between the horses and their riders. Especially given how horses fill so many varied roles in communities – from working horses, to polo ponies and from racing studs to the mounted regiments.

What is your favourite image from the book?

It’s hard to decide, there are some I like very much and some that I worked very hard to capture – I would say that one of my favourites is the portrait of Lady Amanda Harlech, which is why I chose it for the cover.

What was the most challenging image to capture?

Probably the one of Philippa Holland jumping side-saddle over a table with Capt. Billy Morley sat. It was a challenging set-up, having to raise the table gradually in order for the horse to be able to jump over it. Also knowing that the horse could only jump so many times, meant it was crucial to have all the components come together

Do you see photography as an art form?

Yes - photography is an art form, just like everything else. It’s interesting as it relies on technical skill as well as artistic vision.

What advice would you give to an aspiring photographer?

Take lots of photographs. Do it, don't just talk about it.

The Allure of Horses is now on sale at Assouline.
https://www.assouline.com/products/the-allure-of-horses