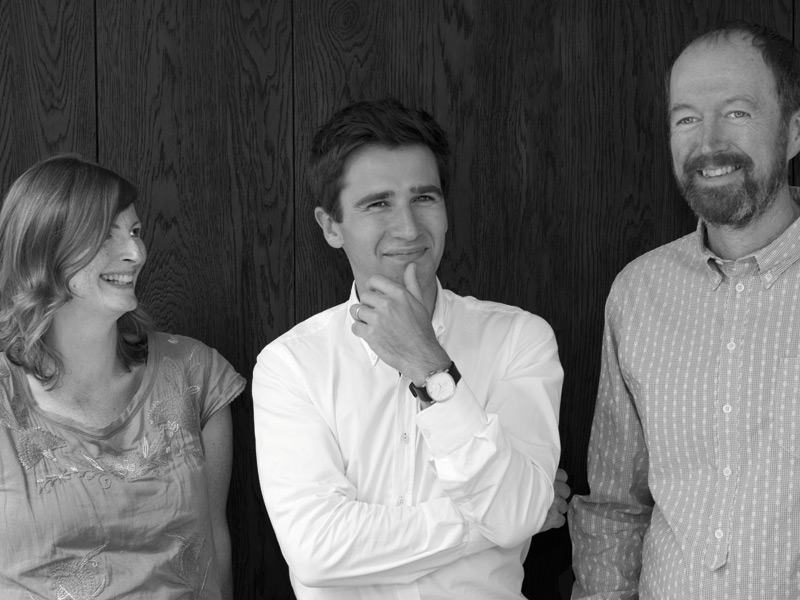 Interior architect Jennifer Hamilton worked at MoreySmith for '10 happy years' before moving from London to the South Coast and establishing The Vawdrey House in 2012. MSL Group office, London. Photo: Siobhan Doran. Completed February 2014. A 1,672 sq m creative agency workspace spread over three floors. Its features include a 'hub' with large tables on wheels that can be pushed together for a pitch or presentation. Hamilton says: 'We approached the building as an exhibition space, dropping in meeting and team-working areas, and using galvanised Kee Klamp frames to form rooms within the vast spaces.'

'We would love to get involved with furniture, products and lighting design if the opportunity arose. We are also considering curating our own in-house vintage design collection.'

Why
'Having started a family and moved from London, I knew my previous working schedule would be hard to maintain,' says Hamilton, who sought work to suit her family schedule. Felicity J Lord, London. Photo: Felicity J Lord. Completed July 2013. Tasked with the master design scheme of new interiors for the estate agent for rolling out around its branches, The Vawdrey House fitted out two flagship offices in Chiswick and Islington. Instead of a traditional office feel, the design features a relaxed, café-style environment with interiors reflecting their location.

While working on the refurbishment of a house in west London, private work started to come in, revealing her 'path' in the process. Fellow director Montague left MoreySmith in 2014 and joined forces with Hamilton while working on projects in his hometown of Tunbridge Wells.

Chapman, who had been working with Hamilton on an 'ad-hoc basis' for several years, joined as the third partner after relocating to West Sussex in 2014. 'We will be a RIBA Chartered Practice by the end of this year, so our work is going from strength to strength,' says Hamilton.

The trio are currently embarking on their first new-build project in Kent. Cullenders, Reigate, Surrey. Photo: Siobhan Doran. Completed September 2014. This delicatessen and kitchen, featuring a wine bar, deli counter and shop, was designed with a 'homely feel' but with a 'contemporary edge'.