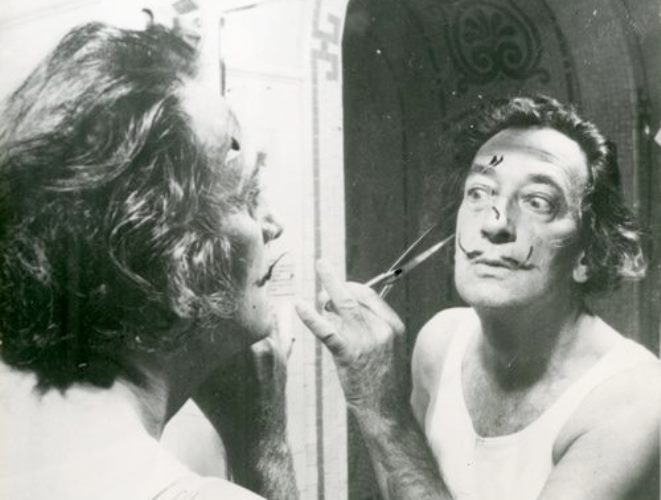 When you look at a painting by great artists like Picasso and Salvador Dali, it is difficult not to wonder about their personal lives.

How did these supremely talented individuals fill their days? Where did they find their inspiration? Were they really all that different from us mere mortals?

Well, Zebra One Gallery in Hampstead, London, have recently unveiled never before seen photographs of famous artists that provide a snap shot of how these legends lived and it doesn’t disappoint. The owner of Zebra One Gabrielle Du Plooy said:

"We are so excited to have found these extraordinary images of icons, taken by icons. They give a rare and intimate glimpse into the lives of these hugely influential artists."

Black and white stills show Salvador Dali contemplating shaving off his iconic moustache as he holds a razor to his ‘tache in front of a cracked mirror. Other images reveal the personality behind the paintings. In a piece entitled ‘A Man Who Doesn’t Like Nudes…Well Almost,’ Dali cheekily holds his hand over Bolttini’s ‘Woman Washing’ painting to protect the lady’s modesty.

Here’s one of Dali with a leopard.

Pablo Picasso also features in the collection. Images include Picasso at public speaking events, with his wife and hanging out with friends. Rare photographs of Georges Braque taken by French photographer Robert Doisneau also feature in the exhibit. Photographs of Brasque are hard to come by as he was a notoriously private man.

Other artists who feature in the exhibition include Marc Chagall, Bernard Buffet, Fernand Leger, Sir Jacob Epstein, Joan Miro and Maurice Utrillo to name a few.

We have seen life behind the paintings and it looks fabulous.