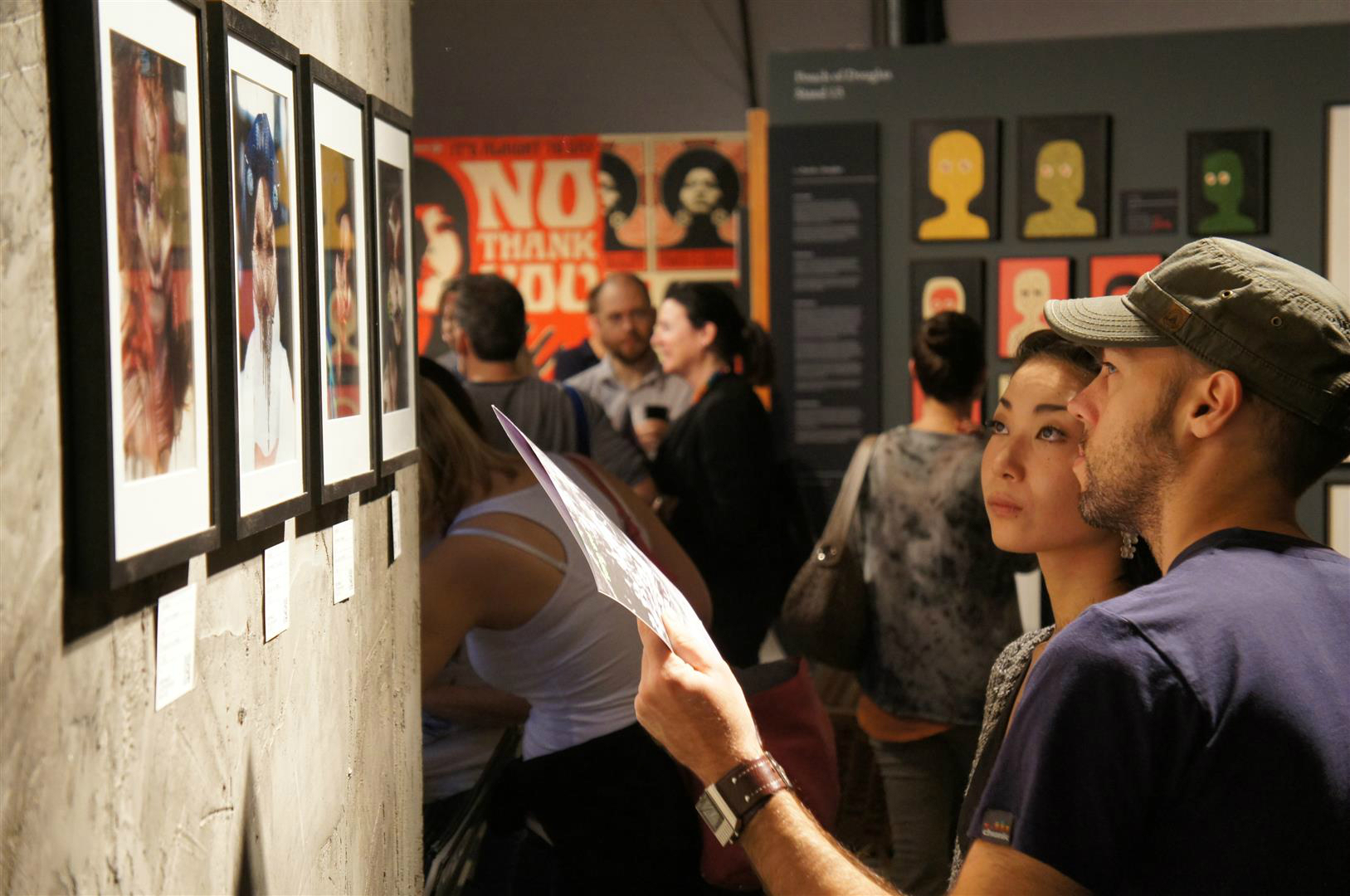 Running from the 4th – 7th October 2018, the highly acclaimed Moniker Art Fair returns to the Old Truman Brewery for its 10th edition.

Returning to London’s Old Truman Brewery for its 10th edition, Moniker Art Fair runs from the 4th to the 7th of October – and is a highlight of one of London’s most important art weeks. The return of Moniker Art Fair London follows the success of the Fair’s international debut in May 2018; launching in Brooklyn, New York City, the international debut saw a curated collection of urban, contemporary artists and galleries from across the globe arrive in New York to a intrigued and excited crowd.

Visitors to the New York fair were fascinated by Moniker’s unique exhibition style, which included showcasing handpicked artistic pioneers, and the creation of incredible experiences – such as the giant mechanical Zoetrope, designed by INSA.  For the London fair, this year Moniker is stepping up its ambitions to take on bigger challenges and projects, and – for the first time – will operate on an invitation only basis for artists.

For 2018, Moniker Art Fair will be focusing on refining the curated element of the fair; the number of galleries exhibiting has been reduced from 40 to 30, to allow more room for artists to create bespoke, immersive and interactive installations. Artists who have previously showcased at Moniker will also be given more room to build open studios, which will sit alongside the themed group shows exhibited by both the major and emerging galleries taking part. The theme for the Fair’s 10th edition is ‘uncensored’; to complement the theme, artists and gallery spaces will be encouraged to curate experiences that exceed expectation and tradition. The Moniker Art Fair hopes to provide a space for the urban, contemporary art scene to ‘break free’ of the market as it currently exists, and to offer a platform where the scene can be heard.

An exciting new curatorial partnership has also been announced for this year’s Art Fair, which will see Moniker collaborating with the Berlin-based Urban Nation Museum (UNM). As two of the leading women driving forward the urban art scene, UNM’s director Yasha Young will work with Moniker’s director, Tina Ziegler, to curate the strong line-up of urban contemporary artists that will feature in the installation hall.

The partnership with UNM highlights the cultural impact that urban art has had in recent years, drawing attention to its rise in prominence, both within the public eye and collecting world. Artists that have been invited to create original works for Moniker’s installation hall include Lek and Sowat (members of legenday Parisian art collective, DMV), internationally acclaimed African artist Faith47, and emerging British star, Dan Rawlings.

“‘Art fair’ is almost too limiting a term now,” says Ziegler. “We’re a community space, a festival of a kind, that’s challenging definitions of art and its presentation within the market. In partnering with Urban Nation Museum, we’re consolidating our experience. I’ve been in the thick of it 15 years myself – and making it unarguably clear that urban art is not only ‘here to stay’, it’s been changing the cultural landscape significantly for over a decade.”