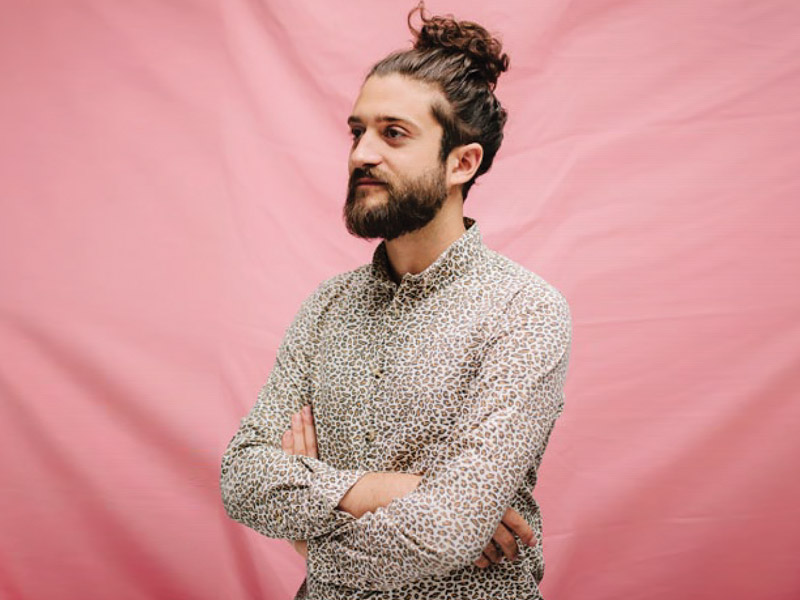 WHO: Fernando Laposse
WHAT: Designer
WHERE: London, UK

‘A recurring theme in my work right now is to show “supernatural” materials and ways of working with them,’ says Fernando Laposse. Talking via phone from Mexico City, he was busy preparing for a solo show at the Zona Maco contemporary art fair, in which he displayed furniture made from some of these materials he is talking about — ones derived from plants and other natural sources in which he has seen hidden potential.

Over the past few years, the London based designer’s work has centred increasingly around the rich agricultural heritage of the country of his birth, Mexico, and the plants that are deeply embedded in its culture. He also draws on his personal history — he chose not to follow directly in the footsteps of his family, which comprises four generations of bakers, but this culinary background has fed directly into his design work, which combines artisanal skill, material experimentation and scientific technique. His is an alternative view of innovation to the one focused on cutting-edge technology and a progressively diminishing material presence — the kind he found himself frustrated with during his undergraduate degree at Central St Martins in London. ‘They were spot on about how things would evolve,’ says Laposse, ‘but it was a bit of a shame that they didn’t show there were other options — in my opinion they should also be foreseeing alternative futures.’ That was a path he forged on his own: for his final project he combined industrial principles such as rotational moulding and 3D printing with techniques used by chefs, presenting a set of glassware made out of sugar. After graduating in 2012, he worked with designers Faye Toogood and Bethan Wood, but his own interests eventually took centre stage. ‘At some point, I realised that my work wasn’t so much about selling design pieces, but rather selling a way of thinking,’ he says — that is, using design as a way of exploring the economics and politics of food and agricultural products which we buy and consume every day.

At Zona Maco in February, he presented a room divider and daybed made out of the loofah fruit, which he has dried and flattened to create a light, translucent, insulated and textured material; he also showed two benches made from sisal, a natural and biodegradable fibre extracted from the agave cactus, the production of which was once a major industry in Mexico, before it was challenged by the invention of nylon. Laposse’s most significant project to date which was exhibited, however, is Totomoxtle, a veneer material made out of corn husks that attracted widespread attention when he showed it at 2018’s London Design Festival. Harnessing the sumptuous colours of corn husks in Mexico, Laposse transforms the material into a veneer with a wide range of interior design applications

The project began in 2015, when he was doing a residency near Oaxaca (having not been back to Mexico since he moved away with his parents aged 15), and developed an interest in the potential of the local variety of corn — in shades of purple, cream and lilac — as a design material. ‘They grow naturally with all these amazing colours and these translate into the husks, which are also water-repellent and have wood-like qualities — it’s already like a veneer,’ he says. Laposse took advantage of the corn husks’ glorious colours and hardy properties to create the veneer: he ironed the husks and glued them on to a paper pulp or textile backing, then cut this into smaller tiles that could be reassembled to make marquetry for furniture or interior surfaces.

When seeking out supplies of local corn for the project, however, he found it practically impossible to source — the local market had been decimated by the influx of higher-yield, genetically modified corn from the United States since the 1990s. Laposse hoped that a new market for Totomoxtle would encourage local farmers to plant heirloom varieties of corn and provide an additional income stream. Working with roughly 200 farmers in the village of Tonahuixtla, where the community has been eroded by the decline of local agriculture and employment opportunities, he is helping to train people in producing the Totomoxtle materials, creating a sustainable system of production. ‘We’re trying to use them as a case study and a source of inspiration for other communities to start doing the same thing,’ Laposse says. Last year, he developed a partnership with the International Maize and Wheat Improvement Center, which holds the largest seed bank of corn in the world, to refine their research and development.

Laposse’s training as an industrial designer remains an important part of the process: employing Totomoxtle to create desirable objects is crucial to shifting the perception of food- and plant-based products from the realm of craft to refined, contemporary design. But the intention is ultimately to ensure that the corn farmers of Mexico remain custodians of their own futures.