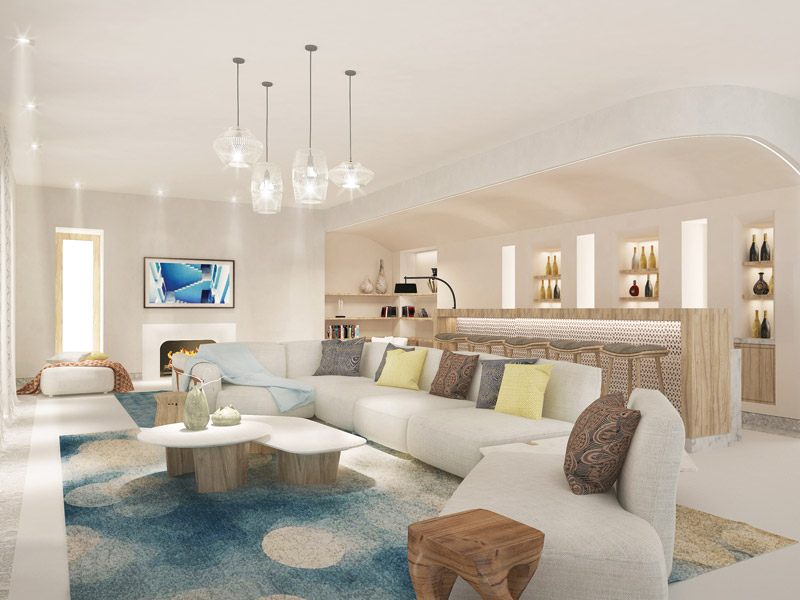 The largest of a development of three villas in Mykonos, Greece, this creation is the work of James Charles, lead designer at design and architecture practice Desani.

The essence of the brief was to revive the derelict building that had been standing on the site for many years, turning it into a luxury villa with expansive exterior living spaces. It was to have an interior reminiscent of island-style living but with much more emphasis on the use of colour than would usually be the case for a Mykonian island interior. Large outdoor living spaces were part of the brief

Additional emphasis was placed on creating a space that felt ‘resort-like’ in its appointments and approach, but with a feeling of familiarity that would allow guests to feel at home in an instant despite the villa’s large areas both interior and exterior. The liberal use of colour has a deliberate effect, with a vibrancy to add scope and depth to the design, and also an enhanced sense of space.