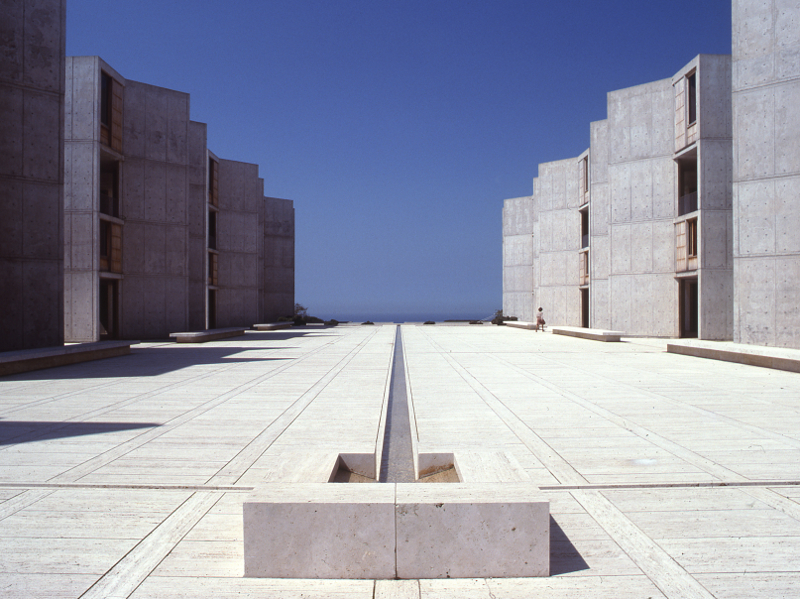 Regarded as one of the great master builders of the Twentieth Century, Louis Kahn was one of America's most influential modernist architects. His era-defining work is also the subject of an exhibition at the Design Museum in London. We asked curator Alex Newson to select six of Kahn's most important projects

Phillips Exeter Academy, a private high school founded in the eighteenth century, commissioned Kahn in the mid-1960s to design a new school library as the intellectual centre of the school community. The project was based on a simple concept: library users were invited to select a book and then go to the windows to read in the natural light. Based on this idea, the building is divided into three layers: at the centre is a large entrance hall, as a site of encounter and exchange, from which the surrounding holdings of 250,000 books can be seen. They are housed within what Kahn used to call a "concrete donut" to protect them from the sunlight. A 'brick donut' finally surrounds that core, containing more than 200 naturally lit library carrels. Besides the library, Kahn also planned the school dining hall.

Kahn began teaching at Yale University in 1947. During his stay as Architect in Residence at the American Academy in Rome, he received the commission to plan the Yale University Art Gallery, as an expansion of a neo-Gothic building of the 1920s which had remained incomplete. The commission was an important stage in Kahn's career, and for the university it was a decisive step toward the architectural renewal and modernisation of the campus.

The façades of Yale University Art Gallery are made of brick and glass. A striking triangular reinforced concrete ceiling inspired by Richard Buckminster Fuller's space frames is the dominating feature of the interior. Due to its depth, it can house lighting, electric wiring, and ventilation. The Yale University Art Gallery was one of Kahn's first projects that assigned the mechanical services a place of their own in the spatial makeup of a building.

The government complex in what is today Dhaka, Bangladesh, was Kahn's greatest and most demanding commission. At the time he received it, Pakistan consisted of a western part with Islamabad as its capital, and an eastern part with Dhaka as its capital. The centre of the complex is the National Assembly Building, structured axially around a central point. The plenary hall is surrounded by a generous walkway. Around it are grouped eight building elements. The Muslim prayer hall to the south is the only one that diverges from the general axis and faces Mecca. Along the water, residences and office buildings form a V-shape. The pool was created by the local technique of "dig and mound." Buildings were erected on the excavated earth to protect them from the flooding that regularly plagues the country.

In 1971 East Pakistan declared its independence and was renamed Bangladesh. Today, the complex is one of the few remaining open spaces in the city and as such is very popular with the local population. Here, Kahn's formal vocabulary, his complex spatial compositions and his choreographic mastery of light reached its climax. Hence, Kahn's expressive architecture became the symbol of a young nation.

Roosevelt Island (formerly Welfare Island) is a narrow strip of land, three kilometres long, situated in the middle of the East River, New York. In 1973 Governor Nelson Rockefeller and New York Mayor Lindsay jointly announced the Franklin D. Roosevelt Four Freedoms Park to be built on the southern tip of the Island, facing the United Nations Secretariat across the river. As key elements of the park, Kahn, in close collaboration with landscape architect Harriet Pattison, envisioned a room as 'the beginning of architecture' and a garden as "the gathering of nature." The garden is lined by two rows of linden and beech trees. Initially Kahn designed a 20 metre high room made of steel. In a later version the room was to be built with concrete canopy. The final version of the room, built with massive granite stones, shelters a bronze head of President Franklin D. Roosevelt, modelled in 1933 by the American portrait sculptor, Jo Davidson.

After more than three decades the park was realised posthumously and completed in 2012.

Jonas Salk (1914-95) discovered the first effective polio vaccine. When the famous medical scientist and bacteriologist decided to build a laboratory on a coastal cliff north of San Diego, a friend, after attending a lecture by Kahn on 'Order in Science and Art,' recommended him as architect. In what would become an almost mythical client-architect relationship, Salk asked Kahn to design a research facility to which he could invite Picasso.

The final scheme consists of two laboratory wings with six floors. Service floors are sandwiched between the labs (another and most successful variation on the theme of "servant" and "served" spaces). The design of the court with its study towers facing the sea remained undetermined until the Mexican architect Luis Barragán, having been invited by Kahn to visit the site, proposed keeping it as an open plaza.

Residential facilities that Kahn designed following his notion of 'wrapping ruins around buildings,' and a meeting house for the exchange between scientists and cultural leaders, remained unbuilt.

Working closely with landscape architects George E. Patton and Harriet Pattison, Kahn arranged the museum in a stepped, park-like setting. The introverted building is approached in a processional manner: visitors follow walkways lined by grids of trees and a sunken sculpture garden before passing vaulted loggias flanked by reflecting pools of cascading water.

The composition of the plan evolved from a square and an H-shape to the final C-shape. Despite the complexity of this process the design development was more section than plan-based. This is documented by numerous studies of semi-elliptical, semi-circular or even V-shaped vaults.

The starting point for Kahn's scheme of concrete vaults was the idea to bring the change of day, weather, and seasons into the museum. By a skylight slot at the apex of each vault and wing-like aluminium reflectors beneath, the gallery space is animated with diffuse ever-changing natural light in which artworks are best viewed. 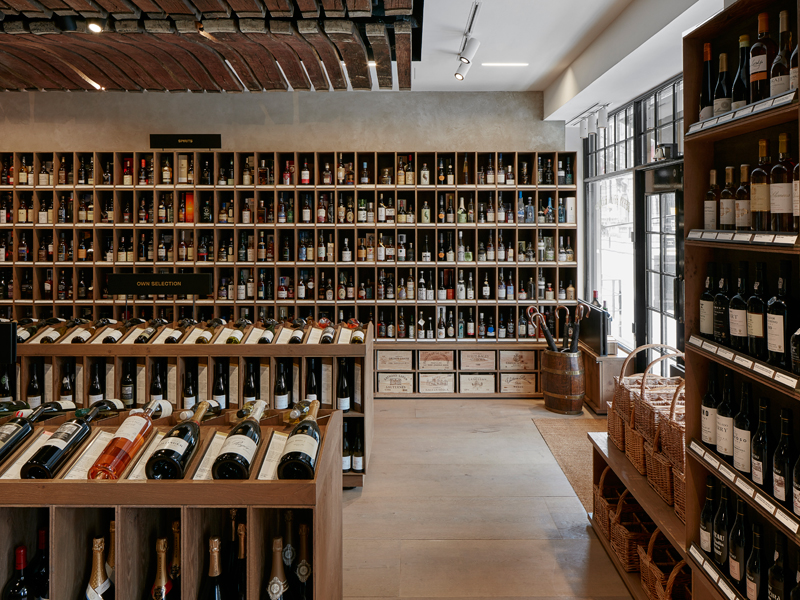