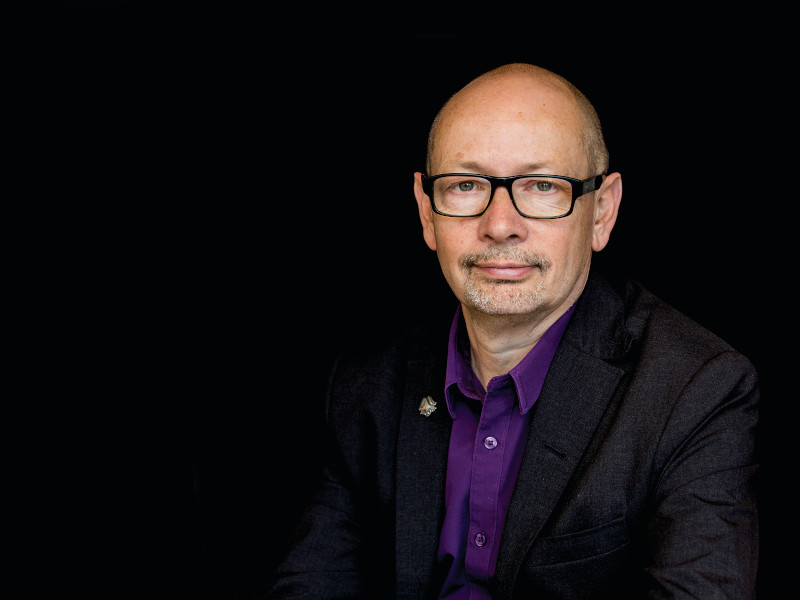 Mark Major, co-founder of Speirs + Major reflects on whether architectural lighting has finally arrived – or if it is still seen as a ‘bolt on’ rather than a recognised design discipline

My creative partner Keith Bradshaw often says that lighting is a ‘broken word’. I know what he means. When you talk about lighting, even to another designer, the conversation can quickly drift to light bulbs and lux levels, or your favourite desk lamp. Rarely does it immediately focus on how light can completely change the character, identity and expression of a building or interior space, alter our emotional response, bring people together, add economic value – or even create magic.

Just over 140 years after Thomas Edison had his ‘light bulb’ moment – and nearly half a century after another great American, Richard Kelly, commonly recognised as the pioneer of architectural lighting, died – the fact that we are still having to promote the value of good lighting may seem surprising. But things have changed, and certainly it is more common to find an ‘independent lighting designer’ (ILD) on a project these days than when I first came into the field more than 30 years ago.

Back then the number of truly independent fee-paid designers working with light within the built environment – free from any commercial connection with the supply of fittings – could be counted on the fingers of one hand. At that time most lighting design was carried out by a clutch of design and supply companies, engineers working for large multidisciplinary concerns or in-house designers employed by manufacturers providing a ‘free’ lighting design service – that is, of course, as long as you bought their products. There were then a wide range of industrial and product designers who developed luminaires of all shapes, sizes and degrees of beauty and ugliness, light artists who sought to add colour and movement, and those lighting designers from other areas such as theatre, entertainment and film who would occasionally work in architecture – with varying degrees of success.

While the general make-up of these groupings remains, there are now hundreds of ILDs in the UK working on projects of all types, sizes and levels of ambition, ranging from lighting masterplans for large cities to modest concepts for small community spaces. The fact is that these days pretty much every project could do with help from a lighting designer, not only to deal with the rapidly evolving tech, but to think through what people need. To answer the questions how much light, where and when? To help manage the visual and perceptual environment after dark. The catenary system for the promenade at the Queen Elizabeth Olympic Park, London. ‘The effect is reminiscent of light filtering through a forest canopy,’ says Speirs + Major

Given what I have said so far you may already be asking yourself other questions: how does an architectural lighting designer add value, how do we work, and what is our design process?

Good lighting is not simply about how well we see – it is also about how we feel. It is about getting the right balance of light and shade between the various surfaces of a form or space so that it informs the way you experience it. We can make a small space feel larger or a low space feel taller; we can draw your focus to a specific detail or create a more legible background. But it is also about more than just light and shade.

We can also improve the way you understand materials. It is not simply about making a cool space feel warmer (or vice versa) but bringing out the very best from selected surfaces in terms of their colour and texture, even their inner nature if permeable to light. Too often we see a beautiful material visually ‘die’ after dark just for the want of being lit properly. I frequently wonder why a client will pay a small fortune for a very special finish but then quibble over the cost of the light by which it can be appreciated. No. 1 Courtyard in Guangzhou Road, Heze, Beijing, by Beijing Puri Lighting Design. This was a shortlisted project in the Lighting Design category of the 2019 FX Awards

But beyond manipulating form and space, revealing colour and enhancing texture, a good lighting designer can add so much more. We are effectively ‘visual advisors’. I once had a well-known architect say to me that the main reason they liked working with us is because to do our job properly we have to ‘visualise the completed building, with all of its materials, both by day and by night – even when the lead designer is only at the fat pen stage’.

Certainly, that is true. While on a practical level we can design for a wide range of visual tasks, help keep people safe and secure, and support everything from intuitive wayfinding to emphasising a brand and its products, we can also reveal the diagram of a building, change the expression of a facade or an interior, create a strong identity and directly contribute to place-making and character.

And then, of course, there is our technical knowledge: we can help manage those difficult choices about LED sources, light fittings, drivers and control systems. If a well-designed luminaire is an optical instrument, then each piece of equipment must be carefully selected, tested, specified and detailed to ensure it provides exactly the right effect in the right place and at the right time.

Finally, and this is important, the lighting designer has an increasing responsibility to help deliver lighting schemes in a sustainable manner. This isn’t only with respect to the byproducts of industrialised light such as energy use, light spill, light pollution, ecological damage, waste and so on, but also to understand the potential impact of artificial light on us as human beings. So, to be a good lighting designer these days we not only need to know about art, science and technology but also the physiological, psychological, biological, sociological and environmental consequences of what we do.

As for how we work that is easy: we are just like any other field. In most cases we closely collaborate with a lead designer – whether that is an architect, or interior or landscape designer. Occasionally, there is no lead designer; for instance, when relighting a church or developing a ‘lighting-only’ project – but this is still unusual. Whatever the project, however, most lighting designers try to ensure that their contribution is fully integrated into the overall design rather than being an afterthought or cosmetic layer. The Shanghai Sunac Sales Center won the Integration Project of the Year at the Lighting Design Awards 2019. It was designed by Brandston Partnership Inc

Like most designers we also come up with ideas and clearly communicate them, cost and test them, and once agreed, go on to technically develop, draw up, detail and specify them. Like any other design professional, we don’t want to do only ‘part’ of a project. We want to see things through from cradle to grave, to get involved early so that we can really contribute to the evolution of the design, influence and advise on material selections and be there to help to deliver the end result. The art of lighting often lies in ‘crafting’ the solution: being able to fine-tune and make subtle adjustments. To that end most lighting designers don’t want to just provide a technical specification or a Band-Aid when it has all gone horribly wrong. We are most effective when asked to manage the process from beginning to end.

But despite everything I have said, is architectural lighting a proper design profession or simply an add-on? As I have already indicated, there are now a lot of us around: good ones, bad ones, expensive ones and cheap ones, and some truly exceptional ones. While we are getting better organised the level of service can vary widely. While we are not yet formally licensed our close alliance to architecture and engineering has encouraged a professional approach. Despite this we cannot be described as a fully developed ‘profession’, although there are now several associations that represent independent lighting design. These are increasing in strength and profile, such as the International Association of Lighting Designers (IALD), the Society of Light and Lighting (SLL), and the Institution of Lighting Professionals (ILP) to name the main three that operate in the UK. Each provides for a minimum standard of practice, ethics, conduct and so on.

Their reputation is beginning to gain traction. As for education, this is where we still differ from the more traditional design disciplines. Unfortunately, it remains remarkably difficult to study architectural lighting at graduate or post-graduate level with very few degrees or masters on offer. This means that most of the knowledge and skill comes through established practices offering training tantamount to an apprenticeship. Architectural lighting may only truly grow up when this situation is properly addressed.

Finally, and when compared to other areas, architectural lighting designers still don’t have a very high profile in the design press. Certainly, if we were to judge by ‘published projects’ we have some way to go. If a lighting project is featured in its own right, it often languishes in the specification supplement rather than the main magazine, being seen as a ‘technical’ subject. Where lighting is mentioned as part of a wider article it is still touch and go whether the designer is credited at all. And that may be despite the final look and feel being heavily reliant on their input.

But maybe that comes with territory? After all, not noticing the lighting is often considered part of the art. When a project is complete, we want people say ‘what a great space’ or ‘what a pleasing ambience’ after dark – rather than ‘what great lighting’. And where that happens the lighting designer involved can at least sit back and happily reflect that whether architectural lighting has ‘arrived’ or not, its practitioners are at least making a difference.