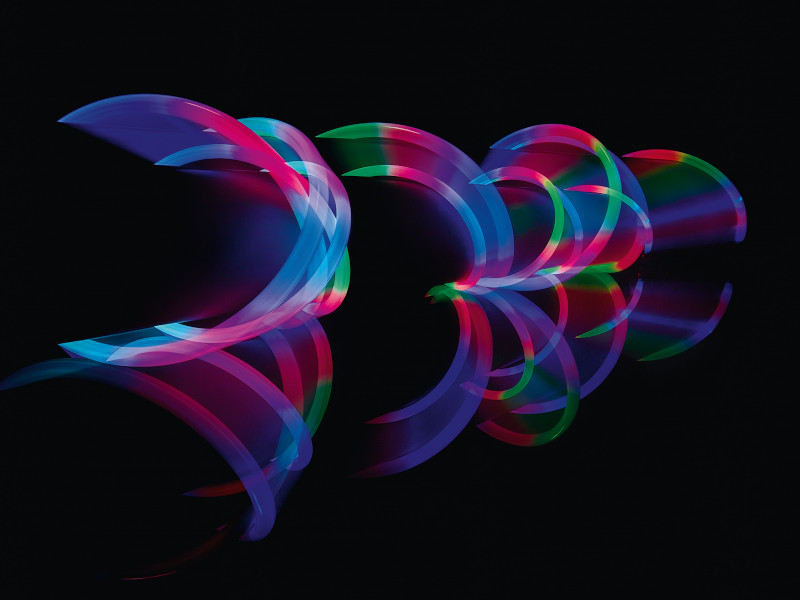 This year’s Design Plus competition at Light + Building in Frankfurt showcased a collection of lighting designs that were recognised for providing ethereal, elegant, timeless and ingenious solutions

Light + Building in Frankfurt is a beast of an exhibition. With thousands of new products covering every aspect of lighting conceivable, and a few that are inconceivable, it helps to have some sort of steer. The Design Plus competition, founded in 1983 and co-organised by the German Design Council, is not a bad starting point, showcasing the winners at the show last month.

This year a total of 34 innovative products received a Design Plus Award in the Manufacturers category. Most were luminaires but there were also a limited number of electrical products and innovations such as self-illuminating glass. Five were awarded Best Of status, with the rest deemed to be Winners. These were selected from 177 products submitted by 126 businesses from 24 countries.

There was also a ‘newcomers’ category for young design professionals.

The following selection of Best Of and Winners lighting products is an encouraging display of the degree of both aesthetic and technical innovation in lighting currently. There are some luminaires that are literally simply beautiful. Illan’s almost ethereal body comprises extremely thin, flexible laser-cut birch strips (certified FSC), cut along densely packed equidistant lines. So light is the fitting that it will move in a breeze. (Apparently, the term ‘illan’ indicates something temporary and fleeting in Hungarian.) Illumination comes from an LED ribbon on the underside of the top.

The suspension cables are suitably slender and discreet, so that the fitting appears to float. The pendant comes in a range of sizes – up to 1m in diameter – and is dimmable either using an external phase dimmer or a Dali/Push interface (which needs the installation of a connection with four or five cables).

— Judges’ verdict: ‘With its organic form, poetically reminiscent of a cornucopia, the pendant luminaire is an eye-catcher above any table. Thanks to its unbelievably fine filigree structure made of curved wood, it nevertheless appears wonderfully light and seems to float in space. A fantastically designed, timelessly elegant luminaire that serves as a decorative object during the day and creates a subtle play of light and shadow in the dark.’
luceplan.com Part of Luceplan’s range of dual-function fittings that both give light and absorb sound, the Trypta comprises three equidistant sound-absorbing panels in different dimensions arranged along the axis of a cylindrical body. There are two light sources at each end providing both direct and indirect lighting. The core of the panels is made of a high-performance soundproofing material, covered with a fabric offered in different colours. The body of the lamp comes in two lengths while the panels are available in a range of different sizes, enabling various configurations – flat, shifted and mixed – by combining panels in different measures and positions. — Judges’ verdict: ‘The design of the Trypta combines sound insulation with a clear design to create an elegant pendant luminaire that gives rooms a special atmosphere without being obtrusive. The wings are also available in different colours, allowing the luminaire to be perfectly matched to its surroundings.’
luceplan.com One of a number of variations on a theme, the Discovery Vertical 140 features an ultra-lightweight aluminium profile housing an LED strip that injects light into a technopolymer microprismatic surface.

The optics ensure a highly efficient, homogeneous light with both direct and indirect emission. This vertical version comes in different sizes – 700mm, 1,000mm and 1,400mm diameters – and is available in wall and ceiling versions (diameter 700mm). As well as the white light version there is an RGB colour option. — Judges’ verdict: ‘The Discovery Vertical is already special because it is not suspended horizontally, but vertically. With its circular, flat shape, it looks absolutely timeless and fits into many settings. However, its full optical effect becomes apparent in the group when the different-sized, cloudy, translucent surfaces overlap, creating a unique installation that lends rooms an unmistakable identity of their own.’
artemide.com

When oriented vertically Break-It functions as a downward-pointing point luminaire, but when used in pairs and fours, each two fittings can be joined together at the lower end with a magnet. The integral direction sensor recognises any new horizontal orientation and automatically switches to surface lighting. Further features include height adjustment (through cords hidden in the ceiling), tunable white capability, dimmer controls, and a Casambi module. Colour rendering is high at CRI >90.

Judges’ verdict: ‘Break-It is a pendant luminaire consisting of two cylindrical elements that can be connected by a simple mechanism to form a coherent horizontal luminaire. The fact that the luminaire also detects whether it is hanging horizontally or vertically and switches the light automatically makes it an original design idea that has been solved according to high creative standards in terms of form and function, offering genuine added value.’
oligo.de The Ghost series has always exemplified the triumph of lighting effect over light fitting. The range was developed so that luminaires could be completely covered with the same material finish as the wall, totally integrating the fixture into the architecture and creating discreet lighting effects. The latest incarnation is for cladding or plasterboard. It comes with an anodised aluminium recessed housing that can be finished in many different materials such as plasterboard, mosaic, ceramic tiles or stone finish. The aperture of the fixture has also been developed with a slanted front panel accessory in anodised aluminium that can be removed to take different types of material finish.
simes.com According to Austrian company Light Technology, LightGlass is the first industrially available, self-luminous glass. When switched off it has the appearance of normal multi-pane insulating glass, but when switched on it becomes a homogeneous, dimmable full-surface light source. The unit is made from standard float glass or extra-white float glass with a product-specific special frame as space holder. The illuminating medium between the panes is activated via the edge lights.

Once activated the glass becomes less transparent (privacy mode) and in certain versions specific sections of the panes can be made to separately light, dim, or remain clear.

There is also an option of a 100 per cent privacy version. The tunable version can range between 2700K and 6500K, while the Rainbow, as the name suggests, offers a full range of colours.

It is compatible with most control applications and can easily be set up to run using mobile apps and smart home platforms, from a laptop or, in commercial applications, using Dali or DMX. It also works with all typical functional and design coatings, Low-E Coatings and silkscreen/digital prints, as well as special soundproof and security glass.
lightglass.net Baschnja is rather ingenious in a deceptively simple way. Made of mouth-blown glass and anodised aluminium, it comprises three identical components that stack on top of each other (to a height of 850mm). In this configuration, the components can be lit independently and also rotated individually to cast light where it’s needed in different parts of the space. They can also become three separate portable fittings, each with its own handle. Cling is a clever, adaptable concept, produced using the SLS (selective lasering sintering) 3D printing process, and comprising 10 hinged, movable lamellas with internal LEDs that form the luminous surface. Laid flat it produces an even, diffuse plane of light, but it can also be draped over an edge (a shelf, the top of a chair), in which case stronger light breaks through the resultant gaps.