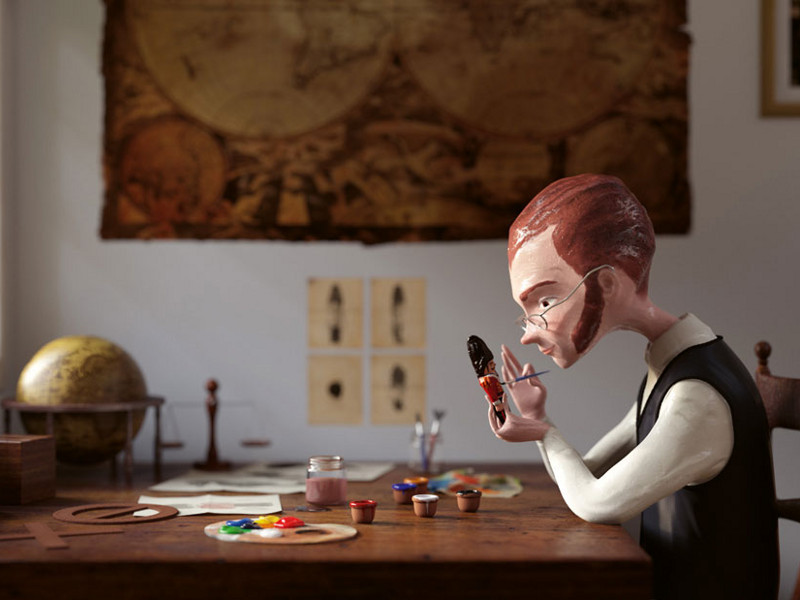 The fact that lighting designers hail from a wide variety of different backgrounds and academic studies – from engineering and architecture, to theatre lighting and product design, to name four typical provenances – is an indication not only of what a broad church the profession is but also the universality of lighting principles.

Each discipline informs and influences the other, hybridising the artistic and scientific. Writing of the influence of theatre lighting design, for instance, BDP head of lighting Mark Ridler once observed that ‘in addition to being a wellspring of inspiration, theatre continues to have a profound effect on the theory and practice of architectural lighting design’. In soft lighting the form shadows become much softer, and there is less modelling of the forms in light and shadow But ultimately what unites these different approaches and forms the lighting bedrock is that the artistic intention is often the same whether the arena is stage, screen (cinema and computer), restaurant or shopping centre: to create atmosphere, to highlight objects or people for special attention, to exploit light and shadow to model the space. A recently updated book, Light for Visual Artists, by Richard Yot, is a good example. Yot is an illustrator who works in both traditional print and digital media. His clients have included Disney, HMV, Jamie Oliver and Channel 4. I have to admit, despite having authored three books on lighting myself, including one for the same publisher, that I have only just come across this title. Published originally in 2010 and now revised in a new edition in 2019, it is aimed, as the title suggests, at those working in the visual arts, which might explain why so far it has been under my radar.

In fact, it is an excellent, comprehensive and, perhaps most important, highly accessible guide to lighting whatever aspect of it the reader is concerned with, but in this case it is ideal for designers. In this subway station there is no natural light, because the tunnels are built deep below the surface. Here artificial light is essential, and its design is very functional: the uplighters reflect back off the white ceiling, which is essentially being used as a cheap and convenient diffuser

There is no doubt that lighting can be a little scary for the non-specialist. Its importance to a space can be easily recognised and acknowledged, but both technical guidance and most textbooks on the subject seem to emphasise its knottier aspects. The intimidating pronouncements, calculations and prescriptions rather sap the joy out of the thing, reducing a sunset to lux levels and discussions of mesopic vision. Sunlight shines directly onto the character’s face to pick him out against the dark shadowed background. The long shadows on the side of the face help to increase the contrast and draw the eye to this focal point area of the illustration This version uses diffuse skylight to achieve the same effect but with more subtlety. The contrast is lower but the light from the window is still picking out the character’s face and separating it from the darker background Yot, on the other hand, relies on a highly visual approach, minimal but not simplistic text, and graphic simplicity to demonstrate what light is about, how it works and how it affects things. He wanted, he says in his foreword, ‘to present the information in a concise and accurate way, mixing both scientific and artistic concepts together in an accessible manner. It was always my intention for the book to be aimed at a very wide audience... Anyone whose work depended in one way or another on light to help tell a story.’

It is divided into three sections: Lighting Fundamentals, People and Environments, and Creative Lighting. The first part, the most substantial tranche of the book, is probably one of the most comprehensive but straightforward introductions to the fundamentals of lighting that I’ve come across. Under 10 chapter headings it explores basic principles, light direction, natural light, indoor and artificial light, shadows, how we perceive surfaces, diffuse reflection, specular reflection, translucency and transparency, and colour. Within those general headings, Yot explores every facet, from surface properties and qualities to colour and tone, and a good deal in between. Explanations and definitions are succinct but not superficial, and every aspect is clearly illustrated both with graphics and engaging photography.

Light for Visual Artists: Understanding and Using Light in Art and Design

The second section is divided into Light and People, and Light in the Environment, exploring issues such as skin tone in the first part (so essential to consider in spaces such as restaurants or cosmetics departments, for instance) and the qualities of both natural light in exterior and interior spaces. This is briefer, less detailed and less instructional than the first section, but provides food for thought/inspiration.

The third section, Creative Lighting, is a diverting trawl through film scenes, animation and works of art, demonstrating the use of light to evoke mood, enhance characters, provide narration and focus the viewer’s eye: all providing object lessons and basic principles that can also be applied to everyday environments.

A good measure of the book is that a lighting professional would find it useful but a layperson browsing in a bookshop would probably find themselves flicking through the pages, increasingly fascinated by the content.

Perhaps one of the most valuable pieces of advice to emerge from it concerns the importance of observation: ‘Most people go through life taking light for granted, never really noticing how it looks, where it’s coming from or what qualities it might possess,’ says Yot. ‘It takes a leap of the mind to start really noticing the actual qualities of the light around you. To get the most from this book you are going to need to make this leap. Start looking and start noticing.’