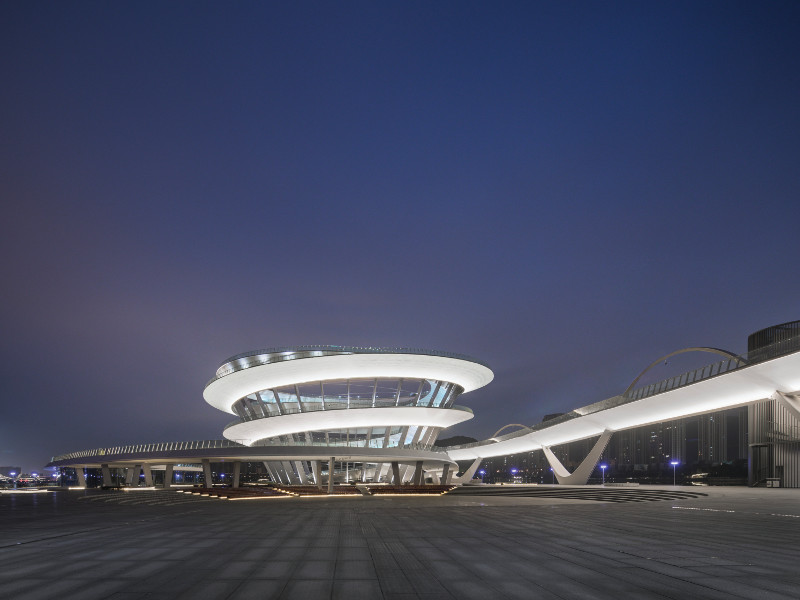 The 36th IALD International Lighting Design Awards honoured schemes from across the world. Jill Entwistle takes a close look at four of the winners

Winston Churchill apparently once sent his pudding back on the grounds that it lacked a theme. It’s rather like that when reviewing award-winners. It is helpful to draw conclusions, identify a trend or spot some kind of synergy. But awards aren’t always that straightforward or obliging. In fact, as any awards judge knows, one of the most challenging aspects of the process is comparing unlike with unlike: the low and big budget, the simple and the complex, the modest and the grandiose. But one thing that unites the four IALD Award of Excellence schemes featured here, which include the crème de la crème Radiance award, is that they all demonstrate the significant impact a good lighting scheme can have on the nightscape. While the concern for overlighting, light pollution and energy usage should inform any exterior scheme, it is clearly also important that beautiful landmark buildings shouldn’t disappear at dusk.

A continuous, uniform band of light wraps around the curved structure of the Meixi Urban Helix on Lake Meixi, a natural extension of the architectural concept that merges the natural element of water with the man-made structure. The infinity theme is emphasised by keeping all other structural elements – the radiant vertical helix columns and the undulating wave structure of the bridge – dark in contrast.

The effect is achieved with concealed linear LED cove uplighting to the ramp canopy. The visual depth stems from the RGBW-capable luminaires that are adjusted to distinguish the outer ramp surface from the inner surface. All other lighting uses similar motifs and curves to emphasise helices, the flow of water and the spiralling nature of the structure itself. On the perimeter of the inner ramp, miniature marker lights guide visitors up and down the helix, while also providing sparkle. Their low-level output means they avoid disrupting the panoramic night-time views for visitors.

Radiant in-grade lines also replicate the paving pattern that begins at the centre of the helix. Concealed step lights and under-bench lighting accent the stage and steps. Miniature in-grade LED uplights highlight the edge of the vertical structural elements, generating the image of a spiralling ribbon, another fluid design element.

Judges’ Verdicts
‘An excellent integration of lighting with the overall structure.’

‘The team from Office for Visual Interaction succeeded in ensuring every lighting effect truly mirrors the intent of the architects in combining water and urbanity.’ A new lighting scheme marked the 500th anniversary in 2018 of the construction of the iconic tower of the Cathedral of Our Lady in Antwerp. The scheme complies with the city’s overall masterplan, an initiative that aims to minimise light pollution, use sustainable lighting practices and showcase Antwerp’s historic architecture.

The linear LED floodlights integrated into the facade turn the building into a dramatic presence at night. While the previous sodium fixtures blurred and blunted its appearance, the new, cooler white light delineates the architectural detailing and emphasises the geometry. The judges also noted that the harmony of detail extended to how the cathedral fits in with the cityscape, acknowledging that balancing the scheme with the shifting master lighting plan of Antwerp was ‘no easy task’.

To offer the city more lighting options, a DMX controller was installed so that lighting can be preprogrammed for holidays or special events, and also adds to the energy savings. On that note, while the number of luminaires has increased exponentially, the new floodlights and other lighting effects cut energy costs by 40 per cent.

‘The balanced brightness of this facade lighting scheme with the surrounding neighbourhood building facades is well produced— brighter but not extremely so. The entire composition of the exterior night-time environment of the community is improved. The use of cooler colour temperature for the higher elevations is a masterful choice to create greater depth of field to the observer.’ The design of the museum flows smoothly into the curve of the plaza, itself a reflection of the curves of the iconic Eero Saarinen-designed Gateway Arch. The brief was to create a stunning design that would allow visitors to make a smooth transition from the vast, unobscured daylit park and plaza through the glazed entrance to the underground floors while remaining within project constraints. The light emanating from the underground plaza invites visitors into the renovated train lobby that leads them to the expansive exhibition space.

To mitigate the contrast with daylight and to ensure the integration of the lighting involved working with the architect, ceiling manufacturer and lighting manufacturers at an early stage, as well as full-scale mock-ups and detailed calculations. ‘Vital decisions were made regarding material choices, finishes, installation, and how to handle the complex wiring and location coordination for conduits and drivers,’ says lighting designers Tillotson.

The glowing lobby ceiling designed by James Carpenter features tunable white LEDs integrated and concealed in aluminium tubes. Multiple runs of the LEDs are separately zoned for gradual dimming or alterations to colour temperature – ranging from 2700K to 5500K – as the ceiling curves down towards the exhibition space. These can also be programmed for event scenes. The design also includes glowing perimeter light coves inside each of the coffers, creating a transition space between the dark exhibition and the low-lit underground tram entrances. ‘This offers a mellow environment for visitors to meet, rest or dine,’ says Tillotson.

‘A fantastic expression of the architectural form.’

‘A demonstration of how to ... ensure a smooth and comfortable experience for visitors so that the lighting is not oppressive or overwhelming, but a gentle guiding presence.’

The 19th-century Kimpton Fitzroy hotel in Bloomsbury was designed by Charles Fitzroy Doll (who subsequently designed the Titanic’s dining room) in 1898. One of London’s grand old establishments, it has undergone an £85m facelift that has included literally bringing its typically intricate and ornate Victorian facade – thé-au-lait terracotta – to light.

The scheme is nuanced and restrained, revealing key details and creating a careful symmetry. The elaborate architecture is used to conceal a combination of low- and high-output fittings that balance the intensity across the entire building. These effects were considered both from the perspective of the entire building as well as on each individual level, creating linear compositions of light. From the two towers that frame the main entrance to the many columns, the building features multiple tall elements throughout. For the ground level columns 10W 10-degree uplights are used, while the first floor balconies are uplit by 7W 10-degree fittings. The turquoise turrets and corner domes are washed by 10W nine-degree and 59-degree linear grazers to throw light upwards.

‘The design features heavy shadowing against the tiling, adding drama for street-level viewers as well as viewers further away in the square,’ says Ben Ferris of Lighting Design International.

Lighting effects are repeated across levels in part because of the limited viewing angles due to the trees and other buildings in Russell Square. These frame each facade, illuminating the structural lines of the building. To strengthen the frame of the building, each window reveal includes 1.7W 12-degree highlighters aimed at the corners of the building and positioned to ensure they do not spill into any guestrooms.

‘How an intimidating building can be ‘made beautiful and simple with thoughtful considerations.’

‘It is about lighting the key elements and selecting elements that they do not illuminate as well, providing beautiful layerings of light.’ 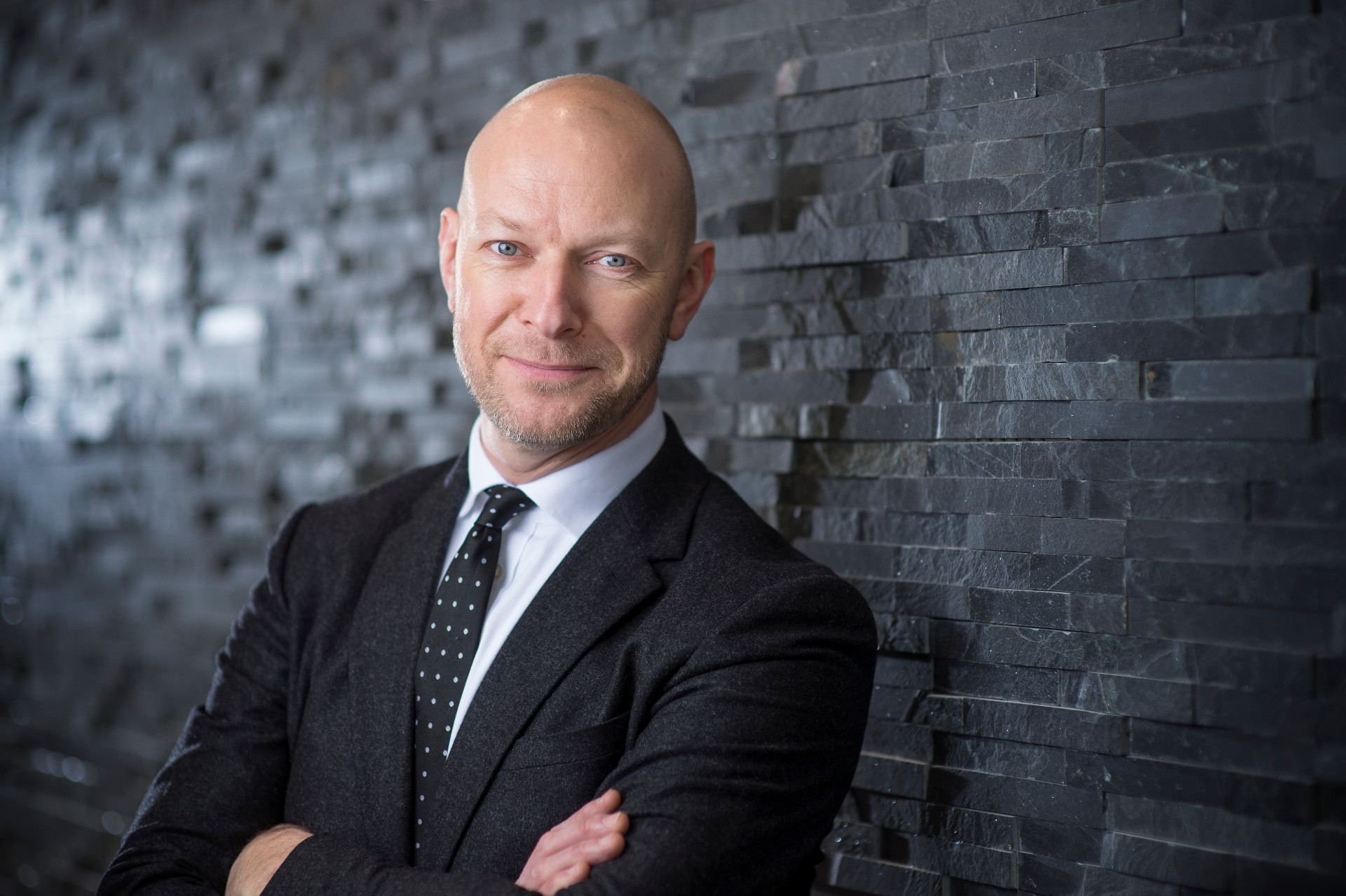