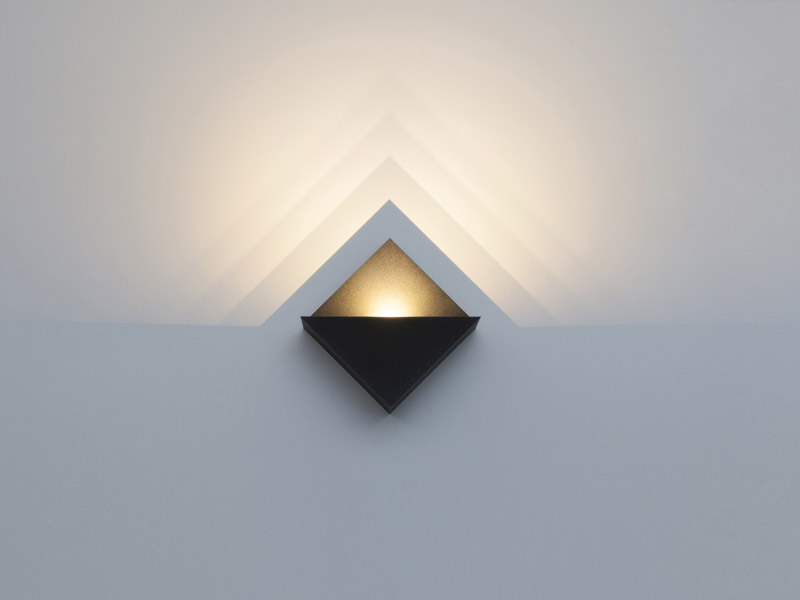 There’s an element of emperor’s new clothes about a lot of new lighting launched at exhibitions. The publicity material is invariably effusive bordering on hyperbolic. Descriptions imply that some kind of spiritual experience has transpired during the process of creation, a design epiphany, and the result is this venerable and apparently venerated object that sits before the onlooker, which – despite much scrutiny and one’s desire to be obliging – bears a remarkable resemblance to quite a few of the other lights that have preceded it over the years.

There is, of course, no point in reinventing the wheel, and perhaps it is the shallowness of the journalist to crave constant novelty for the sake of an angle, but surely architects and interior designers are cheered by something that stops them in their tracks for a change, or a product that, if it does not break moulds, at least refines a concept to the point where it is breathtaking in its perfection of a particular form?

For lighting designers, the grail is likely to be technical, a fitting whose performance exactly fits the bill for a particular project or whose future potential application is readily perceived – the tightest, purest pinspot, an optimum optical distribution for a specific purpose, or the long-sought solution to an installation problem. Put less prosaically, what they are looking for is light effect – fittings that allow them to paint with light.

The following luminaires and lighting systems, all seen at this year’s Euroluce in Milan, all open up possibilities – they play with light and shadow, or literally bring a new perspective to the placement of light, not only allowing but inspiring creativity in a space. No hype required. The Sticks collection by Arik Levy is reminiscent of the work of light artist Dan Flavin, who used fluorescent tubes to change the viewer’s perception of a space. Each stick rotates on its own axis, so that the light source can be directed freely, and as well as mounted on horizontal or vertical planes they can be set at angles, connected from one wall to another, or from the floor to a wall or wall to ceiling. Not only can light be directed precisely but the fittings and lit effects can form a sculptural composition. It is a ‘creative toolbox’ as Spanish company Vibia describes it. Made of aluminium with polycarbonate diffuse, they come in a black finish. Maarten de Ceulaer’s Gradient collection from Vibia can be used indoors or out, and exploits light and shadow effects. The geometric shapes provide soft illumination while casting a gradated pattern of shadows on the wall, creating a sense of depth and perspective. With a polycarbonate diffuser and aluminium body, they come in circular and diamond versions, and white, black and terra dark finishes. There is much talk of minimalism in lighting, but there is no doubt that Davide Groppi is master of the art. He pares it down and then some. Ohm is a unipolar wire that stretches from wall to wall and from which the slim LED spotlight is suspended. The circuit is closed, thanks to another very thin, almost invisible conductor. The focus is the lit effect not the fitting. Each spot is 8W (2700K/3000K, CRI 90) with an output of 840 lm. Designed by Alessandra Dallagiovanna, Pagina has the simplest of elements: a sheet of paper, a ‘pen’ and an LED (3.6W, 330 lm, 2700K/3000K, CRI 90). The paper has micro suction cups so that it can be fixed to a wall but also easily moved by the user to create waves and three-dimensional effects. The LED pen placed on the curve of the paper produces intricate patterns of diffused light. Tord Boontje’s Luminous Reflections series from Swarovski Crystal Palace was first introduced in 2017 and now includes a new pendant design in three variations and a table lamp. The smooth, unfaceted crystal components were the first of their kind to be launched by Swarovski. With a discreetly positioned LED, their fluid surfaces create a rippled effect that radiates soft light, evoking the idea of shimmering sunlight reflections on water. Created by Swarovski Designers of the Future winner Marjan van Aubel, Cyanometer uses solar power made more efficient by white opal crystals – by cutting the glass at certain angles, the light is refracted in a way that focuses more intensely on the solar cells, increasing its efficiency. This portable solar crystal (not shown) harvests light during daylight hours, then once placed into a docking station it powers a light installation. Meanwhile, the opals used for the ring-shaped fitting seen here scatter the light in the same way that the sky does. Collecting light rather than refracting it, they emit soft hues of blues, pinks and reds to mimic the 24-hour cycle of daylight. Cyanometer takes its name from the 1789 invention that was used to measure the colour of the sky, and comes as a floor lamp, ceiling lamp and a wall light. La Linea is another BIG idea (the architectural practice also designed the Alphabet light and the Gople lamp for Artemide). A deceptively simple-looking product it involves a degree of technological innovation. A flexible tube of light, which can be twisted and turned into any shape, it can be used for interior and exterior spaces. Each element is 2.5m or 5m long, but they can be melded together by means of joints concealed inside the profile without visible shadows. It generates an even, diffused light through a patented optical unit. With a minimal footprint, it can either be used discreetly so that only the lit effect is visible, or in three-dimensional form and fashioned to create a sculptural feature. It’s quite tough as well – its mechanical and structural characteristics enable it to be specified for extreme climatic conditions, tolerating temperatures from -20°C to +40°C. People can also interact with it – ideal for public spaces, as its emission can be controlled by an Artemide app, a light management system developed by the company for all its LED products.

Originally circular, Ernesto Gismondi’s Discovery is now also available in four-sided versions. It also now features coloured and tunable white light. RGBW (red, green, blue, white) LEDs allows any hue and saturation, in addition to pure white, which can be modulated from warm to cool. The construction remains the same with a lightweight aluminium frame holding an LED strip. This injects light into a clear PMMA surface with a pattern of distributed micro-incisions for efficient, uniform and glare-free light.