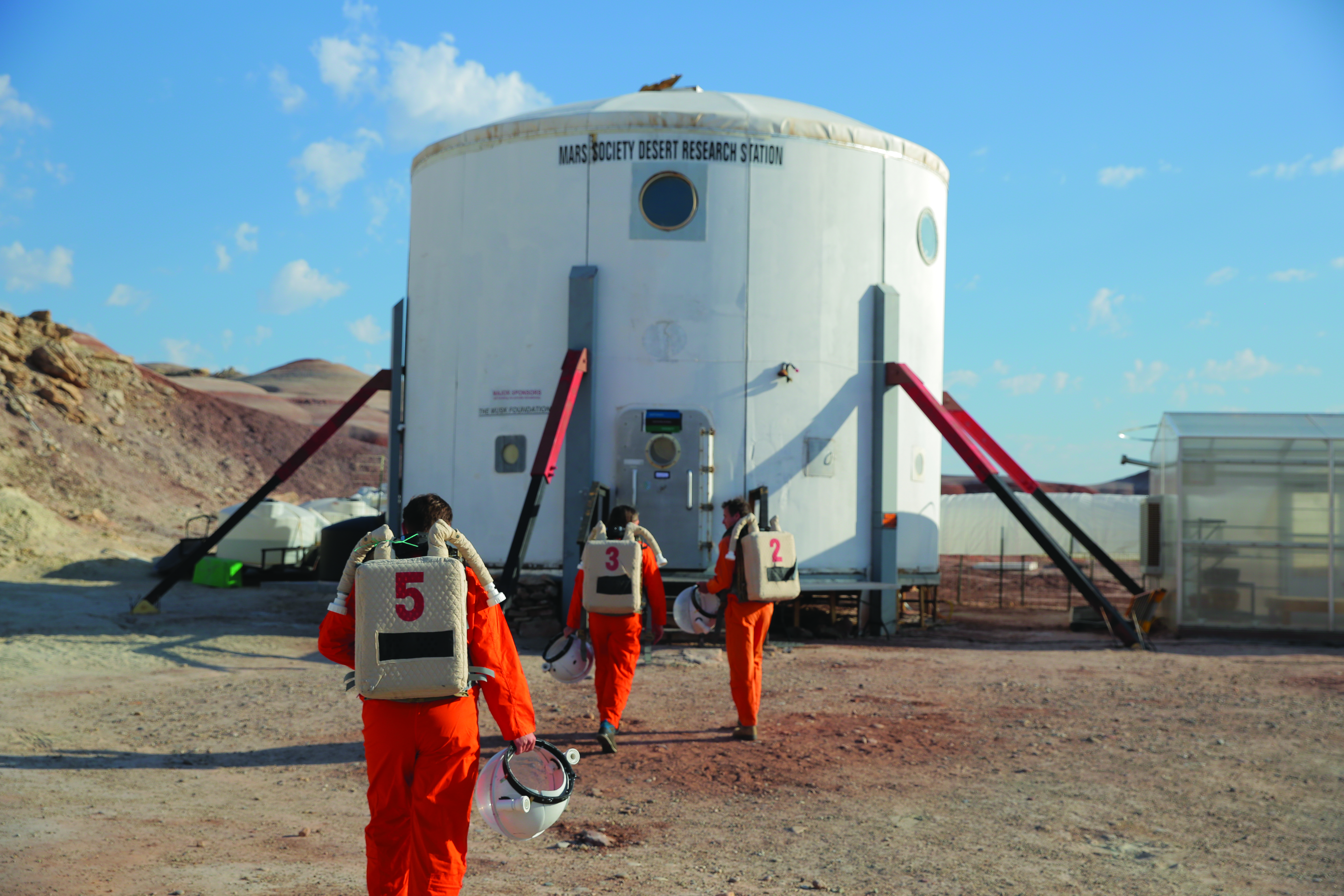 Letter from Älmhult: Cate St Hill visits IKEA’s 'House of Curiosity' in the remote Swedish village where the brand began, to talk about upcoming designs and collaborations — including their expansion into space

No doubt we all own something from IKEA, but now the Swedish furniture giant is taking its manifesto of making good design available to the many even further afield, with new collections that will see its products pushed across every corner of the world – and even into space. At this year’s Democratic Design Day 2017 (7–8 June) — IKEA’s annual global event that invites the media into its ‘house of curiosity’ in the remote Swedish village of Älmhult, where Ingvar Kamprad opened the first IKEA store in 1958 — the emphasis was on collaboration as a host of announcements were made.

Not content with working with Europe’s best designers, the likes of Tom Dixon and Piet Hein Eek, IKEA’s latest partnerships see it pair up with researchers and start-ups, fashion designers and music artists, astronauts and scent specialists, all with the aim of appealing to as wide an audience as possible, in particular untapped markets such as Africa, India (where IKEA plans to open 25 stores in 15 years) and Brazil.

For IKEA, Democratic Design means making sure all of its products meet five key principles: form, function, quality, sustainability and affordability. ‘We want to look at the bigger picture, rather than just making products. What is a home? How do you furnish it? Can we create architecture?’ says Marcus Engman, head of design at IKEA. ‘Our challenge in the future isn’t to sell more products to the same people. It’s to create a better everyday life for everyone, not just in the Western world.’ The most out-there collaboration, literally, is with NASA.

Working with students from Sweden’s Lund University School of Industrial Design and NASA’s space architects and engineers, who already run an educational programme together, IKEA is investigating the implications that living in extremes in space can have for small-space living on Earth. A team from IKEA is currently stationed at NASA’s desert research centre in Utah, exploring what it’s like to go to Mars on a real mission.

They’ll be looking to solve the interior of the habitat NASA is planning to put on Mars. Responding to the challenges of urban living, their findings will also help develop new, compact, solutions and sustainable strategies for the future home, resulting in a new ‘curious collection on space’ to be launched in 2019.

Also concerned with micro living and planned for 2019, IKEA’s collection with American architecture graduate, fashion designer and DJ, Virgil Abloh — founder of Milan-based streetwear brand Off-White — explores how a buyer’s first home can be personalised, targeting millennials and young home owners across the world with small spaces and tight budgets. ‘My friends and I, we’re educated by Tumblr and these streaming images of things we’ve never seen in person, and now my goal is to make those things real so people can live with design,’ says Abloh.

The SPÄNST collection, out next May, similarly pairs with American streetwear designer Chris Stamp to create products for a young audience which takes pride in storing and displaying its favourite things. There’s minimal Perspex boxes for trainers, a lamp that appears to be made from three light sabres tied together and even IKEA’s first skateboard. Teenage Engineering products get a work out

Upcoming collection FREKVENS, created with Jesper Kouthoofd of creative musical collective Teenage Engineering, will meanwhile explore how to throw a great party at home with products including an electronic choir and vinyl player, launching in February 2019. Another collaboration with Ben Gorham, the former professional basketball player and Stockholm Art school graduate, who set up cult scent company Byredo in 2006, will explore new ways of incorporating scent and challenging the way it’s perceived in the home (for 2019).

‘During research when we asked people what makes a home, scent emerged as one of the most important parts. And it’s kind of an invisible design, it’s something you cannot see. I would like to see us doing something a little out of the norm: instead of just another scented candle, could we reinvent how you scent your home?’ says Engman.

Expanding its reach beyond Europe and the USA in its quest for world domination, other collaborations in development for 2019 include four handmade collections as part of the IKEA Social Entrepreneur Initiative, teaming up with social enterprises in Thailand, Romania, India and Jordan to offer opportunities for discriminated minority groups and women living in remote areas.

In the meantime, there are crowd pleasers from Tom Dixon, Piet Hein Eek and Danish design duo HAY. Dixon’s DELAKTIG (February 2018) is a modular sofa with a strong, lightweight aluminium frame that brings to mind the shape of the iPhone; Piet Hein Eek is exploring ways to build uniqueness into mass-produced items with INDUSTRIELL (April 2018); and HAY has created a 72-piece collection of understated staples called YPPERLIG for this October. There really is something for everyone.