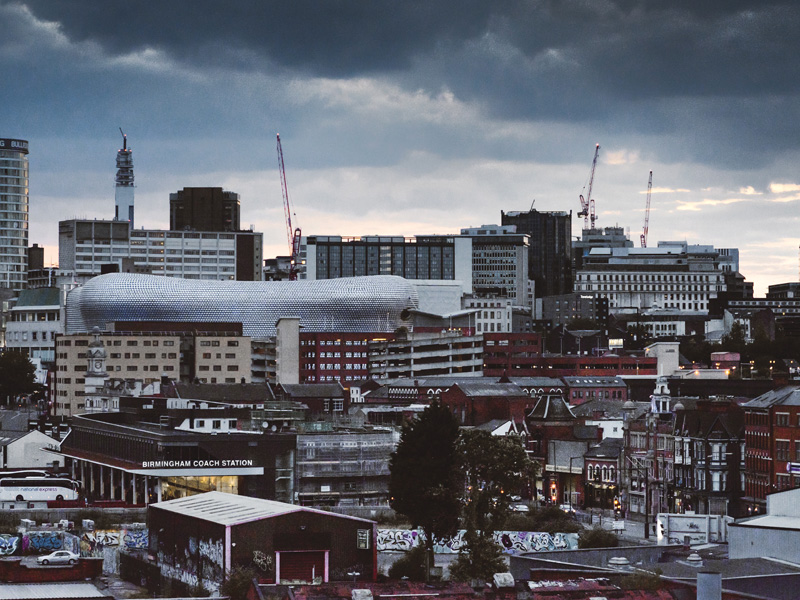 With HS2 underway, a new station to integrate it with the city at large, districts being developed and the skyline changing year by year, it’s the place to be, says Tariq Shaikh

Birmingham and the West Midlands are at a turning point in history. Since I was a student at the Birmingham School of Architecture and Design back in the mid- Eighties, people have talked about the potential of Birmingham and certain districts in the city – and now we’re really starting to see it.

In the past years we have witnessed the pedestrianisation of New Street, the successful development of Brindley Place, a major retail destination transforming the town centre with the Bullring, and a major railway station that every Brummie is proud of.

With massive developments to further improve the Paradise and Snowhill commercial developments, there are significant changes underway, but this is still only a taste of what’s to come in the next 10 years. HS2 is now in progress and work has started on site, breathing confidence into the market. Understanding the finer details of how the station will integrate with the city fabric allows those opportunities for development in the surrounding areas to finally undergo their own planning processes.

The Martineau Galleries masterplan neatly ties the growing commercial district with the proposed HS2 Curzon Street station, while providing the much needed high-quality residential apartments in the centre of town.

Once the desire lines have been appreciated, the urban planning of these sites can create 24-hour districts with their own sense of place that tie into the existing and future fabric of the city in a way that gives these developments the biggest chance for success.

The city council is also in the middle of a dialogue process to select a partner with which to proceed the development of the 44-acre site that is Smithfield Market.

This will be the largest urban regeneration scheme of its type in Europe when this gets underway, and will create a chance to plug in those essential parts of a city that Birmingham is currently missing.

Sandwiched between Smithfield and HS2 is Digbeth. This is an authentic, vibrant, creative district peppered with designers, artists and makers of all descriptions, whose enormous potential has been somewhat ignored for the past few decades. However, pincered between these two massive infrastructure projects, and with the addition of new tram routes connecting Digbeth via HS2 to Five Ways, surely investment will come to Digbeth at last.

Perhaps most significantly for all these upcoming developments, we are at a time when we can see a little bit into the future, most specifically with the advent of electric vehicles and the potential of driverless cars. The future demand on providing car parking will be massively reduced, and the integration and incorporation of pick-up and dropoff points throughout the public realm will be increased.

As built-environment professionals, our ability and commitment to support the UK’s regions will hopefully play a valuable role in ensuring the delivery of vibrant communities of the future. Delivering for a community mustn’t come down solely to constructing anew. It’s also about taking a hard look at our existing systems as well as structures and giving our rich heritage a fresh lease of life, a renewed context, and we, in Birmingham, are excited about being part of such a transformative story. We’re excited to be at the epicentre of this movement; being a part of creating history through design, the value of which will be felt for years to come.