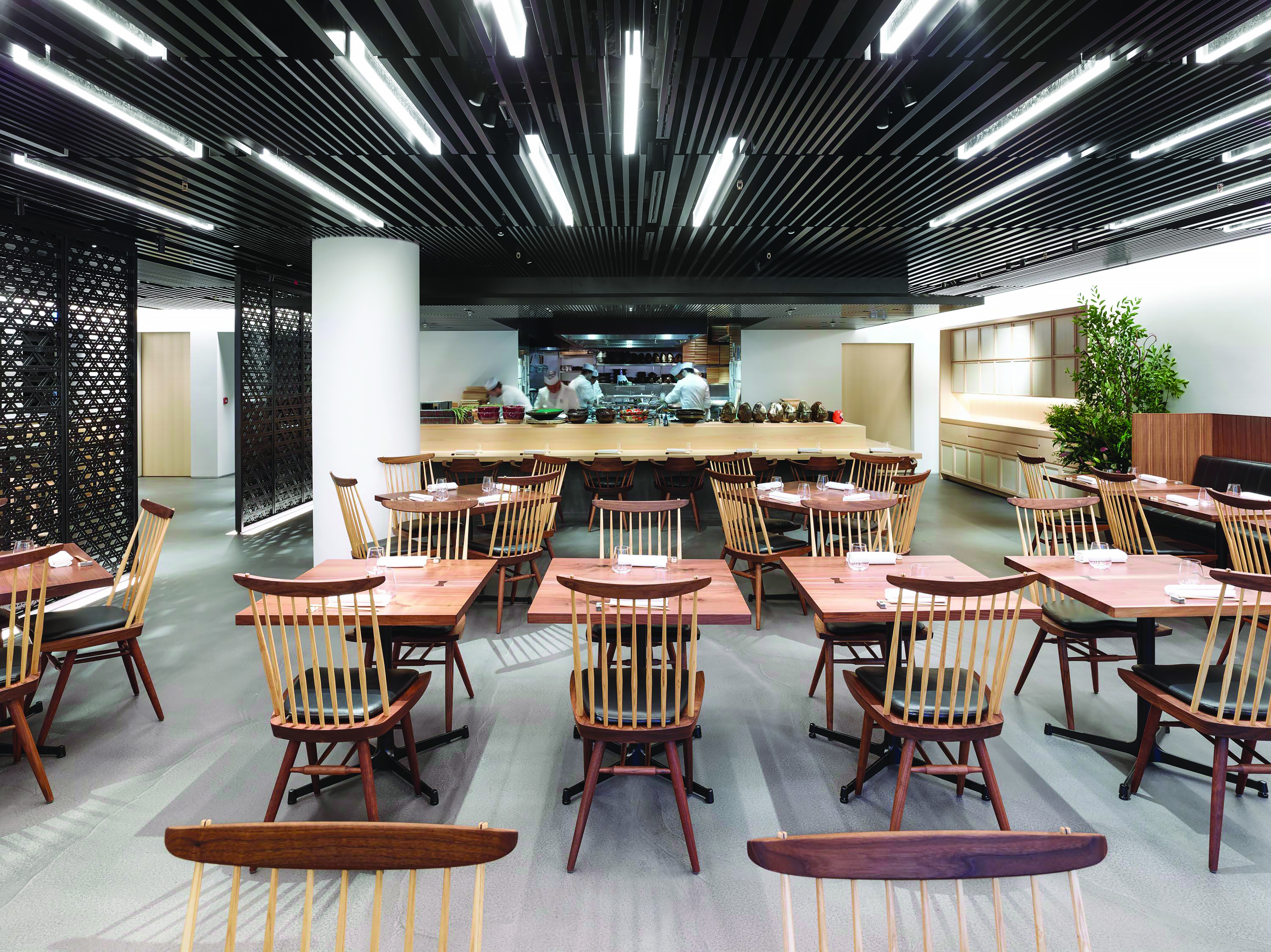 Offering a welcome to Japan, without the clichés and stereotypes, the designer aims to create a view of Japan that references the country’s deep-rooted concepts in a contemporary way

Japanese culture has always been elusive, shrouded in misconceptions and stereotypes. The phrase conjures images in the mind of iconic animations, picture-perfect scenes of Mount Fuji and the conspicuous appearance of the geisha. Historical and media accounts of life in Japan continue to perpetuate these readymade images, with Wes Anderson’s recent film Isle of Dogs coming under fire for subscribing to this stereotypical model of Japanese culture.

Borne out of this misconception, as it leaves footprints of cultural fictions across the globe, came the project Japan House. With a vision to educate and facilitate a more nuanced understanding of life in Japan, it is creating a number of hubs in major global cities. London is the third city to host Japan House. Through performance, food and drink, retail, exhibitions and a library, Japan House London will bring the city a unique, authentic insight into Japanese culture. The shop, where the lines between retail and gallery are blurred, introduces Japanese products, their provenance and the designers and artists who make them

The cultural hub will be a moment for visitors to reflect not on what they know and perceive Japan to be, but what they are yet to know about it. It provides space to realise how little they knew of the complex nation. Chief creative director of the global Japan House project, Hara Kenya says: ‘For people who have not thought about Japan, for those who think they do, and for Japanese people themselves, I hope that at each encounter with Japan House there will be fresh discovery.’

In order to fulfil this ambitious proposition, Japan House London needed an architect who could build this idea. In Katayama Masamichi, principal of Wonderwall, it found a shared vision and the potential to make this a reality. Take-away drinks and snacks bar at the entrance to Japan House, The Stand is where to try authentic Japanese hot and cold drinks and food

Masamichi says of the design for Japan House London that he wanted to break away from the conventional stereotypes of Japan, adding that ‘I wanted to show something more than that, show that we have something original and more authentic which has developed throughout the history of Japan.’

The design of Japan House London is built around the idea of the ‘void’ and ‘emptiness’. In Japanese culture, a void is not empty space but open space. Referred to as ‘Ma’, the idea is temporal. It is can be illustrated by the pauses in a conversation. Although they are perceived as silences, they can say a lot. ‘Ma’ asks the observer to see spaces between objects for what they provide and not the gaps they leave.

This spaciousness is synonymous with Japanese design and was popularised by German architect, Bruno Taut, after visiting the Katsura Imperial Villa in Kyoto in the Thirties. Masamichi noted how this was influential in his design for Japan House London, saying ‘Bruno Taut mentioned the idea of how relationships are important in the creation of space. When he went to the Imperial Villa he thought about what is important in creating the space – the relationship between people and things.’ He continues: ‘I conceived Japan House London as something that can create this totality of space – which incorporates the visitors, the events and the food, the retail – all these factors strive for totality.’ The exhibition space, with the Japan House London’s inaugural show of work by Sou Fujimoto

Central to the space is a monumental steel staircase, wrapping around a glass tube lift. This connection provides openness between the three floors, through a void that provides a moment to pause. It is an exemplar of the ‘Ma’ notion. It was so important to the design that it was custom-made in Japan and shipped to London, where it was assembled piece by piece.

Masamichi’s design for the restaurant is rooted in the Japanese space, doma. In Japanese houses, where you must take off your shoes to enter, the doma is the area between the indoor and outdoors that forms a threshold.

Visitors can keep their shoes on here and are allowed a space to gather and talk. A doma usually has a kitchen, which creates a sensual experience of sights, sounds and smells. A grill will crackle in the background of neighbours chatting and laughing against the warmth of a fire. Japan House London’s restaurant contextualises this idea. ‘You can see the sake bar and you can come in and have a chat there.

Then you can come into the restaurant and from there see the kitchen where you can see and hear the Japanese barbecue,’ Masamichi says: The idea is ingrained in a sense of community and the blurring of the public and private space. KI’s Opt4 chairs are used in The Hall

Away from the main restaurant, is a traditional tatami room. Thick, woven straw tatami mats, from where the room takes its name, line the floor. The windowless enclosure is offered as a tranquil, private dining room, hidden away from the busy main space.

The shop at Japan House London encompasses the entire ground floor. It presents a carefully curated selection of Japanese products, presented in a gallery format that celebrates the artists and designers behind them, fixing them into the historical and social context that Japan House seeks to celebrate.

Haba Yoshitaka of BACH has curated a library at Japan House London that provides a revolutionary book display, in an increasingly digital world, intended to encourage visitors to pick up and engage with the books. The book display will change periodically, while the most recent display is around the theme of Japan’s ‘mingei’ folk art movement that developed in the Twenties.

On the lower ground floor is the exhibition space. Being inaugurated by Sou Fujimoto’s Futures of the Future exhibition, the gallery celebrated not what the Japanese architect did – but what he didn’t do. It reflected on his unrealised works, alongside a few of his seminal structures, such as the 2013 Serpentine Pavilion. The gallery’s second exhibition, The Biology of Metal: Metal Craftsmanship in Tsubame-Sanjo, which opened in September, delves into a lesser-known aspect of Japanese design. It looks at the northern Japanese district home to the small metalworking factories and workshops that distribute their products and skills around the world – from the majority of Japan’s specialist cutlery to the metal-polishing techniques used to create Apple’s iPod casings. In The Hall, stacking Opt 4 chairs enable the space to be flexible

Alongside the extensive gallery and library space is The Hall. The open room provides flexibility to deliver lectures, seminars and shows in conjunction with the exhibitions held in the main gallery space. The Hall is a blank canvas, made practical by KI’s Opt4 chairs – a simple, refined chair which allows high-density stacking, so the space can be immediately transformed.

The beauty in this project isn’t in one aspect alone. It isn’t in the restaurant, the shop, the library, the exhibition space or even in the serene tatami room. Japan House London is beautiful in the entirety of the project – so much more than just a sum of its parts. Masamichi put it best when asked what his favourite aspect of the design was he remarked, ‘I would say the entire space’.

Kitchen and Restaurant Fit Out
EDO