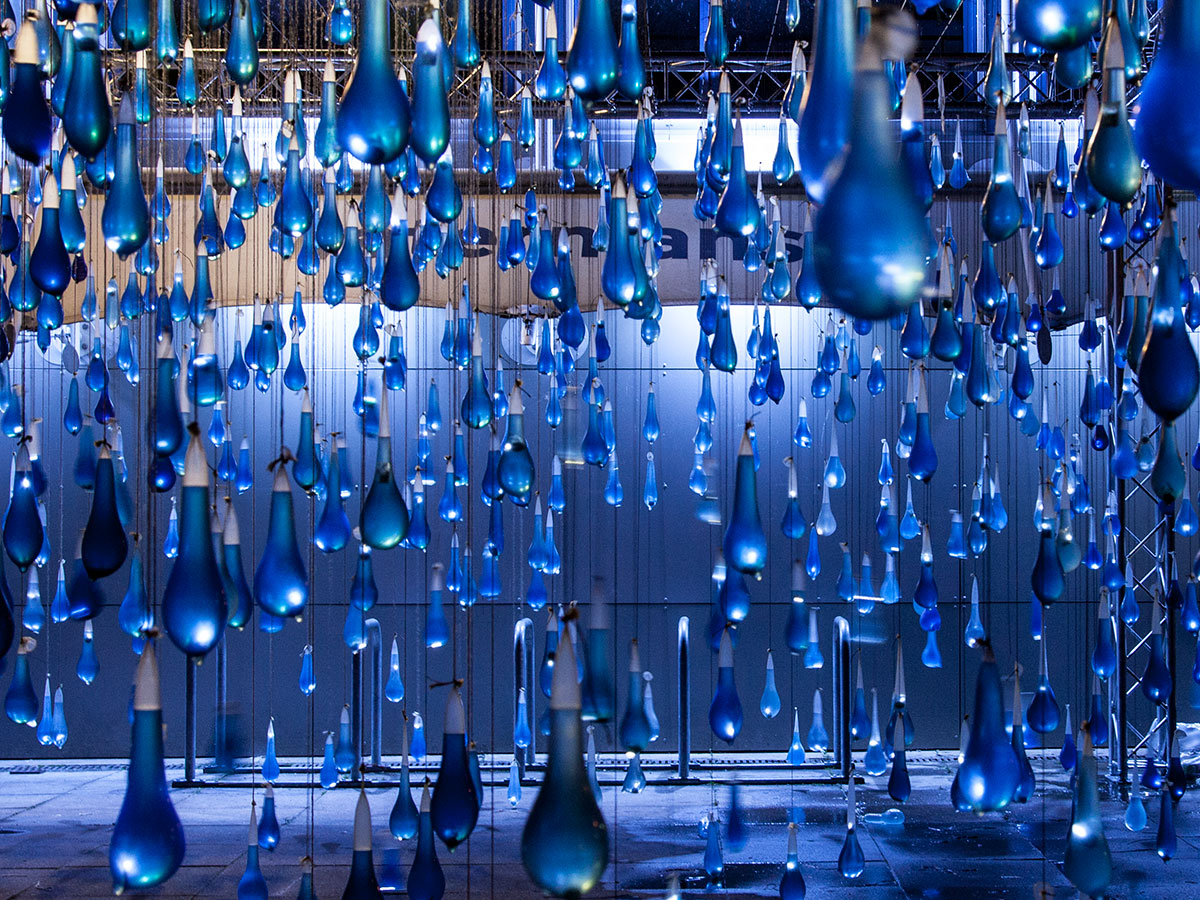 Luzinterruptus - the anonymous art collective - has created an intriguing and striking installation to evoke the importance of water.

Using an unusual choice of material, the Spanish group showcased the vital need for water with an 'Interactive Rain' concept. In fact, the material used was 3,000 condoms. That's right: various sizes (though mostly extra-large) of the common condom were the basis for this installation.

The condoms were filled with blue water and lighted before being strung from the ceiling. This formed a cubic space that people could walk through as they entered the Totally Thames festival. The condoms are conveniently the correct size and shape for creating the large droplets of water, but in addition to that the artists said:

'We thought this as being conceptually appropriate, as condoms are designed to preserve in them the true source of life...' One of the issues the artists faced when setting up was when the odd wasp would pierce and burst the extra-strength condoms, making the task that much more difficult and tedious. The aim was to highlight the importance of water - aligning with the Totally Thames festival water theme - particularly at a time when, 'it is abhorrent to privatise it [water] and trade it for the profit of just a few', said Luzinterruptus. This installation took place at the Totally Thames festival in London during September 2014 at Watermans Arts Centre. It was a recreation from its initial instalment in Campo de la Cebada, Madrid, in 2013. Beehives and moons: Our future cities?

FX Awards 2015: A snapshot of the evening