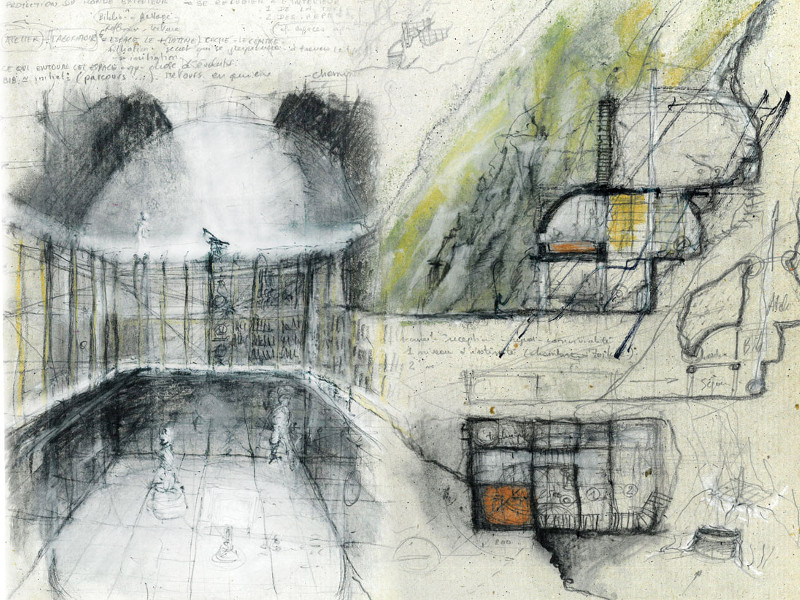 Marc Foschia, senior designer at Wilson Associates wishes that we could get away from the megalopolises and their overpopulation, over-communication and frenzy

The ultimate escape is growing harder to find, as an increasingly digital world clouds creativity and stifles innovation. This refuge for the visual artist is a sheltered, protected library and artist studio set in the rock of the mountains — like a Second World War bunker perched on its Norman cliff.

This inviolable space, hidden from the eyes of all, would be the ultimate retreat — far from the megalopolises and their overpopulation, their over-communication and their frenzy. Here, a designer can refocus and re-energise in a space for both contemplation and invention. Marc Foschia is a creator and nurturer whose creativity is evoked through hands-on exploration. He loves the physicality and materiality of design. After his studies at Ecole Boulle and Ecole Nationale des Art Décoratifs de Paris, he has collaborated with design legend Pierre-Yves Rochon, before joining Wilson Associates Paris / Atelier Tristan Auer working on projects such as Cartlon Cannes or Orient Express Bangkok.