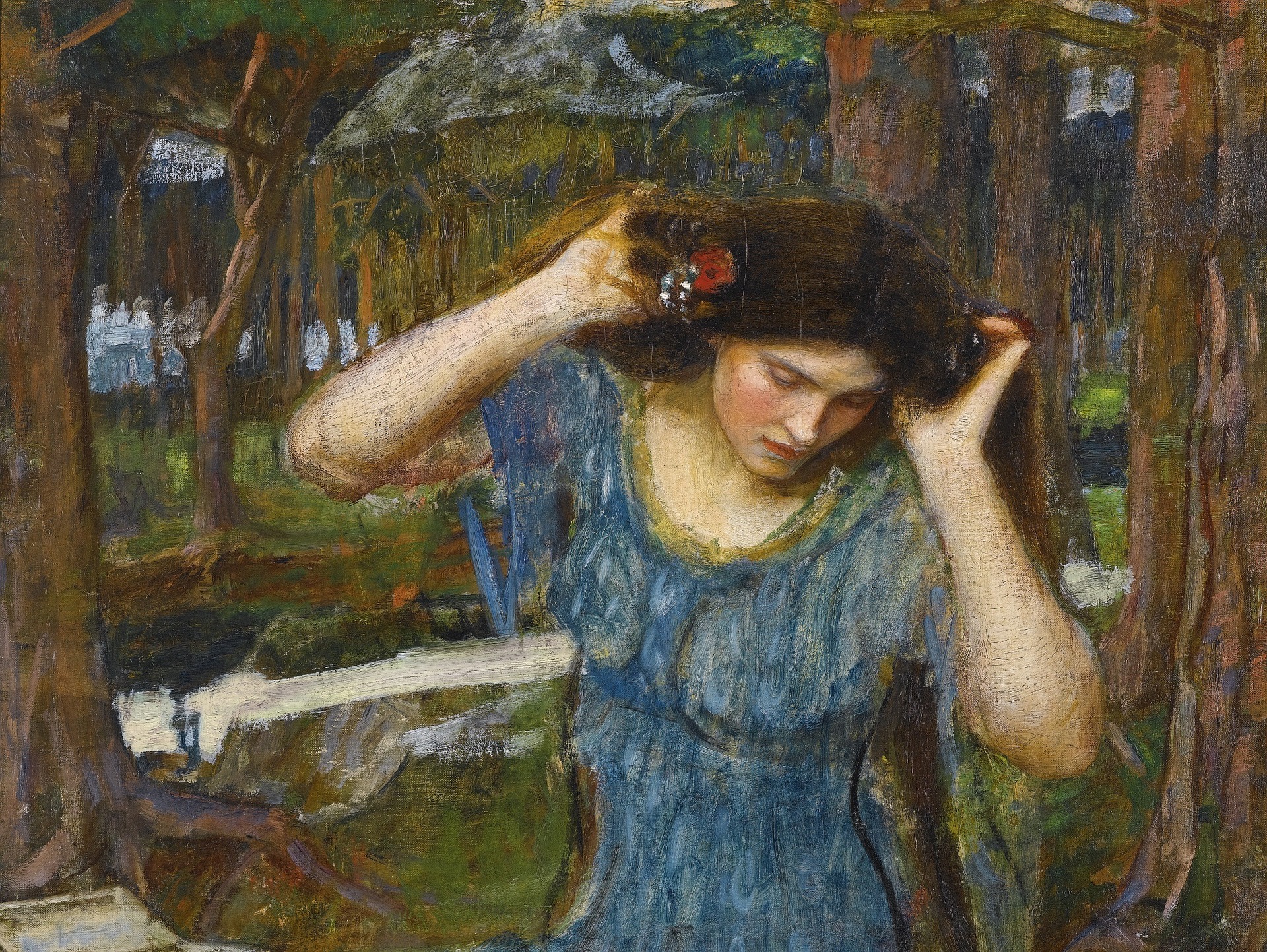 “If you want a golden rule that will fit everything, this is it: Have nothing in your houses that you do not know to be useful or believe to be beautiful." -William Morris

William Morris was a textile designer, poet and novelist associated with the British Arts and Crafts Movement, a movement that was born out of the Pre-Raphaelite Brotherhood. Essentially, he was a modern-day interior designer who revived British craftsmanship, and so much more.

Before looking at the influence of Morris on modern interior design, however, it's important to turn our attention to the movement that influenced him. The Pre-Raphaelite Brotherhood (those within it, later referred to as the Pre-Raphaelites) was a group of English painters, writers and art critics founded in 1848. They rejected the prevalent art movement of the time, first adopted by the Mannerist artists who succeeded Raphael and Michelangelo. Mannerisms flourished with the deliberate pursuit of novelty and complexity.

Paintings were distorted, humans depicted elongated in unnatural colouring and often in complex poses; this was a stark contrast to the balanced, stable composition of pure classicism. Though only a small portion of Late Renaissance artists belonged to the Mannerist movement, its features ‘stuck’ and were widely influential. For the Brotherhood, it was Raphael in particular, who's classical poses and elegant compositions had corrupted the academic teaching of art; ergo Pre-Raphaelites.

The group of young, rebellious and idealistic men refuted the traditional conventions of Victorian art and instead embraced traditions of Medieval art, including aintings that revealed the realistic depiction of nature and modern life.

As well as a profound influence on paintings, the ideals of this movement encouraged designers and architects to explore medieval designs and other crafts. Following this surge was the Arts and Crafts Movement, propelled by William Morris. He revived many traditional and lost methods of production, and his anti-industrial ideas in politics and design are still broadly visible in the cultural landscape in Britain today.

One very visible connection of Morris’s movement and the direction of contemporary design is the rise of sustainable practices in the industry. Whilst the Arts and Crafts movement largely rejected the ‘modern world’ and the levels of pollution that came with it, the modern world of today is mostly in agreement with this 19th-century philosophy.

Morris refuted the use of chemical dyes and instead reintroduced organic methods, which used natural materials. The movement also revived traditional British textile works including needlework, embroidery, weaving and woodblock printing. Locally sourced and produced furniture, materials, tiles and artwork – like the ones we see today – reduced transportation costs and negative environmental impacts, as well as creating a thriving hub of design in Britain.

Today, sustainable interior design companies like Vestre plans to have zero emissions on all transportation within the next year. Others, like Emeco, actively source materials from within the company (recycling) or locally to the site of production. Emeco manufactures furniture using at least 80% recycled materials and anything leftover in the process is sure to be recycled.

It wasn’t just the reintroduction of craftsmanship and environmentally responsible practices that were brought to light, either. Design principles were reformed across all practices. For example, Holman Hunt contributed to the movement by reforming design through the Della Robbia Pottery company. The pottery was true to the Arts and Crafts movement as advocated by William Morris, using local labour and raw materials.

Ultimately, the craftsmen took pleasure in their work; the Middle Ages was a period of greatness in the art of the common people. It was precisely this sentiment and those who held it that drove the Brotherhood forward.

Return to the Middle Ages

The Brotherhood pushed for an artistic return to abundant detail and complex compositions found in Quattrocento Italian art in the early 15th century. The style of late middle ages/early Renaissance was vastly different from what the end of the century brought, during the High Renaissance; the group were highly inspired by the work of an English critic who in turn was driven by his religious background, John Ruskin.

Developments in the Victorian era were accompanied by problems of social order, industrialisation, poverty and crises of faith. These problems were especially prevalent to Ruskin, who praised the architecture of the middle ages, amidst other aspects of medieval life. This incorporation of medievalism into the decorative arts became known as Gothic revival, and the collective reaction against modern developments during the Victorian era led to the birth of the medieval revival.

The exponents called for art, design and architecture to become re-integrated. The quality of materials should be emphasised by design, not buried under artificial decoration, while form and function should work together. It was a back-to-basics movement. The result, in building terms, was a return to a style that showed off the construction and materials rather than masking them. Arts & Crafts houses took on many forms, but there is a clear preference for solid shapes, wide porches, steep roofs, pointed window arches, brick fireplaces and wooden fittings. Internal designs complemented these structural forms.

But how can a movement that began in the late 19th century still be relevant today, and how do its distinctive designs continue to inspire interiors? It might seem unbelievable, but you don't have to look too far to see that the Arts and Crafts movement has prevailed long into the 21st century. The Arts and Crafts movement carried a particular bespoke sentiment, so much so that London’s exclusive store, Liberty, remains a major source of Arts and Crafts furniture. Several other designers have established workshops in rural areas to revive old techniques that are still in operation today.

As for home designers today, many are flirting – at least – with Arts and Crafts designs. In most cases, the external designs give a nod to the style by using natural materials in tasteful arrangements of useful and practical objects. There is certainly no shortage of this style of home on the market. Consider Surrey and the Cotswolds – these were, and remain to be, the areas where Arts and Crafts were concentrated.

Ben Pentreath, the interior designer who decorated a Arts and Crafts house that featured in House & Garden 2018, is an advocate of its contemporary appeal to modern design. He asks, “is there anything more soothing than the idea of a generous, friendly bay-window seat, overlooking a herb garden; or a deep inglenook fireplace, with wide oak boards on the floor and a gentle ticking of a Charles Voysey clock on the mantel?"

Whilst it’s true that while the Pre-Raphaelites and founders of the Arts and Crafts movement rejected the frivolities of Victorian design, they maintained an adoration for ornament. However, it should always be secondary to the thing ornamented. For examlple, wallpapers and carpets were well received, as long as their patterns were not suggestive of anything elaborate or unnecessarily decorated. This ‘flat’, simplified style of the Arts and Crafts continues into some of today’s naturalistic wallpapers and fabrics, rustic and functional furniture and stripped-down interiors – all of which have their roots in this style. 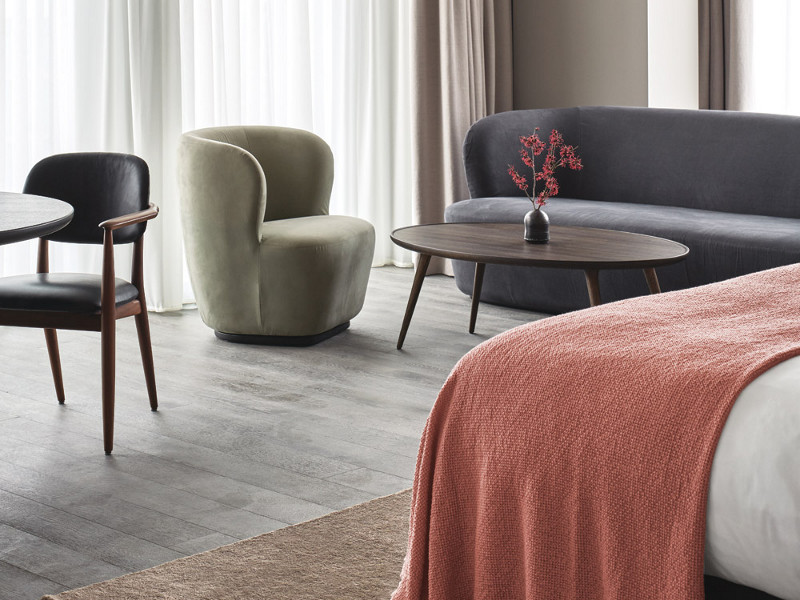