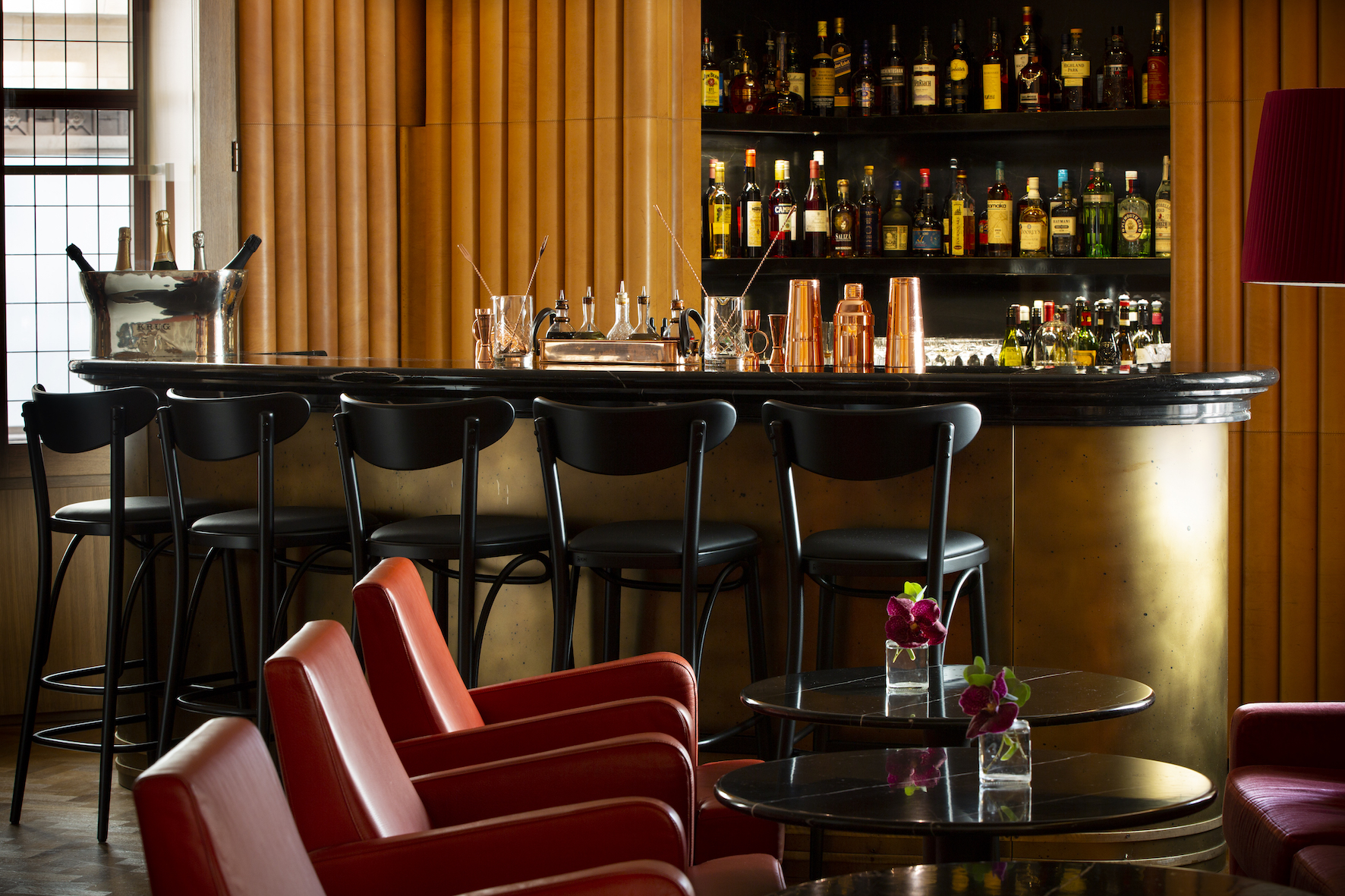 An established, iconic landmark of London’s hotel scene, the luxurious Hotel Café Royal lies on the corner of Piccadilly Circus – a stone’s throw away from elegant Mayfair to the west and creative Soho to the east. This September, the renowned hotel has added to their selection of enticing restaurants and bars with the opening of Ziggy’s, a bar that pays homage to one of Hotel Café Royal’s most celebrated past patrons.

Neighbouring the newly opened restaurant, Laurent, Ziggy’s honours one of Britain’s most globally recognised pop icons: David Bowie. The bar will establish itself as a playful tribute to Bowie, with the Café Royal holding a special place in the history of Ziggy Stardust, Bowie’s famous alter ego.

“The year is 1973,” says the Hotel Café Royal’s website. “David Bowie retires his dramatic alter ego Ziggy Stardust with a final gig at the Hammersmith Odeon. What follows is a legendary party at Café Royal, a favourite of Bowie’s where he often frequented the restaurants and cocktail bars. Close friends including Mick Jagger, Lou Reed, Paul McCartney, Lulu and many others celebrate at the bash dubbed ‘The Last Supper’.”

Evoking the spirit of ‘The Last Supper’ and Ziggy Stardust’s retirement, the new bar serves a modern twist on some of Bowie’s favourite drinks, as well as cocktails inspired by Bowie’s life and his famous album, The Rise and Fall of Ziggy Stardust and the Spiders from Mars. Situated on the first floor of Hotel Café Royal, Ziggy’s is a small and cosy bar, reminiscent of a parlour.

Found through large double doors, it works in sharp contrast from Laurent’s bright dining area; low lighting and earthy tones gives Ziggy’s a sense of calm and intimacy. Each of the walls has been cladded with tan leather, while the bar in the corner features gold panelling and a sophisticated black countertop. Ziggy’s rich colour palette also includes the comfortable red armchairs and velvet sofas that nestle around small, round black tables; several windows and the light wooden floor serve to counterbalance these darker tones, guaranteeing Ziggy’s is full of natural light during the day. Dotted throughout the space is a range of different lighting sources, from fixtures in the ceiling to large floor lamps.

Overhead, a selection of Bowie’s hits play through speakers, reminding guests of the renowned pop-star Ziggy’s is named after. If this wasn’t enough, the bar also features a curated selection of photography of Bowie by prolific music photographer Mick Rock – who was the pop icon’s official photographer during the last year of Ziggy’s career.

Being displayed in collaboration with London gallery, Beautiful Crime, the selection will include some of the most well-known images of Ziggy Stardust, as well as more intimate photographs - some of which have rarely been seen before. After its highly anticipated launch on the 20th September, Ziggy’s is already making a name for itself as one of London’s hottest new bars, while paying tribute to one of London’s greatest musical legends.