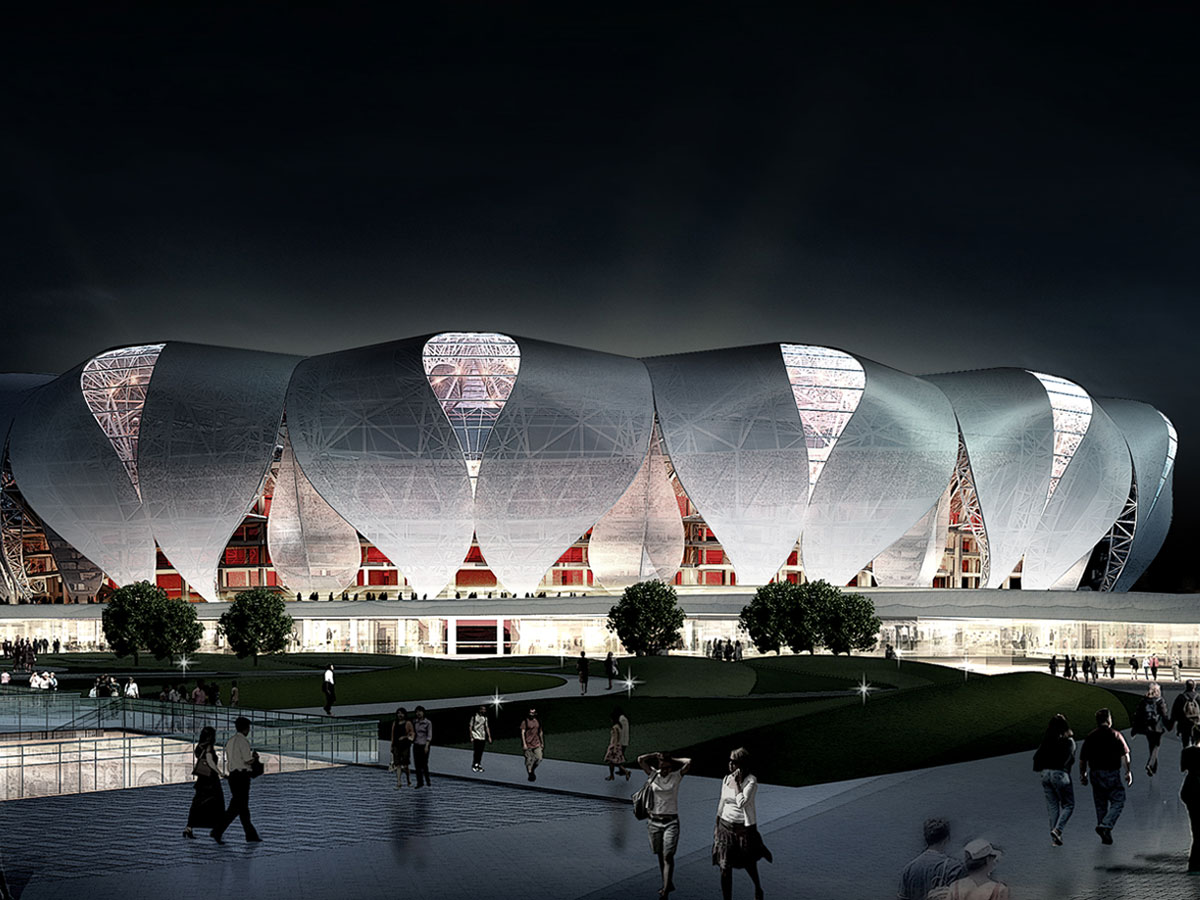 A sports stadium in China is currently under construction in the expanding Qian Tang riverside of Hangzhou. As the capital and largest city of Eastern China's Zhejiang Province, Hangzhou's urban developments have tripled its size over the last decade.

In September 2015 it was announced that Hangzhou would host the 2022 Asian Games. With a rapidly evolving city it was important to cater to the city's need for public space, and with this came the construction of the Hangzhou Olympic Sports Centre.

The centre will be the largest stadium planned for construction within the next decade being 400,000 sq ft in size, seating 80,000 patrons. Top: An image of the centre. Bottom: A rendering of the project

Innovative architecture practice NBBJ collaborated with CCDI to create a unique design for the stadium.

The term 'blooming' comes to mind for the sports stadium features a design much like petals encasing a giant flower. The exterior is comprised of a series of distinctive, repeated truss modules, or 'petals', that enclose stadium bowl. Through experimenting with various parameters such as rows, distance from the field and the sightline requirements, the bowel geometry took on its shape.

Once the seating configuration was configured the exterior petal frame could be linked to the bowl. This structure could also be adapted if any changes were made to the sightline standards.

Hangzhou stadium uses two-thirds less steel than a stadium of comparable size, this is achieved through linking the steel shell and concrete bowl together, and by providing extra space at the top of bowl to decrease the roof cantilever, thus the concrete and steel systems work in unison. A rendering of the project

Through unifying the two systems, the design team could eliminate the build-test-discard-rebuild strategy most often involved in conventional 3D modelling.

Hangzhou sports centre begun construction in 2011 and is set for completion in 2017.

The solution to London's transport system?

Are vertical villages the answer to an eco-future?