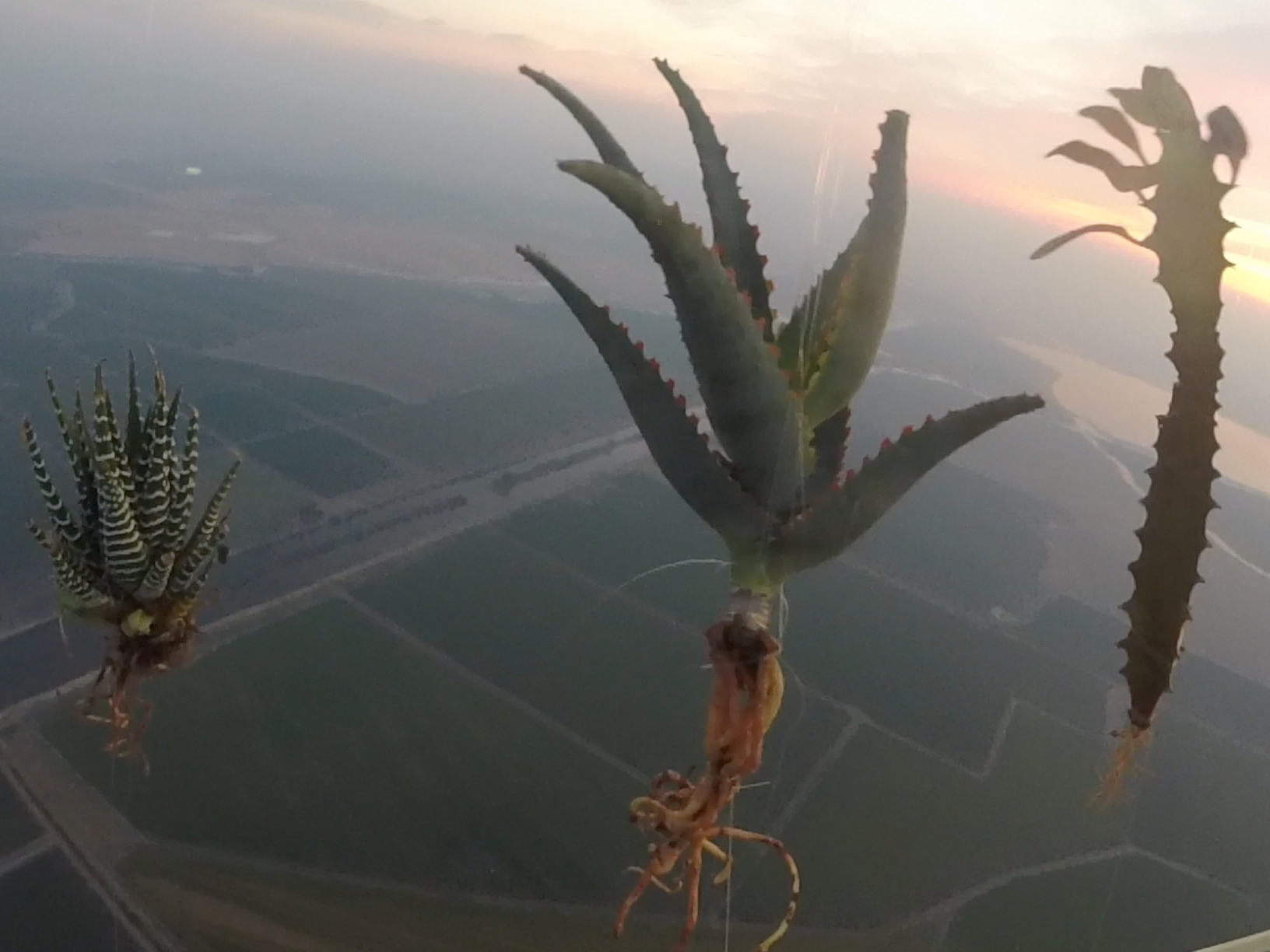 Professor of Experimental Architecture Rachel Armstrong has created the first stratospheric sky garden and platform for the cultivation of 'artificial life'.

The Hanging Gardens of Medusa is a collaboration between Rachel Armstrong, Senior TED Fellow and Professor of Experimental Architecture at Newcastle University, with Nebula Sciences. Put simply, the sky garden involves a collection of cacti, and '"proto" artificial life forms' floating at approximately a hundred thousand feet above the Earth's surface. The Falcon garden, the highest tier, taking off

The concept of the Hanging Gardens of Medusa is to challenge our capacity to survive in extreme environments, whereby we are essentially preparing for not only the hostile terrains of space, but also for the unfavourable conditions on Earth.

The first test flight occurred 15 August 2015. The gardens travelled by helium balloon into the atmosphere, where they aimed to reach conditions replicating that of a Martian environment - extreme temperature, pressure and different bands of UV radiation. The sky garden is comprised of two gardens that are supported by artificial 'soil': the Falcon is the higher tier and contains biological organisms and the Medusa is the lower tier and proposes an environment for alternative future life forms that involve self-assembling chemistries.

The Hanging Gardens of Medusa are inspired by the short story 'Meeting with Medusa' by Arthur C Clarke that is set in Jupiter's atmosphere. The story poses questions about building infrastructures that allow humans to live outside of their home planet for extended periods of time. 'Like the Hanging Gardens of Babylon, this tiered garden in the upper atmosphere establishes an iconic platform for the science and art of cultivation. Uniquely, the stratospheric platform is able to battle it out against the odds of survival in a hostile environment'.

'How do the extreme environments that we currently face change the rules of survival?' she continued. The sealed Medusa garden - a liquid garden of protocells

In commenting on the flight Professor Armstrong said: 'The Hanging Gardens of Medusa aims to promote further thought and conversation to develop strategies that increase our survivability in new spaces and worlds. The Falcon garden, the highest tier

'It provokes discussion about pressing issues for our own planet, which is suffering the ravages of global industrialization and from the impacts of harvesting natural resources without replenishing them. These are being conducted at such a scale and with such intensity, they are reverse-terraforming our planet.'

The formal launch will occur at the end of August, stay tuned for the results. Main image: The Falcon gardens cacti against the sunset

All that glisters - OMA galleries in Milan and Moscow