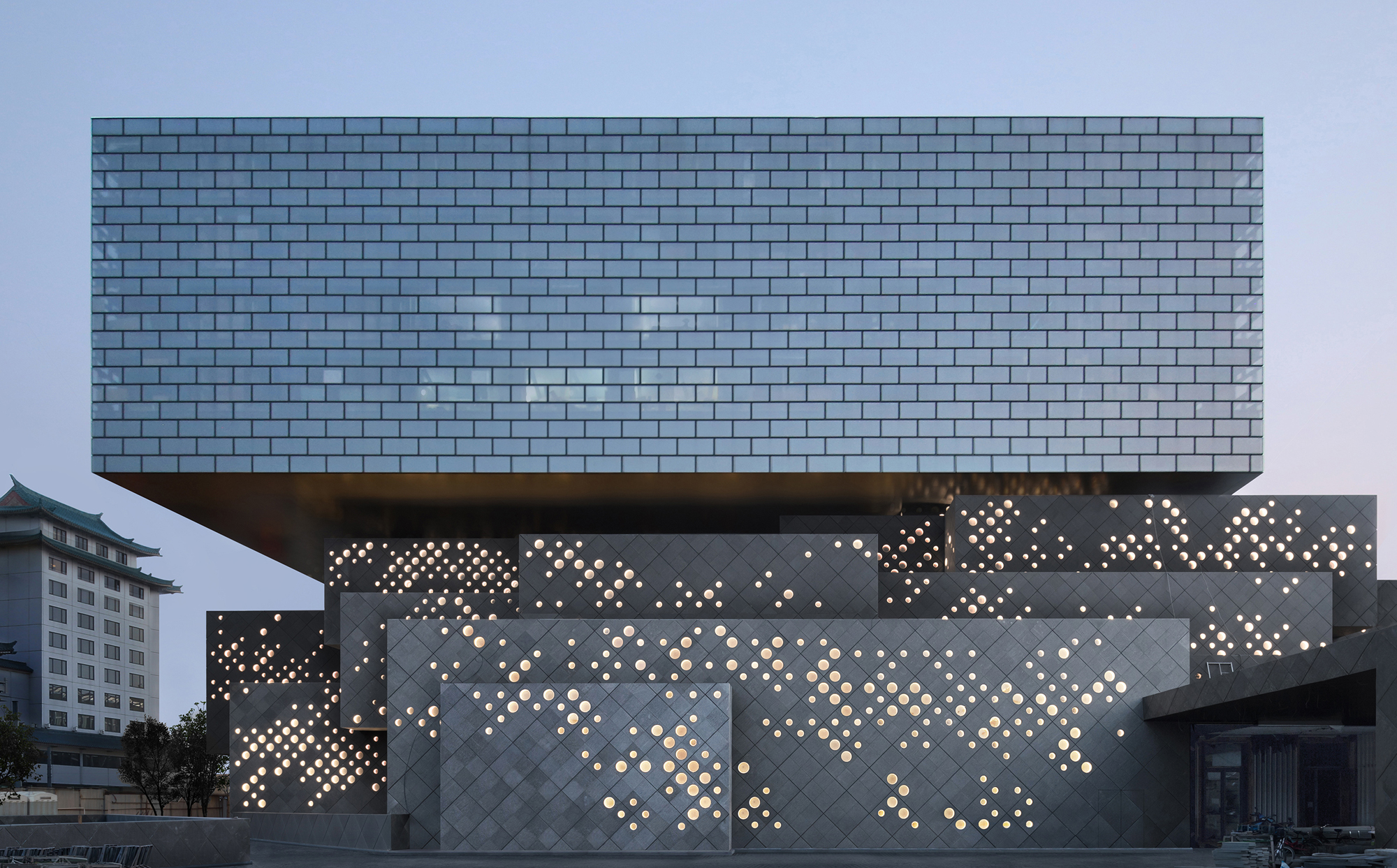 German architect Ole Scheeren is no stranger to landmark projects in Beijing. The latest from his practice, the Guardian Art Center, sits at an intersection of competing forces: history and modernity, culture and commerce, anticipating a new direction for architecture in China

Architect Ole Scheeren’s latest landmark building occupies a curious corner of central Beijing. To its south lies Wangfujing Jie, a shopping street populated by utilitarian malls and big-brand luxury stores. To the west, all that separates it from the Forbidden City is a labyrinth of hutongs, the ancient alleyways through which old Beijing endures.

Such meetings of history and modernity are the stuff of well-worn China clichés. But there are few neighbourhoods in which the contrast is so blunt. Then again, it is fitting that the Guardian Art Center, a combined auction house and exhibition space, stands — quite literally — at the intersection of culture and commerce. Old paintings and new money will both pass through its doors in due course.

Architecturally speaking, the building resolves a longstanding predicament. Vacant plots this close to Beijing’s historic heart are rare, and over the last two decades, city officials have rejected more than 30 proposals for the site. Gone are the days when developers could appease authorities by dumping curved Chinese roofs on otherwise characterless structures (a sin committed by the monstrous hotel just across from the Guardian Art Center site).

As such, designing something both contemporary and officially palatable was always going to be a delicate matter. But it is one that Scheeren and his practice, Büro Ole Scheeren, have navigated dexterously. The German architect pays tribute to the surroundings without kowtowing to them — a triumph of ‘working with history without historicising’, as he puts it while we walk around the building. In both form and function, this is a building of two halves. The structure’s lower floors serve the immediate needs of its owner, China Guardian (now one of the world’s largest auction houses). The company’s new headquarters come equipped with gallery spaces and two acoustically engineered basement auction rooms. The upper reaches, meanwhile, are inhabited by a 120-room hotel whose unobstructed views result from the very planning restrictions that have limited Scheeren’s design to just eight storeys.

This functional divide is reflected in the building’s two-tier structure, which juxtaposes a solid, uniform top with an irregular and pixelated bottom. Despite their differences, both slices find a way to interact with the texture of the neighbourhood.

The lower — and more thought-provoking — of the two volumes comprises a series of interlocking cuboids. The use of dark grey basalt is an obvious nod to the dominant colour of Beijing’s historic alleyways. But the overlapping blocks also borrow from, and extend, the geometry of the hutongs. Their somewhat chaotic placement echoes the haphazard tangle of one-storey houses beside which they stand. The frontage of the hotel on the upper levels is made up of rectangular glass panels that imitate the brick patterns of traditional Beijing houses.  Photo Credit: Iwan Baan

Other historical references are more abstract. The clusters of glass oculi in the stone facade, for instance, were inspired by a famous 14th-century landscape painting, Dwelling in the Fuchun Mountains. Scheeren projected an image of the classical artwork onto each of the building’s four sides, using the flow of its mountains to dictate the placement of his bubble-like perforations.

This homage will no doubt escape the casual observer (and plenty of learned ones too). Nonetheless, it’s a playful touch that softens an otherwise austere exterior. The small circular openings also play a more practical role: letting in natural light while giving visitors brief snapshots of the outside world. The Guardian Art Center sits on the border between one of modern Beijing’s commercial shopping districts and a cluster of traditional ‘hutongs’ (alleyways). Photo Credit: Buro Os

The hotel floating atop the structure is no less deferential to its surroundings. But while the building’s lower half relies on literal — or at least material — allusions to the neighbouring hutongs, the top half addresses them conceptually. Most prominently, its frontage consists of rectangular glass panels arranged to imitate the brick patterns of traditional Beijing houses. Each ‘brick’ has been scaled up in size, leaving an imposing wall of glass that appears solid until sunlight pierces its corners.

A greater tribute lies within. The entire upper volume may appear to be a vast, shining slab of glass, but it is, in fact, a rectangular ring. Consequently, it conceals the 2000 sq m Club tower (not included in the visit) and a huge multipurpose courtyard, the focal point of any traditional Beijing home.

Further cultural references can be found in the interior proper — not least the continued use of interlocking rectangles, a trope that forges a sense of harmony between outside and in. Grey and neutral tones carry through into the building’s public spaces in the form of terrazzo flooring, bush-hammered stonework and flashes of black steel. The arrangement of glass oculi on the facade was inspired by a 14th-century landscape painting. Photo Credit: Iwan Baan

Conversely, private areas such as auction rooms and offices are given a warmer, organic feel. But, by and large, the interior is distinctly institutional. This is particularly apparent in the high-ceilinged foyer, whose hard edges and cold echoes lend a sense of gravitas to the main entranceway.

Despite their apparent stiffness, the internal spaces are unexpectedly flexible. Take the ground floor’s 1,700 sq m, column-free exhibition hall that can be configured into a variety of different shapes and sizes. Slide away one wall and the space opens on to the once-contained foyer. Slide away another and suddenly visitors can see directly from the building’s entrance to the hutongs beyond.

This very literal connection between the structure’s commercial and historic faces epitomises the subtlety with which Scheeren has executed his vision. Headquartering his practice in Beijing seems to have provided a level of cultural insight that few other foreign architects possess.

Such tact is especially important at a time when Chinese architecture is more self-assured and less beholden to Western modernism. With President Xi Jinping last year calling for an end to ‘oversized’, ‘xenocentric’ and ‘weird’ buildings, the country is increasingly looking to its own past for expressions of progress. There is a certain irony here: Scheeren’s previous contribution to Beijing’s skyline is emblematic of the very modernism that China is now turning against. Designed while at OMA, his iconic CCTV Headquarters (locally nicknamed ‘big pants’) was — and remains — an impressive feat. But countless attempts to match it for boldness have cheapened this particular brand of contemporary architecture, creating a backlash against unusual shapes and experimental articulations of the future.

If CCTV was a building of its time, so too is the Guardian Art Center. And, given that the project has been seven years in the making, it not only reflects China’s new zeitgeist — it has anticipated it.