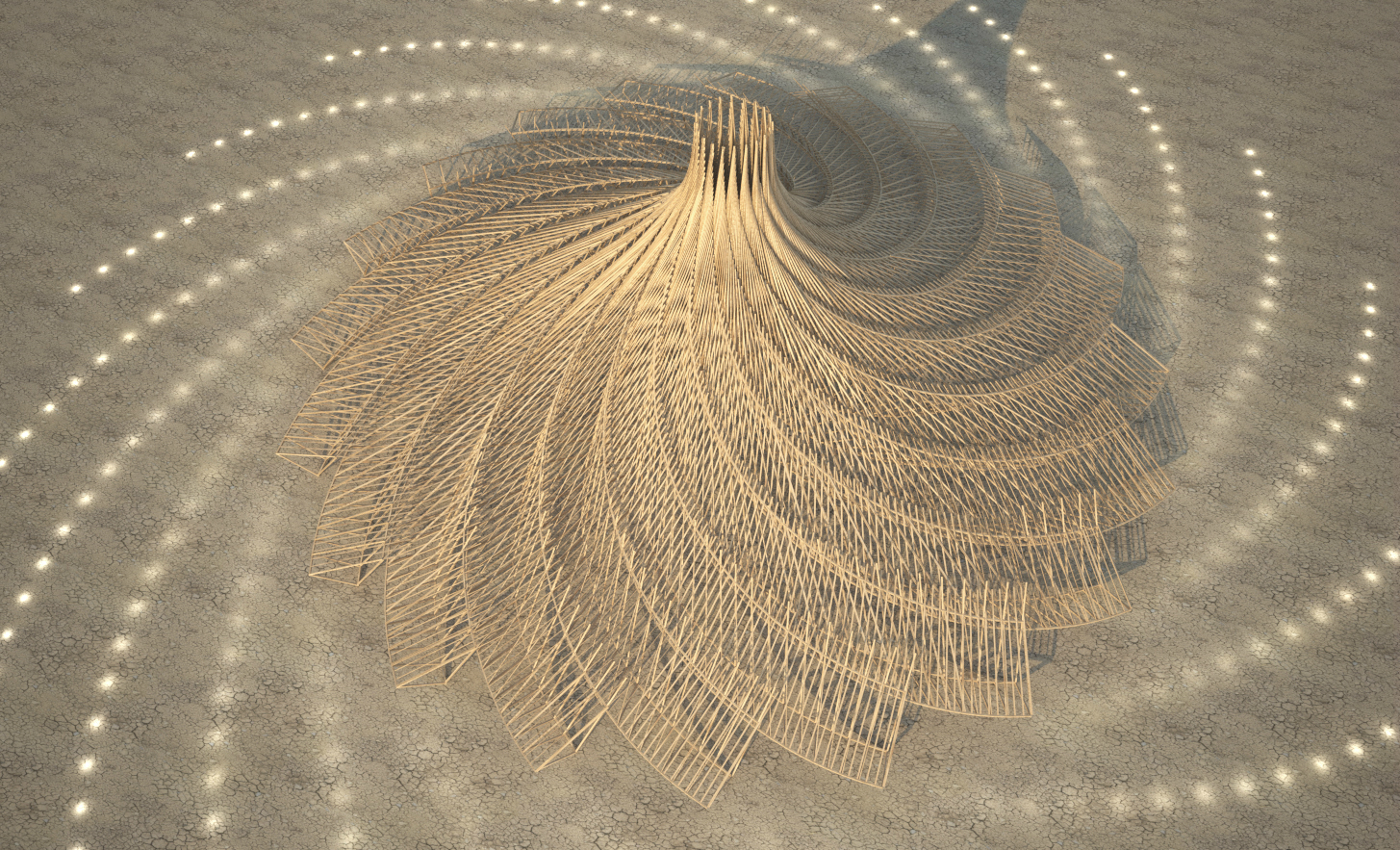 A galaxy-inspired, spiraling wooden tower designed by Arthur Mamou-Mani will be the main temple at Burning Man 2018.

Burning Man festival, which takes place annually in the Black Rock Desert of northwest Nevada, has unveiled their main temple for 2018. Selected by the Burning Man Arts organisation - which oversees the creative programme for the nine-day event – the chosen design is called Galaxia, and was designed by Arthur Mamou-Mani, the director of London-based Mamou-Mani Architects. The firm specialises in innovative, digitally designed and fabricated architecture. More than this, Arthur is also a professor at the University of Westminster and an advocate for new approaches within architecture; these approaches are in keeping with Burning Man’s ethos and include using 3D modeling and 3D printers.

Galaxia will be made up of twenty timber trusses which converge in a spiral towards a centre point in the sky, forming the tower. These triangular trusses also form different paths towards the central space of the temple, where a giant 3D printed mandala will be placed, acting as the ‘heart’ of Galaxia.

From outside, the timber modules start at a level small enough to create alcoves for people to sit in and reflect on their time at the festival. As visitors walk along the paths within the temple, the timber structures lift up, becoming thinner and more distant as viewers reach the central mandala.

The temple, which tradition dictates will be burned at the end of the festival, is described on The Burning Man Journal website as celebrating “hope in the unknown, stars, planets, black holes, the movement uniting us in swirling galaxies of dreams”.

Mamou-Mani designed Galaxia to be the “superior form of Gaia in Isaac Asimov's Foundation series,” referencing the fictional planet ‘Gaia’ from the 1980s science-fiction book series and stating that it is “the ultimate network, the fabric of the universe connecting living beings into one entity”.

Burning Man 2018 will take place between the 26th of August and the 3rd of September. Before the opening of the event, Galaxia will be built by a group of volunteers known as the ‘Temple Crew’, with the majority of the work taking place in Reno, Nevada, before the structure’s final assembly in the desert.