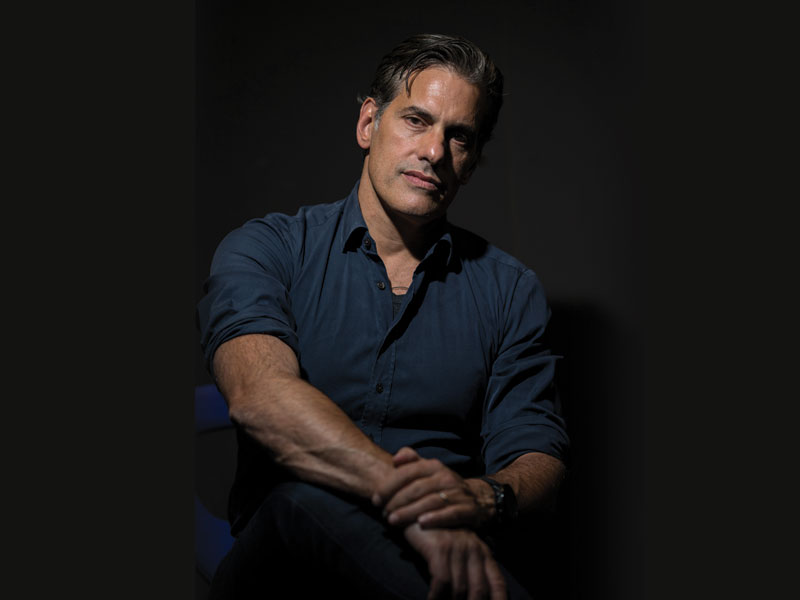 A new regular feature looks at how works of art have inspired and moved members of the creative industries. This month we hear from Yorgo Lykouria, creative director of Rainlight.

Yorgo Lykouria is the creative director for Rainlight, leading the design work from his base in London. With more than 17 years as a creative principal, he co-manages Rainlight with Susan Grossinger.

His broad spectrum of practice includes architecture, design, and filmmaking. He is recognised for his work in automotive interiors for Ferrari, and various works for Vitra, Akaba, Alape and Dornbracht. His recent collaborations as Rainlight include Tecno, Scavolini, and Koleksiyon. In his early years as an architect working in airports and high-rises, he became the youngest design director at Helmut Jahn’s office in Chicago. In 2002 he established the award-winning London studio, Lykouria, which he ran for 12 years as a multidisciplinary practice.

Yorgo has been referred to as an industrial poet for a contemporary humanistic approach that goes beyond the senses to engage a sense of wonder. ‘More than just giving form, I focus on how design enhances the user’s sense of living in the present. I want to reintroduce moments of conscious reflection into everyday life. My work is based on the principle that design begins with an open mind.’

The art works I have chosen take me back to my teenage years when I began to realise that there was an important job of life. We were here to contribute something to the times in which we live, and to be more than carbon atoms. When I saw these works for the first time, I stayed with them for hours wanting to absorb and internalise the prowess and emotion in these works. Like Van Gogh, Turner paints energy and light. In this painting, Turner is depicting the fragile state of existence tossed in a maelstrom of wind and sea – ethereal elements that threaten to destroy the insignificant vessels that courageously fight on despite the odds. So close to home, either beginning a journey or returning, they are willing to endure anything along the way. The empty chair declares itself to be the most human of artefacts. Defining absence, the chair embodies the promise of place. An intimate space for the repose and folding up of the human form. Where two legs become four. A grounding point, an X marked. A place of belonging for the human being inhabiting a void, the wilderness of experience on earth. No signposts, no interpretations, just the artefacts one makes for the other to feel at home in the world. (The poetics of the empty chair inspired my thesis.) The Futurists made a great impression on me. At the turn of the century, they were watching the world they knew being ravaged by tumultuous change and they loved it! (Where most were horrified by the experience.) From this I learned the importance of humanizing the times we live in. Instead of letting change wash over us and turn our values upside down, they absorbed the full shock of it and made it their own. As long as we stand up and recall our humanity, the changes in society will belong to us, and not some impersonal outside force.