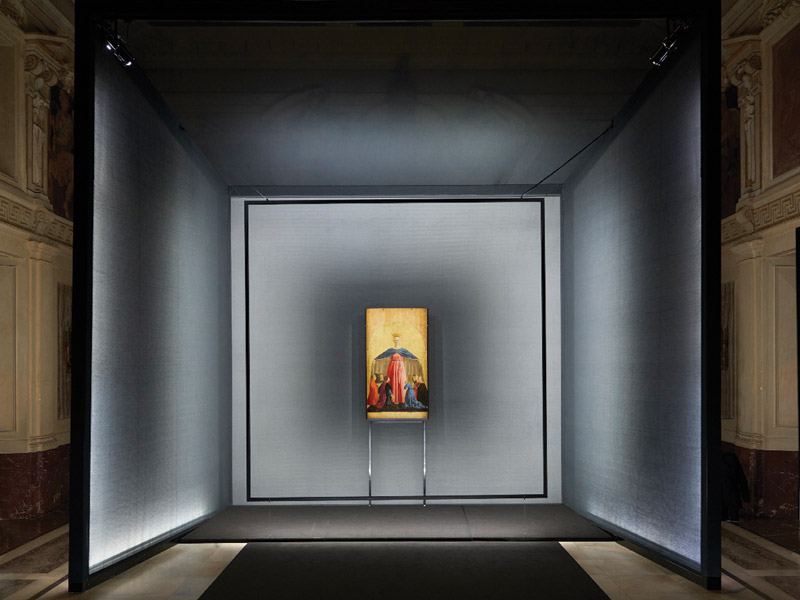 In 2005, LAPD Consultants designed the lighting for the Turner, Whistler, Monet exhibition at Tate Britain. It was memorable for the degree of attention paid to both the colour of the background on which each picture was displayed and for the fact that each work of art was individually lit with tungsten halogen at varying light levels and colour temperatures, according to what was most appropriate for the particular painting. Oils were lit to around 250 lux, for instance, while the gouache and watercolours were at 50 lux, the dimming tuning the temperature. ‘The effect of this was a pleasant journey through the show with lighter and quieter rooms allowing the viewers to pause and reflect on the art work,’ says LAPD director Steve Dean.

Rarely, if ever, are works of art so fastidiously lit, unless they are venerable, permanently displayed works (Da Vinci’s Last Supper springs to mind). However, Piero della Francesca’s masterpiece, Madonna della Misericordia, was recently accorded a similarly meticulous and thoughtful treatment when it went on display at the Palazzo Marino in Milan. The aim here was not only to illuminate the 15th-century painting – the central panel of a polyptych altarpiece – to best effect, but also to use both layout and lighting to prepare the viewer in stages so they might more fully appreciate the experience. ‘It was a narrative made of light and dynamism, which combined different heights and prospects in order to bring the visitors face to face with the painted panel,’ say Migliore + Servetto Architects, responsible for both design and lighting. ‘Adapting the eye and the mind to understand the structure and the genesis of a great masterpiece, this was the aim of the approaching path designed for the exhibition.’ The path the practice refers to was a four-stage process on different levels, visitors at one point overlooking the Sala Alessi in the centre of which the painting was displayed. ‘The approach was structured into four successive moments that, through dynamic, scenic and narrative sequences gradually reveals and contextualises the work,’ say Ico Migliore and Mara Servetto. ‘All of it was aimed at bringing visitors to a place where they could personally measure, explore and observe, before arriving at the sight of the “unvarnished” work, underlined...by the light alone.’

Elements included a large, golden velarium hung from the high ceiling and defining the first approach to the contents and the history of the painting. Visitors also approached a graphic display showing the panel in the context of the polyptych. Against a dark background an animated line delineated, in succession, all the missing parts of the polyptych. This then turned off, so that the painting itself could be dramatically defined by light. It hung within a system of veiled walls that framed it in a monochromatic ‘cubicle’, surrounded by a light frame. ‘We chose the dark material precisely so that we could eliminate any kind of reflections and so that we were able to contextualise the work in a homogeneous and neutral environment,’ say Migliore and Servetto.

‘In contrast, the golden fabric was enhanced by the use of a strong direct light to produce a great impact and important visual effect. This fabric created greater difficulties because of reflections.’

As far as possible, the lighting is concealed so as not to detract from the purity of the display. ‘Creating an integrated and invisible system was fundamental in order to produce a storytelling atmosphere surrounding the visitor,’ add Migliore and Servetto. Two profile spotlights (50W, 4000K) were trained on the painting itself, while two white LED bars and two 50-degree profile spots with Fresnel lenses highlighted the golden fabric. The ambient light surrounding the painting came from LED bars, while the stairs were highlighted by LED bars and 50-degree profile spots (50W, 4000K, warmed up with gelatins). ‘We carried out an in-depth analysis of the work’s reaction to colour temperatures,’ say Migliore and Servetto. ‘Every source had a special colour temperature specifically to enhance the work, while the ambient light was designed so that it did not interfere at all with the illumination of the painting itself.’

The light was also modulated to follow the viewer’s journey. ‘All the lights were dimmable and fully synchronised according to the different moments of the vision of the work,’ say Migliore and Servetto. ‘At step 1 all the lights were turned up at 40 per cent; at step 2 the LED bars were at 10 per cent, while the profiles surrounding the work were turned off to allow the visitor a great vision of the video playing around it.

The result, they say, is ‘a sort of lay procession towards an understanding of one of the artist’s masterpieces’. 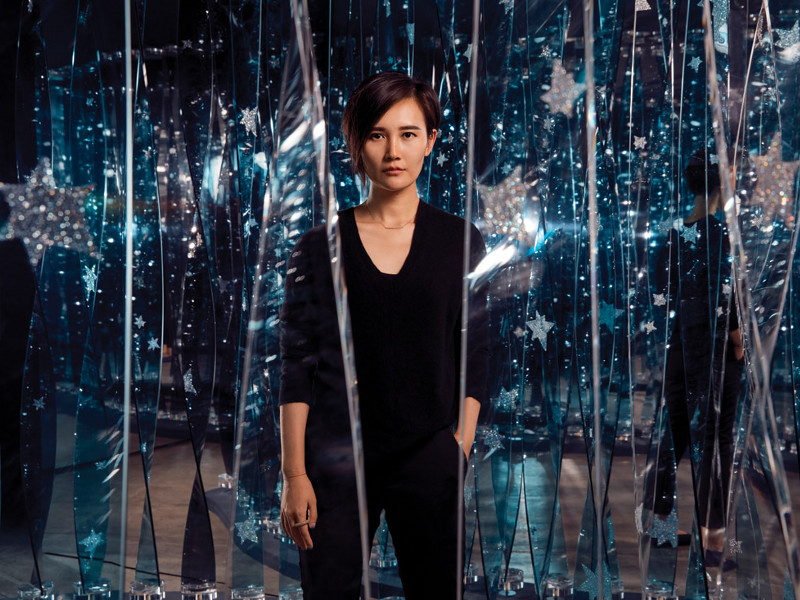