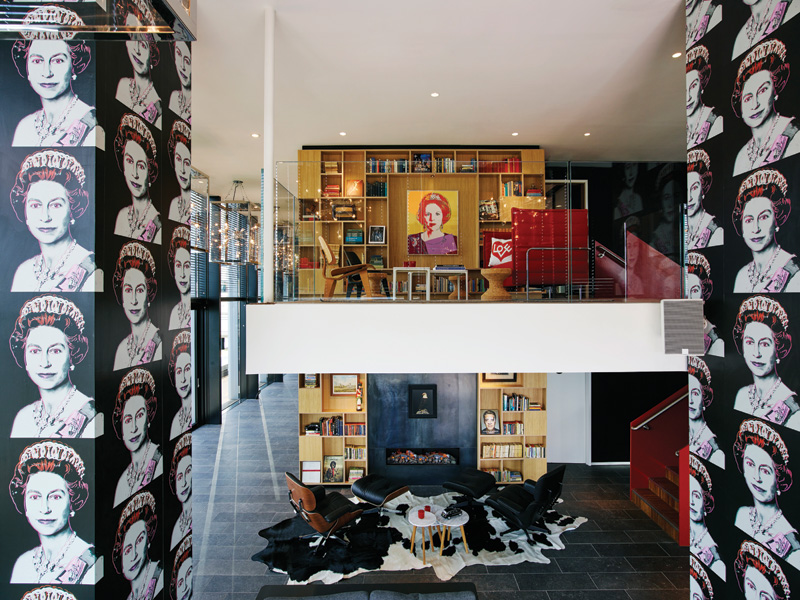 We take an in-depth look at one of citizenM’s more tricky projects – at the Tower of London, a World Heritage site

You can’t get more plum sites in the capital than bang opposite the Tower of London. Yet, surprisingly, the area around Tower Hill Tube station has long been down-at-heel and uninviting. That’s fast-changing, thanks in part to the arrival of a couple of new hotels, most notably citizenM Tower of London, which is already cheering up the station environs.

With 370 rooms, this latest branch is the Dutch hotel group’s flagship London site, designed by architecture practice Sheppard Robson with interiors by citizenM’s regular collaborator Concrete. But the prime location came with a plethora of challenges, with being opposite a UNESCO World Heritage Site just the tip of the iceberg. It was also in a conservation area, and in close proximity to Roman and medieval city walls as well as an adjacent Grade II listed Georgian terrace, and Trinity Square Gardens, with its Edwin Lutyens-designed memorial for those lost at sea in wartime. And to cap it all, there was the considerable challenge of being located above the Tower Hill Underground station, which takes up one third of the ground floor. ‘It was a balancing act with so many parties in the mix,’ says Sheppard Robson associate George Poppe. To ensure that the hotel sat comfortably within the sensitive heritage setting, the architects moved away from the highly glazed elevations and repetitive grid of previous citizenM hotels. Instead, the architects took cues from the Georgian proportion system of the adjacent property to delineate base, middle, upper and top storeys while also using Portland stone in reference to the buildings in nearby Trinity Square. Traditional construction methods were used up to first-floor level followed by six levels of stacked structural modules. Above these are two further levels contained further modular bedrooms plus steel-framed meeting rooms and the Cloud 9 bar. The full-height glazed bedroom facades are broken up by regular stone piers and by an irregular distribution of GRC intermediate fins, introduced to blur the grid and providing shading. Just 13mm thick, these hollow verticals saved more than 200 tonnes of facade cladding weight. ‘It’s a modular facade but it doesn’t have to look like one,’ says Poppe. The lounge area is furnished with furniture items from Vitra

For the ground level, the practice’s approach was to fully engage with the surrounding site, relandscaping it to improve both visitor flow from the Tube station and views of the Tower of London, and introducing a ground-floor cafe to provide refreshment for those passing by or emerging from the Underground station. An extensive bronze figurative artwork by Julian Opie cut into the ground-floor plinth contributes further and effectively to the new sense of place. The compact 13 sq m modular bedroom has been developed to provide all the essentials required by guests, including exclusive views of the Tower of London

Inside, the hotel follows citizenM’s successful interior recipe, created by Concrete. There are no check-in desks, just a cluster of self check-in units beneath the atrium with plenty of staff on hand to assist. Instead, the ground floor is dominated by extensive ‘living areas’, which provide a domestic-style setting for working or relaxing. It’s a lively, informal setting, warm in vibe and decidedly unintimidating, and its easy to imagine choosing to spend time here rather than alone in your room. The domestic aesthetic is continued in the Cloud 9 bar, which offers guests pole-position views of the Tower and the rest of the city.

The generosity of these shared spaces balances the compact, prefabricated bedrooms. These are citizenM’s tried-and-tested 13 sq m modules, providing the essential comforts within a well-planned and stylish room full of Vitra furniture. Only a few elements such as the mattress and TV are added in-situ – everything else was preinstalled before the modules were transported to the site.