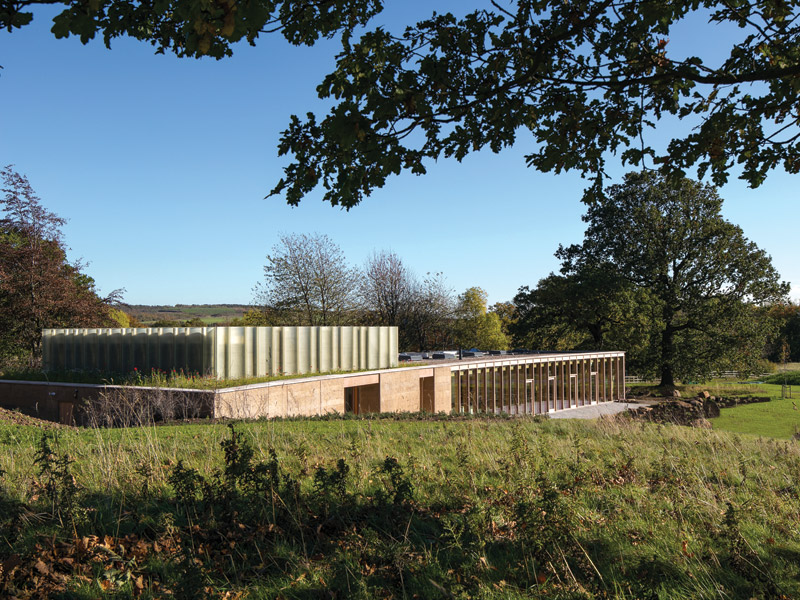 The Yorkshire Sculpture Park is opening its most ambitious space yet, in the shape of a £4m visitor centre, designed by Feilden Fowles.

Originally described as a ‘gallery without walls’, since the Nineties YSP has built a series of indoor gallery spaces, hosting monographs of significant 20th century sculptors.

This month the visitor centre opens. While enabling YSP to showcase more modern and contemporary art than ever before, it also acts as a gateway to the park’s southern entrance.

The centre rests against the hillside of a former quarry; a marriage of rammed-earth walls and sandstone references the site’s former use. The low-rise building shields the site from the noise of the nearby M1 with a long blank east wall, aided by a structure that sinks into the landscape, to only reveal itself on the west side with a curved timber facade. The 125 sq m gallery space is lined with porous unfired bricks, allowing for passive humidity control.

Indian artists Thukral and Tagra will inaugurate the gallery with Bread, Circuses & TBD, an exhibition exploring issues faced by farmers in India today.