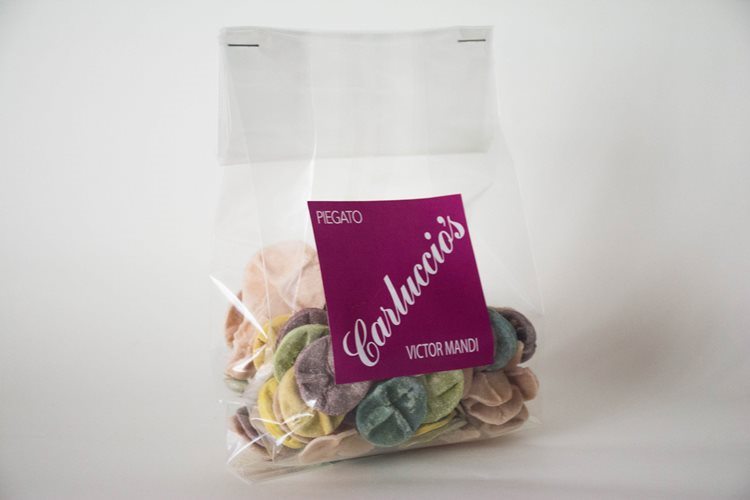 Furniture and Product design students at The Cass, London Metropolitan University got out of the classroom last week to explore design through unconventional means.

In a trip to the Italian restaurant chain Carluccio’s, the 13 students swapped their pencil and paper for pasta.

The Cass has collaborated with Carluccio’s to create new pasta shapes for the restaurant.

Peter Marigold was the mastermind behind the project. He is the lead tutor of the course entitled Studio 1: Prospéct, a project which encourages students to explore design through looking at work that inspired by unexpected places.

“Italian restaurant chain Carluccio's invited us to explore the design of a very humble object - a piece of pasta. This may be considered a strange request for a product designer, but by focusing attention on such a small and simple object they are able to take complete control of its character, not just how it looks, but also the narrative behind its creation."

The students behind the new pasta designs were inspired by objects and shapes from everyday life.

Other designs included pasta shaped like headscarves, created by Ella Merriman who found the idea in the Italian Christmas story of La Befana, an old woman who delivers presents to Italian children on Epiphany Eve. In the story the old woman is depicted as wearing a head scarf, this became the basis of Merriman’s design. Cecelia Back's Durata drew inspiration the look of Italian leather and bark.

An exhibition of the student's designs was attended by chef, and owner of Carluccio's, Antonio Carluccio. Four finalists were personally invited to test their pasta designs later in the year.

Scroll below to see a selection of the designs:

Durata by Cecelia Back