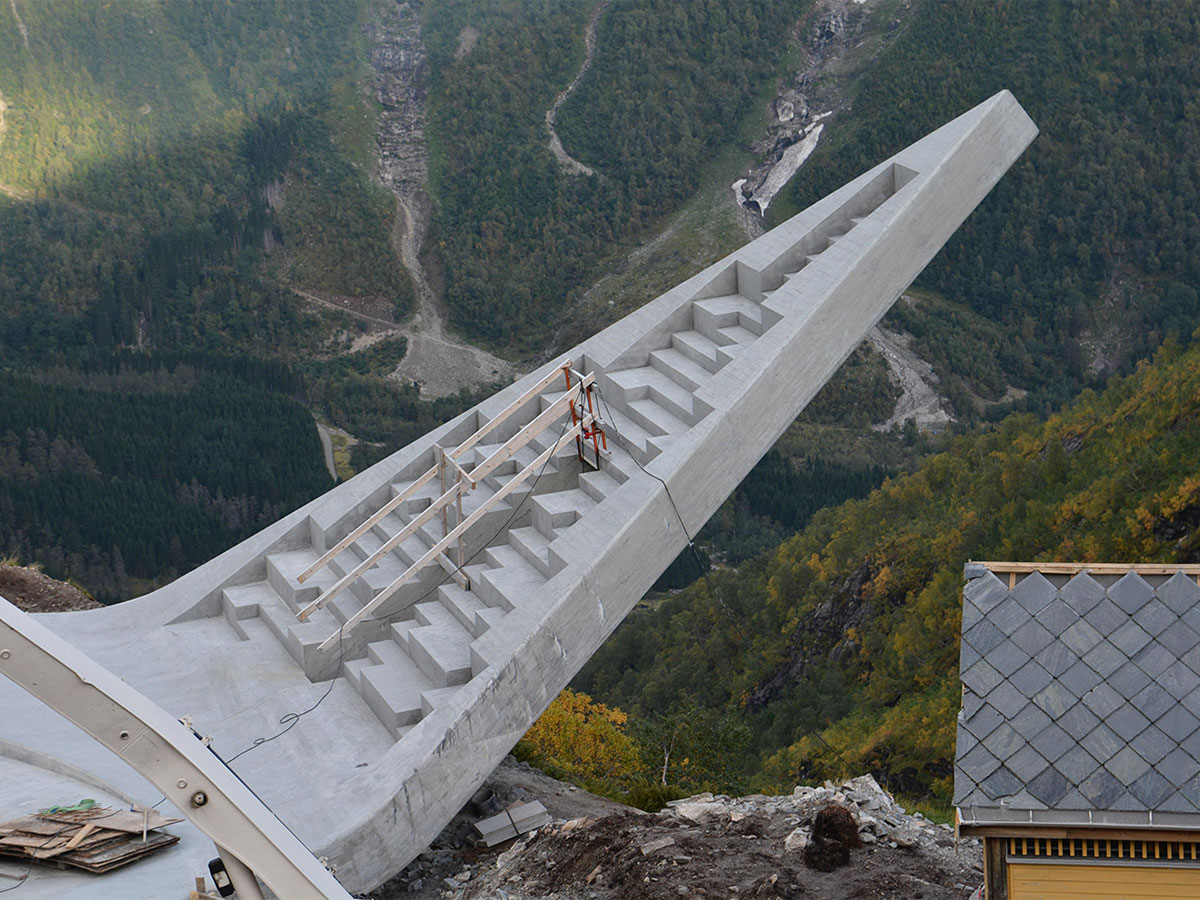 A new lookout along Norway’s National Tourist Route Gaularfjell is set to open in June 2016.

Labelled Utsikten, which is Norwegian for 'The View', the viewpoint is perched precariously on the side of the road as an addition to the country's Public Roads Administration's tourist locations. From this angle, Utsikten looks like a giant bird with its winged appearance. Image: Eivind Nygaard The minimalist concrete slab channels striking geometry, however some may argue that the stand-out feature is not the architecture of the lookout but what it's looking at: a breathtaking, uninterrupted view towards 1500m-high mountains and deep canyons.

The lookout appears as if it is balancing on the edge of the mountain, 700m above the ocean. Norwegian architects Code AS won the competition to design Utsikten back in 2008 and the project is set to open in June 2016. Eivind Nygaard of Code AS commented on the project:

'Our ambition was to make a functional object that exploits the qualities of the site to a maximum by establishing several and various viewpoints and ways of moving around.' Code AS faced many challenges when building the project, with hurdles including: unpredictable weather conditions; no electricity at the construction site resulted in a diesel aggregate being used; no internet access; poor reception; and to finish it off, the road where concrete and other materials are transported is long, winding and closed during winter.