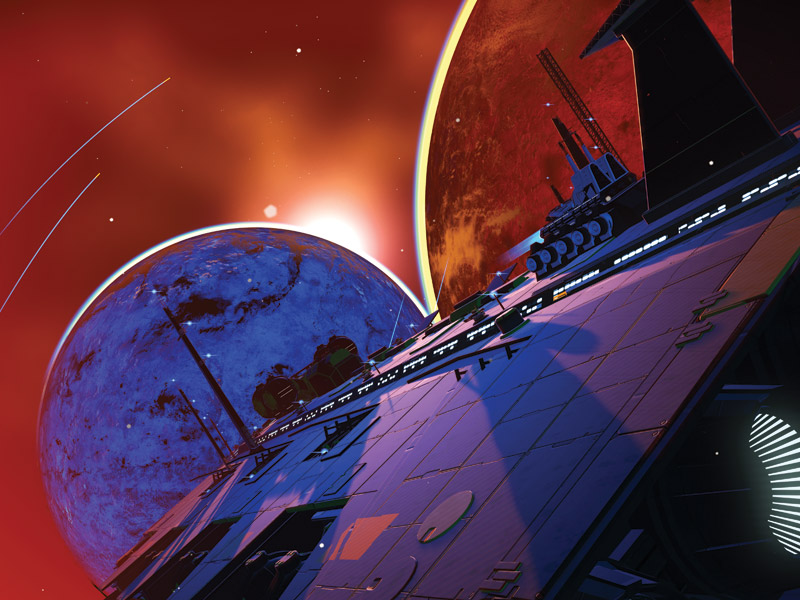 Sharna Jackson, creative director of Sheffield’s Site Gallery, shares her highlights of what to see and do this winter

Sharna Jackson is the artistic director of Site Gallery, Sheffield’s leading international contemporary art space, specialising in moving image, new media and performance. The gallery recently reopened following a £1.7m development by DRDH Architects. Jackson is also a children’s author; her debut novel, High-Rise Mystery, is released in 2019. She is on the board of Sheffield Doc/ Fest, Upswing Aerial Arts and New Writing North in addition to being a member of BAFTA’s Children’s and Learning and New Talent committees and the Children’s Media Conference advisory board.

Marie Foulston is an indie game legend, and together with her team, she has curated an excellent and dynamic show at the V&A. It sidesteps any — frankly tired — questions on the validity of videogames as artforms, and delves quickly into their design and processes and discusses their ability to create change. The show opens with Journey, a game that I’m not ashamed to say made me cry. To see its design documents, and to understand attempts to avoid cultural bias by abstracting its characters is not only a joy but also a privileged peek behind the curtain. V&A Museum, London

Ticket to de Toekomst
Until 3 March 2019 Villa Zebra is a truly inspirational and aspirational contemporary gallery for children in Rotterdam. Artists are present throughout the duration of the show, allowing children to have direct access and question their practice. It’s brave. Villa Zebra wraps its shows with strong, engaging narratives — and Ticket to de Toekomst (Ticket to the Future) is no different. The exhibition asks children to imagine futures both near and far and to explore what life might be like: how we travel, what we wear, but poignantly, what art is and what its role in society might be. The exhibition has been, appropriately, designed with Studio Made By, entirely from recycled materials. Villa Zebra, Rotterdam Curated by Laura Sillars, Site Gallery’s previous artistic director and now director at MIMA, along with our curator Angelica Sule, our debut exhibition in our newly expanded gallery suggests that we are living in a crystal era — the liquid crystal flowing underneath ubiquitous screens dominates contemporary life. This group show includes work from Jennifer West, The Otolith Group and Shimabuku, and is formed around. Crystal, Fabric, Field, a newly commissioned sculpture by Anna Barham. Her piece acts as a cabinet of curiosities and its design is based on the geometric forms of crystals as they grow in nature. It’s an ambitious and thought provoking show, the perfect way to reopen Site and show our best face. We’re extremely excited for it to tour in 2019. Site Gallery, Sheffield

Atlas of Brutalist Architecture
Out Now The eagerly awaited Atlas of Brutalist Architecture is a companion of sorts to Phaidon’s This Brutal World, and I’m looking forward to treating myself to an early birthday present. The resurgence of the appreciation of brutalism is so intriguing — a cultural zeitgeist formed of a blend of romanticism and gentrification. This aside, these modernist buildings are truly striking and command the spaces in which they are situated. I’ve spent the last six months working on a middlegrade novel for children set on an estate, which takes design cues from Trellick Tower and Park Hill. I spent as much time, if not more, working on the layout and structure of the buildings as I did on character development and plot. Phaidon Press

Picture Gallery in Transformation: Tate at MASP
Until 16 February 2019 Museu de Arte de São Paulo is a brutalist marvel, designed by Lina Bo Bardi, suspended above a public square. Her influence is absolutely mirrored in the design of its collection spaces on the second floor. Instead of work being fixed to the wall, paintings are hung on glass easels, anchored by concrete blocks. These ‘cavaletes de cristal’ allow visitors to walk through a floating forest of works. It might be just me, but I find this super thrilling — it’s like being let into a secret. MASP has been working with Tate to add to and enhance its collection, allowing visitors to make new connections and journeys. The flexible design means it’s both quick and relatively easy (in theory at least) to swap works and rapidly rearrange the space. MASP, São Paulo I spend a lot of time in Rotterdam maintaining an old Dutch barge, and I find it to be an interesting and invigorating city — architecturally and culturally. The OMA-built Kunsthal opened Action Reaction in September, a revival of Dynamo from 2013, which celebrated a century of kinetic art at the Grand Palais in Paris. Crucially, the show debuts Mechanisches Ballett, a piece by Heinz Mack that existed only as a model until now. The entire show is a real treat for the senses and o.ers very-welcomed distortions of reality. Kunsthal Rotterdam