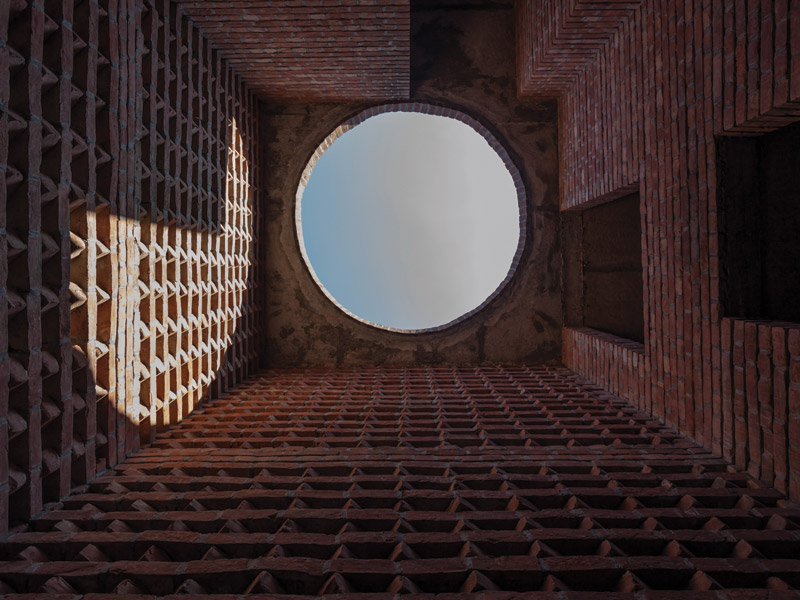 Chief curator of the Whitechapel Gallery, Lydia Yee, shares her recommendations for the best shows to kick off 2019

Lydia Yee has been chief curator at Whitechapel Gallery since 2015 and most recently curated Ulla von Brandenburg: Sweet Feast (2018), Leonor Antunes: the frisson of the togetherness (2017) and Mary Heilmann: Looking at Pictures (2016). Previous to that, Yee was curator at the Barbican Art Gallery and a senior curator at the Bronx Museum of the Arts in New York. She was also co-curator of British Art Show 8 (2015–16), which toured to Leeds, Edinburgh, Norwich and Southampton.

Is This Tomorrow?
From 14 February to 12 May

My next show at Whitechapel Gallery features ten projects by architects and artists working together to highlight the potential of collaboration and offer a vision of the future. They present new projects addressing key issues we face today such as the challenge posed by new technologies, human impact on the environment, migration and resource scarcity. Is This Tomorrow? takes as its model the groundbreaking 1956 Whitechapel Gallery exhibition This is Tomorrow, and revisits the idea more than 60 years on. Whitechapel Gallery, London Frida Escobedo, founder of an architecture and design studio based in Mexico City, will discuss her recent projects which range from her Plaza Civica in the courtyard of London’s V&A, her installation at Museo Experimental el Eco in Mexico City, and the 2018 Serpentine Pavilion. RIBA, London

Frieze Los Angeles
From 15 to 17 February The inaugural edition of Frieze Los Angeles looks exciting, particularly the projects which will be installed around the New York Street backlot of Paramount Pictures Studios. Having lived in New York City, I find these artificial streets, buildings and interiors fascinating and even more so when populated by real artworks, including installation, sculpture and performance by artists such as Lisa Anne Auerbach, Catharine Czudej, Cayetano Ferrer, Barbara Kruger, Paul McCarthy, Kori Newkirk and Tino Sehgal. Paramount Pictures Studios, Los Angeles

Theaster Gates: AMALGAM
From 20 February to 12 May For his first solo show in France, this new project by Theaster Gates explores social histories of migration and interracial relations. The exhibition’s starting point is the story of the mixed-race community on Malaga Island, which is part of Maine on the east coast of the US. In 1912, the local government evicted all of its residents. The term ‘amalgam’ is a near anagram for Malaga and suggests cultural, racial, ethnic and religious mixing. Its loaded significance will be manifested in new videos, sculptures and other works by Gates. Palais de Tokyo, Paris Closing soon, this is the first time a major exhibition of the American visual artist and activist Nancy Spero (1926–2009) has been shown in Mexico. Curated by artist and writer Julie Ault, it features nearly 100 works from Spero, ranging from the Black Paintings made in Paris in the early 1960s and the War Series (1966–69) cycle of works, motivated by her outrage over American atrocities in Vietnam, to her last major work Maypole: Take No Prisoners. Museum Tamayo, Mexico City

David Adjaye: Making Memory
From 2 February to 4 May The form and purpose of monuments have evolved throughout history as a way of memorialising our triumphs and failures. Through landmark projects such as the Smithsonian National Museum of African American History and Culture in Washington DC and the UK National Holocaust Memorial and Learning Centre in London, celebrated architect David Adjaye presents new ways of understanding monuments in which architecture and form are used as storytelling devices. Design Museum, London.