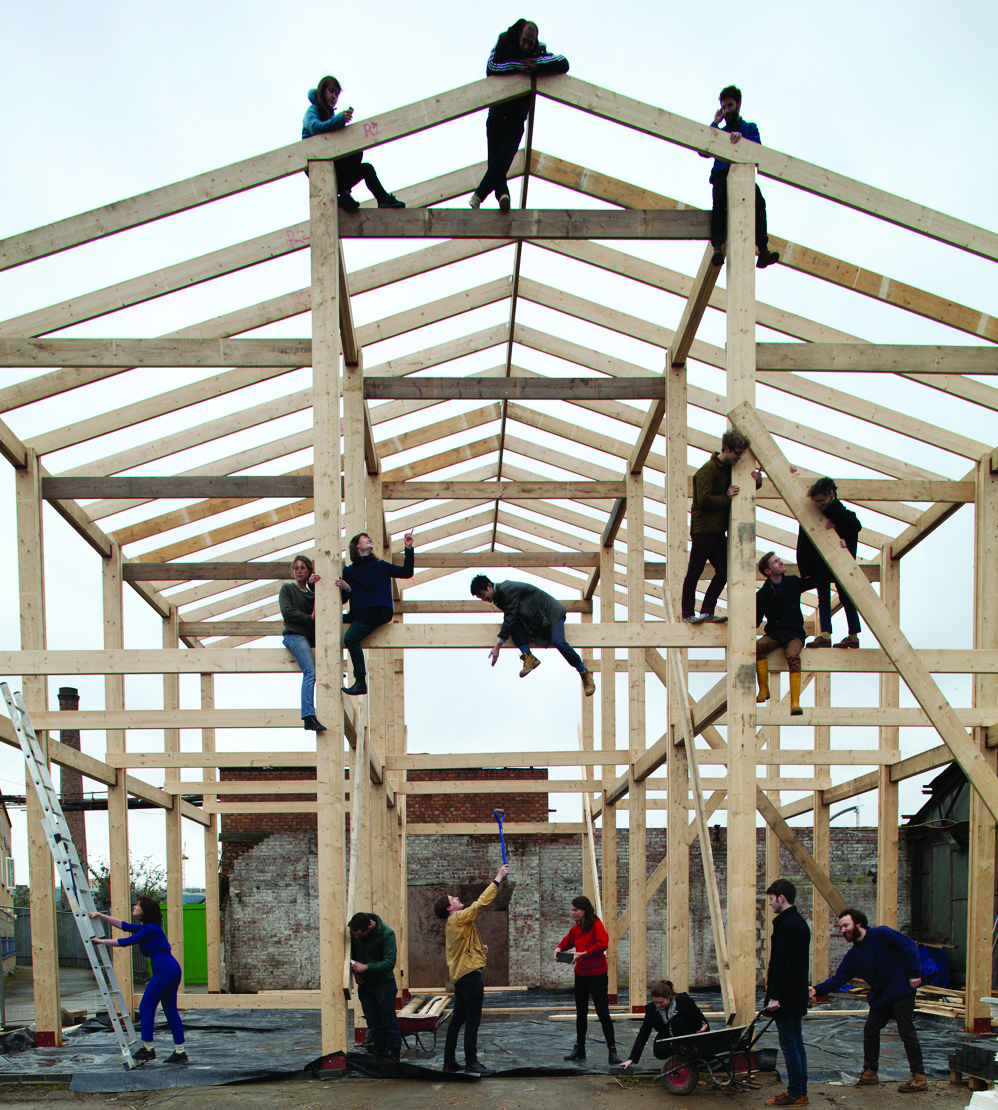 Assemble is a London-based collective of 18 members who work across the fields of art, architecture and design. They have been working together since 2010. Assemble champions a working practice that is interdependent and collaborative, seeking to actively involve the public as both participant and collaborator in the ongoing realisation of the work. In 2015 Assemble won the Turner Prize for its Granby Four Streets project, a grassroots’ restoration and regeneration of a neighbourhood in Toxteth, Liverpool, in collaboration with a Community Land Trust.

For Baltic’s Level 4 gallery, Philipsz is staging the presentation of new work, A Single Voice. An adaptation of Karl-Birger Blomdahl’s opera Aniara 1959, the narrative follows a group of colonists who leave a doomed planet Earth behind to set up a new life on Mars, but are left to float in space following an accident. In Philipsz’ installation, a large film projection combined with the sculptural arrangement of 12 speakers act as an intimate meditation on themes of distance, separation and isolation. Baltic Centre for Contemporary Art, Gateshead 2. The University Is Now on Air: Broadcasting Modern Architecture
Until 1 April

The Canadian Centre for Architecture continues its radical programme addressing marginal and sometimes subversive topics, from practice to geography and — in this case — education. In questioning access to and quality of education, the exhibition looks at MOOCs (Massive Open Online Courses), presenting a model that addresses the dissemination of knowledge in bold new forms. The display focuses on A305, History of Architecture and Design 1890–1939, an Open University course that ran between 1975 and 1982, revealing the way in which television and radio broadcasts were central to its pedagogy. Canadian Centre for Architecture (CCA), Montreal A short festival of free events, talks and panel discussions exploring where we stand today with the ‘Five Giants’: the challenges of poverty; health and social care; education and skills; housing and urbanisation; and the future of work. If there are teenagers in your life, look out for the Truth and Lies about Poverty run-up event on 8 February, when Stephen Armitage will be presenting the key ideas from his 2017 book, The New Poverty, for an audience of 13 to 18-year-olds. London School of Economics (LSE), London Complicité artistic director Simon McBurney directed Stravinsky’s 1951 opera The Rake’s Progress for Festival d’Aix-en-Provence in 2017, and it’s returning for a short run in Amsterdam this February. A collaboration with his brother and musical scholar, Gerard McBurney, with a stage set designed by Michael Levine, the show uses a largely American cast to sing WH Auden and CS Kallman’s libretto. While the word ‘opera’ might put you off, and it will cost you an order of magnitude more than anything else on our list, it will undoubtedly be a work of extraordinary visual and spatial drama and offer a real run of the wilder expressive capacities of the form. Dutch National Opera, Amsterdam MIMA’s exhibition presents four shows that explore the liminal boundary between art, architecture and activism to propose solutions for alternative ways of living. Approached from an explicitly political perspective the exhibition includes A Room of Our Own, The Housing Question, Untitled (City Plan) and our project Granby Workshop — an ongoing collaborative social enterprise comprising Assemble, local residents and makers in Toxteth, Liverpool, creating and selling homeware as part of local ground-up regeneration efforts. Middlesborough Institute of Modern Art (MIMA), Middlesborough 6. Poverty Safari: Understanding the Anger of Britain’s Underclass
Out now

The first book by Darren McGarvey, a Glaswegian hip-hop artist who releases and performs as Loki, this lively, compassionate, powerful, occasionally raw book forces open space for a more wide-ranging discussion of how poverty is sustained and reproduced. In a very direct, often anecdotal tone, McGarvey addresses messier, stranger, turbulent sets of causes and complicities that escape any of the other books we have read that tackle this subject, from across the academic and literary spectrum. Really extraordinary. Get a copy. Published by Lauth Press, UK