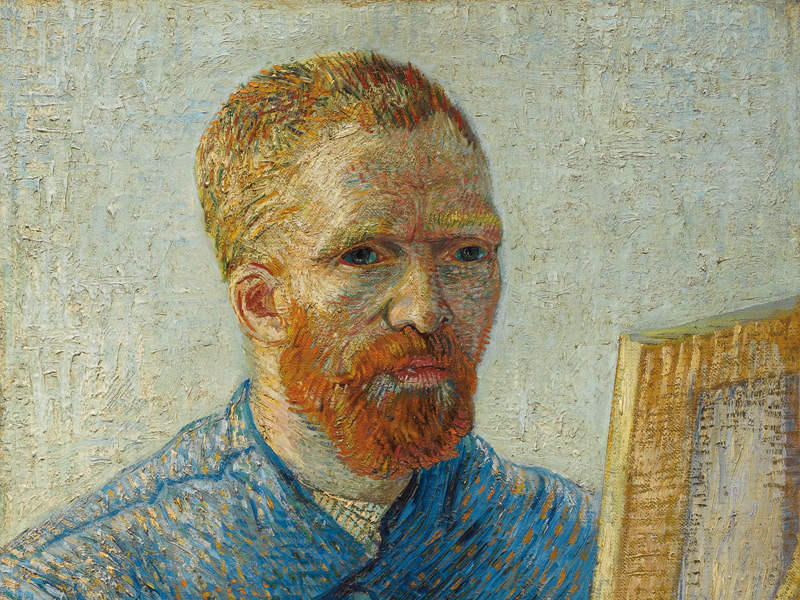 Curator and Director of the Van Gogh Museum, Axel Rüger picks his top art and design events across the world for the winter months Masterpieces such as the Sick Child, the scream and Wheatfield with reaper will be shown together for the first time to underscore the kinship between the artists. vangoghmuseum.nl The state of the art of architecture explores how architects, artists, designers, planners, activists and policy makers around the world are tackling the most pressing issues of today. The programme includes the amazing turner Prize-nominated assemble. chicagoarchitecturebiennial.org

Ai Weiwei
Helsinki Art Museum, Helsinki
Until 28 February
After years under house arrest, Chinese dissident artist Ai Weiwei has been allowed to travel. As well as a blockbuster exhibition at the Royal Academy of Arts in London, Ai Weiwei is reopening the Helsinki Art Museum following a year-long renovation of the historic tennispalatsi (Tennis Palace). The artist has filled the domes with his best-loved works in wood, including the new 10m x 8m 'White house' built in the traditional Chinese style. hamhelsinki.fi

Goya: The Portraits
The National Gallery, London
Until 10 January
I'm really looking forward to this show at my old place of work, The National Gallery in London, which traces Goya's development from his first commissions to more intimate later works painted during his self-imposed exile in France in the 1820s. His was an interesting career that spanned revolution and restoration, war with France and the cultural upheaval of the Spanish enlightenment, and should make for a great exhibition. nationalgallery.org.uk

Picasso Sculpture
MoMA, New York
Until 7 February
The first museum exhibition of Picasso's sculpture in the USA in nearly 50 years is a sweeping survey of the artist's innovative and influential work in three dimensions. With a particular focus on his use of materials and processes, the exhibition features more than 100 sculptures, complemented by selected works on paper and photographs, which should demonstrate just how revolutionary his output was in all media. moma.org

David Bowie IS
Groninger Museum, Groningen
11 December -- 13 March 2016
David Bowie is on his way to Holland! This International retrospective of the extraordinary career of David Bowie, one of the most pioneering and influential performers of modern times, includes more than 300 objects from handwritten lyrics to original costumes and rare performance material brought together from the David Bowie Archive. If you didn't catch it at the V&A in London, then it's a must to go and see it in Groningen. groningermuseum.nl