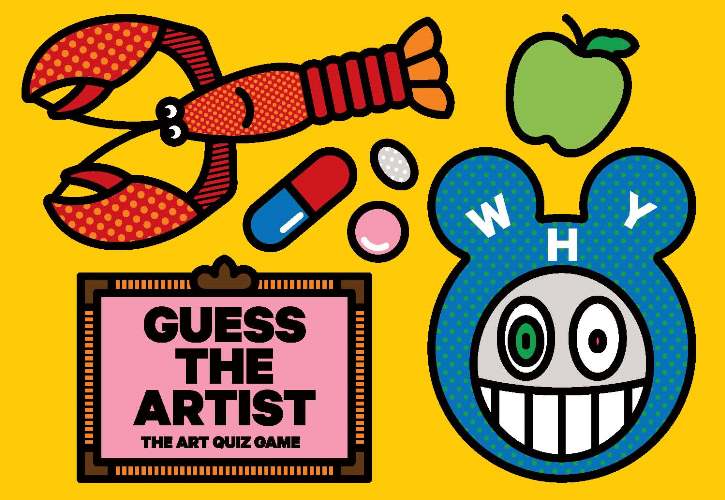 So you think you know art? We are sure you are able to tell your Picasso’s from your Warhol’s, your Turner’s from your Lichenstein’s, but how much do you really know?

A new game visualised by designers, Craig and Karl, called Guess the Artist: The Art Quiz Game will allow you to find out.

The game has been published by Laurence King and is set to launch on Monday 28 August. Featuring illustrations inspired by 60 iconic artists from Michelangelo to Basquiat, Hokusai to Hieronymus Bosch, Guess the Artist is a simple parlour game that challenges players to identify iconic artists using just three visual clues. Players can then read some weird and wonderful facts about each artist’s life. For example, we best you didn’t know that that Ai Weiwei spent more than a decade in the US, where he reportedly became a very good blackjack player and frequented Atlantic City casinos. Guess the Artist: The Art Quiz Game is the latest work from designers, Craig Redman and Karl Maier. Despite living in separate cities, New York and London, they somehow make it work to create bold creations with a sense of humour. The duo is widely known for their mass scale, colourful installations like the 14,000 square foot ‘candy carpet’ they created in Chengdu, China in 2015.