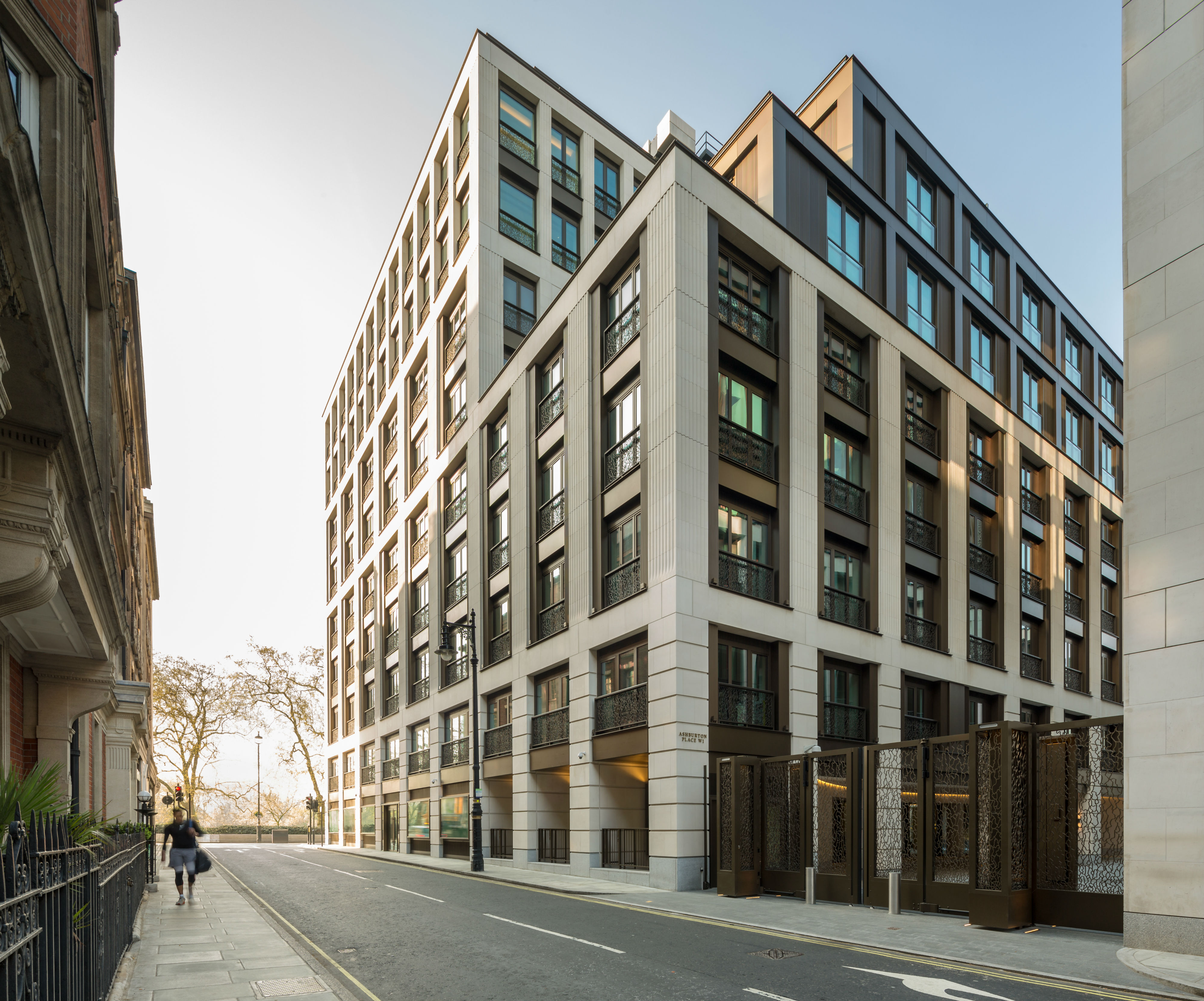 We visit the recently completed new Mayfair address, Clarges Mayfair, to find out more about the luxurious development.

With unparalleled views of Buckingham Palace and Green Park, British Land’s new landmark project lies in the heart of London for all to admire. Designed by international architects Squire & Partners, Clarges Mayfair has been created to embody the local history of its location; the build effortlessly complements the architecture surrounding it, in part thanks to the elegant façade, which is made of traditional Portland stone and completed with contemporary detailing.

Inside the building is even more spectacular. The interior design for Clarges Mayfair was headed by Martin Kemp Design, a world renowned studio that has designed all of the public spaces in the development, as well as three show apartments. Luxury residential design company BradyWilliams were responsible for dressing two more show apartments – all of which have now been sold.

On entering Clarges Mayfair, guests arrive into a grand entrance hall with a quadruple height domed ceiling; the space at the top of the dome has been transformed into an extensive piece of artwork by light sculpture specialists, Haberdashery. Commissioned by Martin Kemp Design, the artists have created a bespoke artwork that flows over the oval ceiling, featuring a range of symbols and patterns that symbolise Mayfair, including leaves for Green Park, diamonds for the Mayfair jewellers, and even custard creams.

“Clarges Mayfair embodies Mayfair’s illustrious history and was inspired by the surrounding architecture of prized Piccadilly landmarks, including The Ritz Hotel and The Wolseley, through the use of traditional Portland stone with contemporary detailing,” explains Maria Averkina, the head of Clarges Mayfair. “Subtle features on the staircase echo classic watch mechanisms and three decorative copper sculptures are reminiscent of the Elizabethan lace ruffs, from which Piccadilly acquired its name.”

Throughout Clarges Mayfair, every effort has been put into the finer details; this extends from the public areas into each of the luxury apartments within the development. Potential buyers were offered the choice between a light marble palette and a more masculine, darker palette which could be used for the finishes; every apartment within Clarges Mayfair has a different layout, making them all almost completely unique within the building.

A range of exquisite materials have been used within the properties including black onyx and Nettuno marbles; Tanganika timber and dark stained oak; and rich, luxurious fabrics – including hand woven tufted carpets made of wool and silk. The ironmongery throughout the development is made of polished nickel, and even the doors have been embossed with metal detailing; these reference Mayfair’s local street network, and were inspired by Art Deco.

In the corridors and other public spaces, Clarges Mayfair have opted to continue the tradition of Mayfair’s world-class artisans by hand picking a selection of British based talent to create bespoke pieces for the development. These include pieces crated by artist Sophie Coryndon, who has taken inspiration from Green Park to create ‘tapestries’ of cast and gilded flowers that appear on every floor.

As well as having their own unique apartment, the residents of Clarges Mayfair can access a range of luxurious facilities, including a state-of-the-art gym, a private cinema, and a wellness spa. Designed by Martin Kemp, the décor in the spa takes inspiration from the traditional English spas of Harrogate, Bath and Cheltenham; the 25 metre pool is lined with colonnades and lit with an ambient, warm glow. It seems that anywhere within Clarges Mayfair, residents will be enjoying the luxuries of one of the finest developments in London.