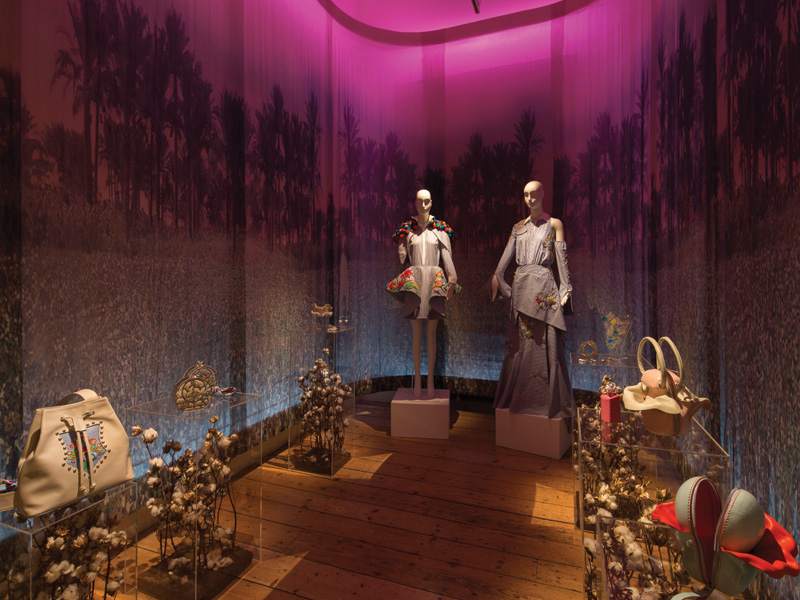 Sarah Mann, director of the British Council’s architecture design fashion team tells FX what she looks for when selecting practices for commissions.

What does your role at the British Council broadly entail?

I am director of the architecture design fashion team at the British Council, which builds knowledge, funding and understanding between the UK and the wider world. The ADF team identifies opportunities for projects in architecture, design, fashion and craft, using design as a way of understanding each other by finding a shared experience.

I work with a team of 10 programme managers who each look after a discipline and a region. We’re on the ground in 110 countries and we work with our colleagues overseas to formulate the programme, which enables us to better understand what works in each region.

There are some emerging themes in the programme across disciplines, such as cities and the empowerment of women and girls. While, traditionally, the British Council has been about showcasing British excellence, now our work is more collaborative and we’re increasingly working in partnership with other organisations, including residencies that embed designers in different countries. We try to build legacy into every project we do – the idea is that when a project ends, there’s still a lasting relationship, whether through an individual design or through an organisation. The international Fashion Showcase at Somerset House is the British Council team’s biggest design commissions. Last year, it worked with Faye Toogood on the theme of Local/Global

Did you have a background as a design client prior to the British Council?

I studied design history as an undergraduate and then did an MA in curating contemporary design at Kingston University in collaboration with the Design Museum. I’ve worked at the Geffrye Museum, at consultancy Scarlet Projects and at Somerset House, where I worked with Claire Catterall on establishing exhibitions and public programming. I first became involved at the British Council working on a special three-year project – Connect ZA – building creative connections with South Africa.

How many different design projects do you generally commission a year and what sort of work does this range across?

I oversee 60 projects a year of varying scales, from events and residencies to exhibitions and publications. We have our regular major programmes, such as Design Connections at the London Design Festival, the International Fashion Showcase for emerging designers at Somerset House, and the British Pavilion at the Venice Biennale, as well as other initiatives such as for the Hull City of Culture last year.

We generally commission two or three exhibitions each year and recently worked with a fantastic design company called Studio Mentsen for the exhibition On the Line at the Aram Gallery, during London Craft Week. Curated by Martina Margetts of the Royal College of Art, this looked at how craft is under threat in three Southeast Asian countries. The International Fashion Showcase is one of our biggest design commissions. In 2017, we worked with Faye Toogood on the theme of Local/Global in fashion and culture. The design incorporated fabric dyed with London clay, and stacks of London bricks, to explore the materiality of the city, as well as really nice hand-made typography by Amy Preston to accompany it.

How do you go about commissioning designers and architects?

We are always on the lookout for emerging talent – that’s one of the perks of the job – and our department has a long history of championing emerging talent. A big part of our work is knowing what’s going on in new UK design – often we’re the first port of call for our colleagues from overseas. We do a lot of studio visits and invite designers to come in and do a presentation of their work at regular team meetings. We typically approach three studios to pitch for a brief and do a very small, light-work tender.

For projects such as the Venice Biennale, we advertise for a curatorial team and, normally, they will already have a productive working relationship with a graphic designer. Our budgets are usually quite small, but the opportunity to gain international experience at that early stage in your career is really valuable. The British Council recently worked with Studio Mentsen for the On the Line exhibition at the Aram Gallery, on threatened craft skills

What qualities do you look for in a designer/ architect?

Creativity, definitely! Clarity is also really needed, as well as great flexibility in relation to different partners and venues. We’re looking for something exciting, the best of British creativity and for a designer who has a critical approach and intelligence to their work.

What designers/architects are you working with at the moment and on what?

Residencies are a growing programme. We recently had two design residencies – Matteo Fogale, a fantastic furniture designer who has been working in Uruguay, and Billy Lloyd, a ceramicist who is working in Mexico with female artisans. They’re both really exciting designers.

Over the next two years we’re going to be undertaking a two-year programme in the Gulf with Matter and Little Inventors, looking at design as a driver for social change.

We have four UK residencies a year, three in London and one in Ditchling and have a continuing partnership with the Winston Churchill Fellowship, which has a fairly open brief and gives architects and designers the chance to go out and pursue research opportunities. This year we’ll be working on an event about recent recipients, who include Assemble. What aspirations do you have for Island [the winning proposal for the British Pavilion] at the next Venice Biennale?

Island opens on 26 May. The British Council runs the pavilion and we selected Caruso St John Architects with artist Marcus Taylor from a record 90 responses to our open call for curatorial teams. John Morgan is working on the graphic identity and publication for Island.

The pavilion will relate to the central curatorial theme of Freespace set by Biennale curator Grafton Architects. This looks at the quality of space and will really concentrate on architecture’s ability to be generous.

Without giving too much away, Island will be a built response – an architectural intervention rather than an exhibition, and will challenge the way architecture is represented by giving people a new opportunity to experience architecture. It will be both a physical and a metaphysical space, which is quite exciting. We hope it’ll be a platform for debate that reflects on the idea of Island, as well as creating a new public space in the Giardini for the public to rest in during the Biennale. We hope it’ll be a place for people to enjoy. We want it to be a great piece of architecture. Also it will be a collaboration between an architect and an artist, which I don’t think we have had before.

What projects do you feel have turned out particularly successfully?

We did an international suite of projects in Korea as part of the UK Korea Year of Culture in 2017. We worked a lot on projects that examine production in cities, collaborating with We Made That on an exploration at the Barbican of the supply chains. For Project Seoul Apparel, we sent two RCA students to work with local architects and designers in Seoul to look at manufacturing supply chain and curate an exhibition. Seoul retains a huge manufacturing base right in the city and that productivity is something it had in common in London. It was a really interesting exchange.

What is the most challenging part of your job as a design client, and what part do you enjoy?

The challenging bit is working internationally. There are few opportunities to meet people face-to-face, so you have to be really clear about what’s in the brief to make sure that everyone’s objectives are met, while also having the flexibility to change. Clarity is really important, across both different text and visual languages.