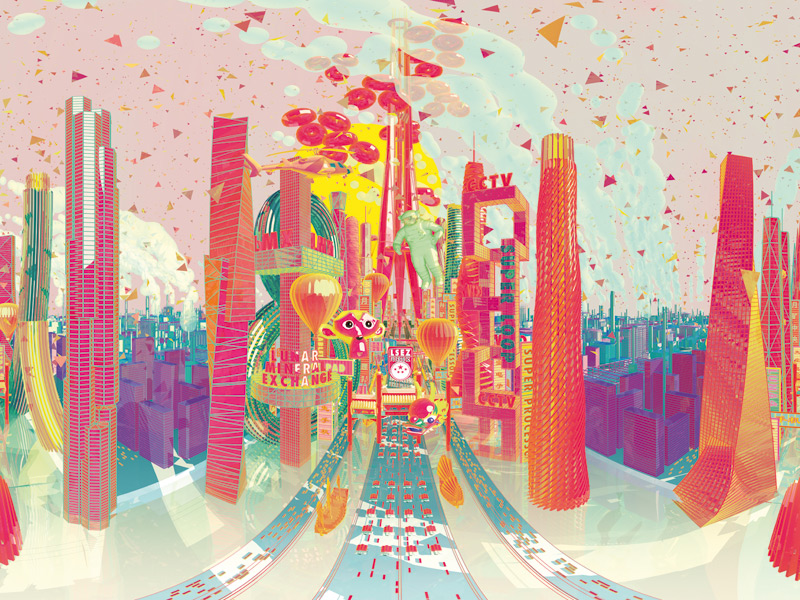 As we head back to school, it’s time to celebrate the very best in student work from around the UK. To help survey, nominate and comment on degree projects ranging from architecture and communication design to product design and material futures, Blueprint has brought together a spectrum of esteemed practitioners, designers and critics, including Alex Arestis, Eddie Blake, Kevin Haley, Adam Hiles, Kristian Hyde, Holly Lewis, Hugh McEwen, Steve Parnell, Katherine Spence and Elly Ward. The future starts here... The often-profiled Unit J at Oxford Brookes, helmed by Sara Shafiei and Aleksandrina Rizova, presented the work of Sadler and Clay. They revelled in the unit's focus on making both in their personal work and especially in the unit's standout group project. A space just off camera in Jacques Tati's Playtime is investigated, imagined and reinhabited by a chain-smoking cleaner. Portrayed through delicately coloured renders and sketches, the space expands and contracts, whilst always remaining just out of view of the camera.Hugh McEwen Wang's project considers the future of China in relation to its existing monopoly on the trade of mineral exports. He proposes a speculative vision where a rich and exclusive supply of lunar minerals are harvested from the moon. It is both beautifully depicted and poignant -- his dizzying visuals show a gigantic city parade showcasing its advanced status as an emerging global superpower. His cavalcade of floating characters and sparkling ticker tape project a carnival atmosphere that for all its optimism feels eerily sinister. Elly Ward The industrial-looking box that lives on so many kitchen counter tops is way overdue for a serious makeover. In redesigning the microwave, Rich has looked to create a 'soulful object' and tried to make it look as though it belongs in a kitchen. 'I am interested in questioning accepted structures and archetypes: not for the sake of provocation or change, but because they often exist upon foundations that don't hold up to scrutiny,' he says. 'Challenging these preconceptions can lead to outcomes that are far lovelier to live with.' Johnny Tucker