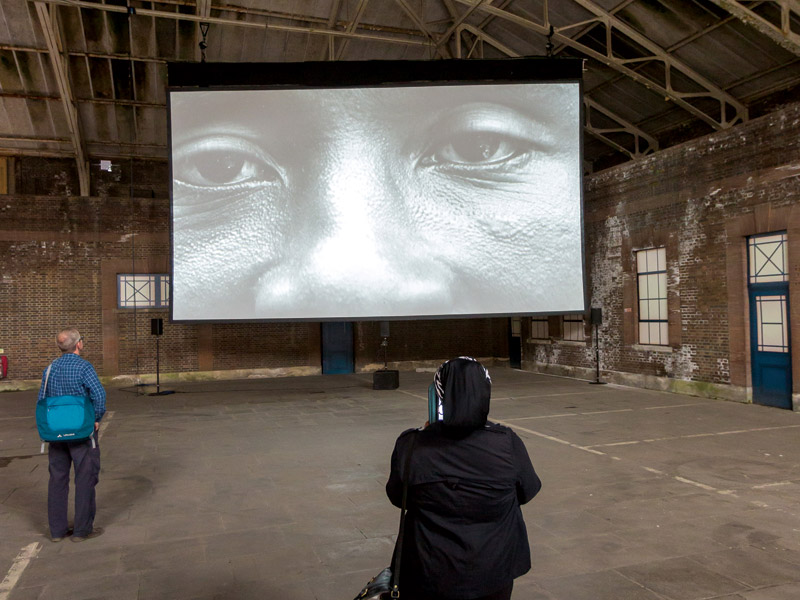 Veronica Simpson assesses the importance of arts festivals being held in the UK’s under-appreciated cities. Are they making a difference?

It all comes down to finding the right building: ideally, somewhere with a solid footing in the heritage of a place, but semi-ruined, for the locals and visitors to discover or rediscover.

For the inaugural Estuary Festival 2016, that building was the Tilbury Cruise Terminal. Once a gateway to far-flung shores for thousands of Brits, it is still visited by around 12 cruise ships a year. You can imagine the bafflement of the London-bound American tourists as they step into this creaking complex of shabby walkways, peeling paint corridors and pontoons. This venue is what made the first Estuary Festival add up to more than the sum of its parts. If, on the other hand, you started in Southend and saw only the cheery ‘Wish you were here’ themed festival beach huts posted on its pier, containing pop-up exhibitions on the region’s literary, artistic and nautical heritage, you’d have been forgiven for feeling a tad underwhelmed; even with the pop-up maritime museum nearby, featuring a winsome artist’s map of all the ships that have sunk in the Estuary. That’s the trouble with festivals that are scattered across a wide area: you never know what people are going to encounter first, or in what order, and for what reason.

If you are going to drag visitors away from the cultural hotspots of London (or other nearby metropolitan centres), or the locals away from the comforts of their living rooms and on-tap TV, then you really have to make that visit count. Which is why it helps to have one or two flagship venues that pulse with all the best intentions and artistic endeavours. Nearly all of the works explored the dual aspects of water: as a means of escape, economic empowerment, or reinvention, and as a massive environmental threat. Tales of survival, of life on the edge – the edge of the sea, the edge of the city – were skillfully evoked. From photographer Gideon Mendel’s haunting portraits of flood victims from around the world, to the flagship film piece from celebrated British artist John Akomfrah, Mnemosyne, which greeted visitors entering via the now disused former railway station, it was through here that the ‘Ten Pound Poms’ once poured before embarking for their new lives in Australia. This hall also greeted the Empire Windrush’s Caribbean-born, London-bound passengers in 1948. Enhanced by this historic but now defunct setting, Akomfrah’s film ruminates on home and displacement: archive clips of mass migrations and arrival are woven around the film’s recurring visual leitmotif of a young black man, wearing a bright yellow anorak, trudging through a snow-covered landscape of roads and forests, looking thoroughly alien.

Down on the pontoon level, the cellular offices became intimate gallery spaces evoking aspects of coastal life, both current and historic. Some explored the coast’s parallels with interior landscapes – none more movingly than poet Lavinia Greenlaw’s first film work, The Sea is an Edge and an Ending (2016), investigating what happens when your memory is slowly eroded, inspired by her father’s experience with Alzheimer’s. But it was New Yorker Jem Cohen’s film World Without End (no reported incidents) (2016) that finally brought me close to some actual insight into the Estuary’s cultural and geographic landscape. Specially commissioned by the festival’s director, Metal, Cohen filmed around the locality over two weeks last year and somehow his outsider’s eye caught something special and (seemingly) authentically Estuarine, with its rolling cast of vintage hat makers, curry impresarios, vintage blues rockers (the aged remnants of Canvey Island’s incomparable Dr Feelgood), muddy low-tide vistas, misty autumn parks, pigeons and piers.

Film and video art may be more accessible than other art forms, but they leave no trace beyond the memories of those who watched them. So, what is the legacy of a festival such as this? They are a good lure to get visitors and locals outside their usual comfort zones, for sure. The Fort Film night at the Coalhouse Fort also looked enticing, featuring a newly commissioned work set in Essex by filmmaker Eelyn Lee, followed by a sea-themed classic blockbuster chosen by the public (options included Moby Dick). But what is left after the cameras, projectors and culture vultures have departed? And how do you ensure that you spread the net wide enough to secure audiences of the right diversity and size?

Metal had cleverly scheduled this festival to coincide with other cultural highlights to make sure the audiences cross-fertilised: the Radical Essex weekend took place the weekend before the Estuary event, celebrating radical social and architectural movements in the region; and the Shorelines literature festival ran concurrently with it. Schools, community initiatives and arts venues across the region had been taking part in talks and workshops prior to these events, so the publicity had permeated to many different demographics, ages and communities. But can the goodwill and memories make a difference, once the party’s over and the momentum and projectors have evaporated?

Metal founder and Southbank Centre’s artistic director Jude Kelly believes so. She was on the inaugural Estuary tour bus to tell us why, 12 years ago, she set up Metal to encourage artistic experimentation in unlikely places. ‘Places are like us,’ she says. ‘If people tell you that you are not very interesting, or a bit dim, it goes in….’ Real results are rather hard to quantify. But for what it’s worth, this lazy Londoner certainly felt tempted to head back Estuary-wards afterwards. And that, I guess, is a start. 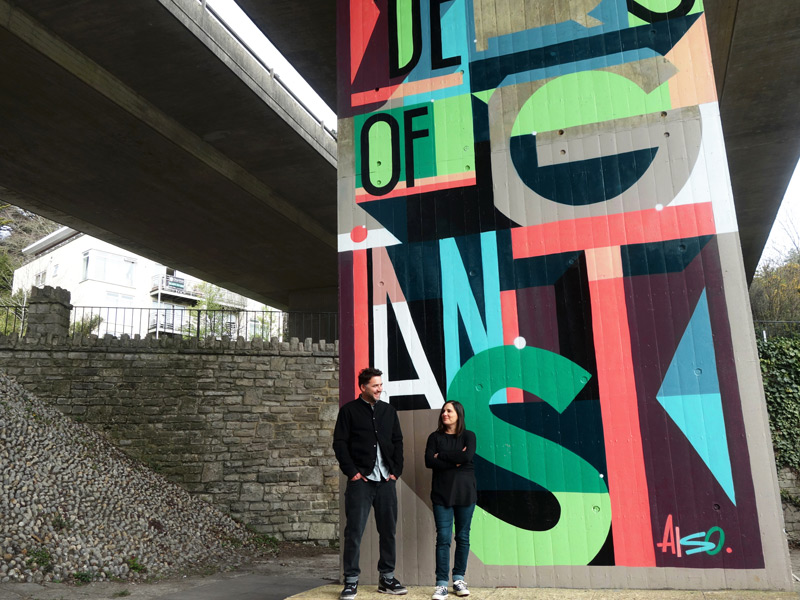