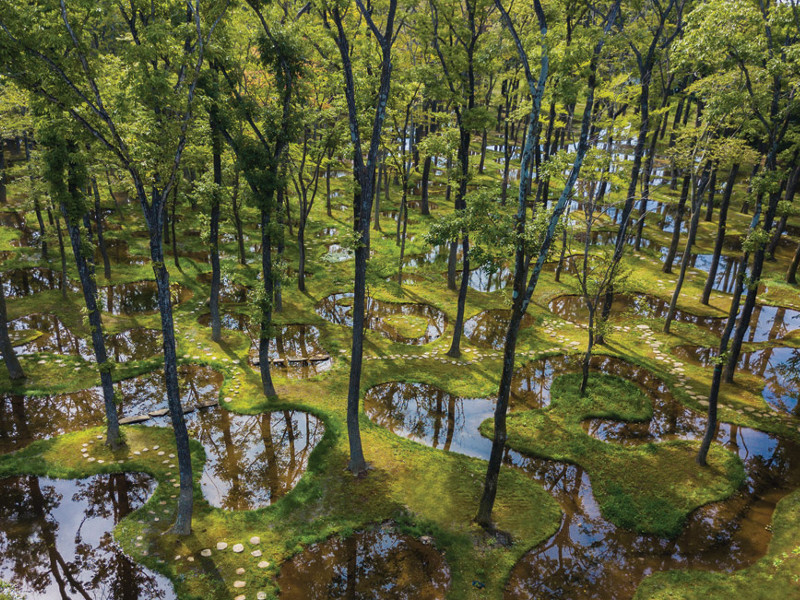 Most Architecture awards are really about impressing other architects. That may seem a rather obvious statement, but when the cost and scale of an architect’s creative endeavour has such a potentially massive impact on its stakeholders, it’s interesting that few awards take the social, cultural and economic value – the actual result of all that complex architectural endeavour – into account.

That mood is changing. Widespread economic inequality and looming climate catastrophes have altered the narrative so that spectacular, and spectacularly expensive, buildings for the world’s richest patrons (Bloomberg, Foster, last year’s Stirling Prize – need I say more?) are no longer palatable. And although all the contenders in 2019’s shortlist were worthy of the prize, it was rather wonderful that a humble but delightful, highly sustainable and socially connective, social housing estate in Norwich won the Stirling this year (hearty congratulations to its architects Mikhail Riches).

Prizes are not everything, but they do say a lot about what we value and why. And, by all accounts, they can make a massive difference to the scope and scale of the projects the winning architects are offered subsequently.

For all these reasons and more, there is good cause to welcome a new architecture award, from the Obel Foundation, established by Danish businessman Henrik Frode Obel (1942-2014). Obel was born in the rather unlovely, industrial, north Danish city of Aalborg, which was also the birthplace of Jørn Utzon, architect of the Sydney Opera House. So Obel knew well the power of architecture to transform a city’s sense of itself, along with its fortunes. But it’s not that kind of iconic, statement architecture that the award aims to recognise. According to its publicity, the Obel Award ‘offers an incentive to architects worldwide to consider their obligations towards the common good’. It aims to ‘increase awareness in the general public of the transformative and social value of architecture’ by recognising ‘works that test the boundaries of architecture and transcend the age in which they are created’. The inaugural prize – which brings with it a very generous €100,000 – is awarded to Junya Ishigami, a young Japanese architect already feted for his rigorous, seemingly gravity-defying structures, which have won him a prestigious Golden Lion at 2010’s Venice Architecture Biennale, and the commission for 2019’s Serpentine Pavilion. But this time it is not a structure but a garden he has created. The Art Biotop Water Garden sits at the foot of Mount Nasu in Tochigi, north of Tokyo, next to an artist’s retreat, Art Biotop. Ishigami, when scoping out the area, discovered a hotel was about to be built in an adjacent spot, currently covered with mature forest, all of which would be destroyed in the creation of the hotel. Ishigami suggested replanting the forest – moss and all – in an adjacent meadow, a former rice paddy, thereby creating an extraordinary water and forest-scape. It’s a pretty novel idea, and certainly not the easiest nor cheapest to implement, but it allowed Ishigami to set out some bold parameters: nothing new was to be used in the creation of this garden; everything that could be used from the forest was to be reused. But he went further. He sculpted the rice paddy into a connecting network of small, elliptical ponds, each one a biotope – a miniature habitat for aquatic plants and animals. By utilising an existing irrigation system, plus the site’s gentle slope, he ensured that fresh water is continuously drawn through and around the site, providing mesmerising and ever-shifting reflections and patterns of light. The 380 mature trees he relocated were uprooted and replanted over the course of four years, with the trees grouped in sympathetic arrangements around the ponds, at a closer density than would normally be found within nature. Thus, the jury summarised, he had created a garden that is both ‘a highly artificial landscape, carefully modelled and dependent on technological artefacts’, and ‘an undeniably natural and living organism that grows and changes by its own inherent dynamics’. The jury, chaired by US landscape architect Martha Schwartz, and including directors of leading international practices – such as Kjetil Traedal Thorsen of Snøhetta – declared that ‘the project demonstrates how we can interact with and make our imprint on nature without destroying it’.

Speaking to Thorsen on the day the award was announced, he seemed really happy to have been part of something that deliberately sought out unusual and exceptional approaches. The shortlist (unpublished) was really strong, he said, with some interesting contenders, especially from China and also Africa. He hoped the size of the award might encourage practices to be more experimental, to prioritise research and pursue bold environmental visions. In reality, quite how the world of architecture might be shaped in response to this prize is anyone’s guess. But Ishigami was clear about his priorities: he’ll be ploughing the winnings back into his practice, paying his team and his bills. And in this response, he probably hoped to deal with the criticism that emerged over unpaid interns at the Serpentine opening. Perhaps awards could drive transformation in yet more practical and profound ways: if social and economic impact closer to home – i.e. within practice – becomes a qualifying criteria in every award, for example. Just a thought.