Tom Kundig, co-owner of Olson Kundig, joined Jim Olson in 1986 to found the practice, and has steadily diversified his range of project typologies from residential work to museums, wineries, high-rise multi-unit structures, and hotels. He has a strong environmental element to his work and a fascination with everyday, unloved architecture, believing people have left their mark on it and that with the right level of ‘care’ and ‘generosity’ that can be revealed along with the humanity of the building.

I consider innovation something that stops people in their tracks and makes everybody take notice. I think they call it the ‘blue ocean’, where you’re swimming in the ocean all by yourself and then all of a sudden everybody realises, hey, what’s that person doing over there, and they all swim your way. Innovation to me is that moment where that group, that individual, that situation, actually pushes outside of what’s the conversation at the moment. I also think innovation comes from simply just hard, hard work and hard self-education and really digging deep into your personality, your persona. It’s very reflective and it comes from maybe participating in other industries or other adventures as well - that’s been really important for my work. I really sample my past - things that on the surface seem to have nothing to do with architecture, but in fact have a huge influence on what I think about and what my DNA is all about.

I also hope that people don’t just sample off the web because it’s easy; architecture shouldn’t be easy, it should be something that’s really studied, it’s a discipline. And I think risk is a big part of it too. The internet is not a risk because it has already been done if it isn’t here. It’s what’s not on the internet, I think. That’s more important.

You need the group or the individuals or the situation to be extraordinary and the group to be collectively risk-takers, willing and interested in furthering the conversation outside of what’s happening at the moment. It’s very much about bringing together a group of people who collectively have that culture; they don’t necessarily have to agree but they collectively need to have that drive. Having an open mind and hiring the right people who are actively looking for ways to turn the corner, push the conversation, in a collaborative and collective way is the best way to innovation. I think if you have a system you sort of stifle it; it’s more organic than that, it’s messy. I do also think innovation happens in a more intimate relationships with clients or developers or teams, because if you get into larger situations - and we’ve all seen this with industries that have grown from very small, innovative businesses to larger, huge mega-businesses - you can see that they have some difficulties in maintaining that edge to their work.

Years ago I had a great client who said: ‘I don’t want to hire you for anything that you’ve done, I want to hire you for the brain that came up with the stuff that you’ve done. I thought, “Ooh, that’s exactly the kind of client you want’ - a person that says: ‘You know what? That’s years ago, that’s old stuff, I want to hire the person that’s going to explore something that is idiosyncratic to the situation.’ He wanted our DNA, my DNA, in the project. I thought that, in terms of a client, it was perfect.

So you have your own set of values, DNA, that you bring to a project. There is probably some retreading that naturally happens, because I don’t ever think that projects are revolutionary. I think they’re evolutionary and they evolve because of the history that you might have had with the client’s situation or projects. You bring your history to the table with a new client, a new situation, and you begin to take that bag of tools from that old situation and you make a new situation: I think that’s innovation. JT 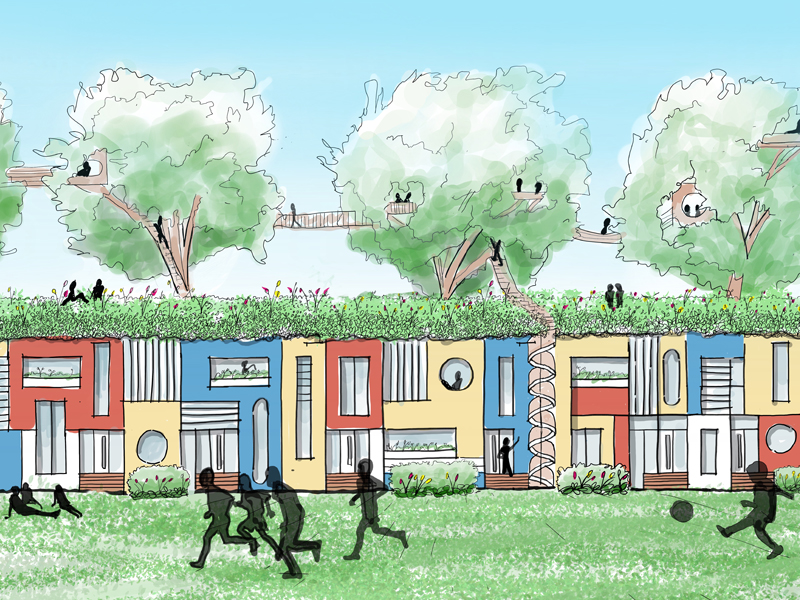 If Only: Carolyn Ouwehand of Glenn Howells Architects