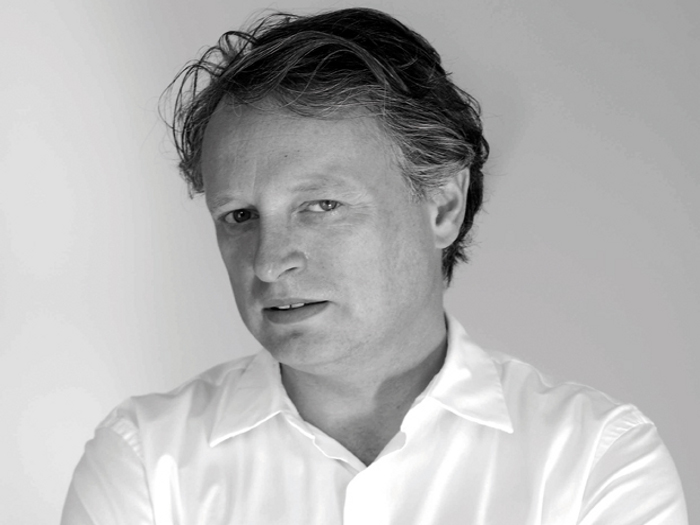 Eleven years on from organising the first London Design Festival with John Sorrell, Ben Evans is still instrumental in pulling off one of the world’s great design festivals. He talks to Jamie Mitchell

One of the most influential people on the London design scene, Ben Evans is the man behind the phenomenally successful London Design Festival, an event he and John Sorrell founded 11 years ago this month, and which has grown from an informal collection of some 35 design events into a citywide extravaganza of more than 300.

In the decade since it began, LDF has taken on a life of its own, and Evans says he and his small team, which includes deputy director Max Fraser and the now knighted John Sorrell, who is the chairman of the festival, will be responsible for only about five to 10 per cent of the events taking place in London between 14 and 22 September this year.

Evans describes the event as having built up momentum of its own, 'like a supertanker that keeps on going', but he and his team are still very much the driving force behind festival. While many countries now have their own design festivals, Evans says LDF is unique because of how it engages with the public as well as those in the design industry and because it focuses on all kinds of design rather than, say, furniture or interiors: 'We wanted to have an event that would celebrate all types of design. Milan's annual furniture fair, the Salone Internazionale del Mobile, is what it is and it's a very important event for the furniture industry, but the London design scene is much broader than that of most other cities and we need to try to reflect that.'

Alongside some of the year's most influential trade fairs - including 100% Design and Tent London - LDF is known for its 'landmark projects', installations commissioned from some of the world's best architects and designers and placed in some of London's best-loved public spaces. Past events have seen a human-sized chess set in Trafalgar Square. This year dRMM architecture practice has been commissioned to build a MC Escher-esque staircase, whose stairs lead to nowhere, outside Tate Modern.

Evans says this very public face of the festival is vital to his mission of bringing design to a wider audience. 'Lots of people will go to see these things, but the biggest audience will be the passers-by who won't be particularly knowledgeable or aware of design,' he says.

Though he has never been a designer, Evans has always immersed himself in design. While he was studying architecture he realised that he was more interested in the issues that affect design and the design industry than in actually practicing it. He studied history of design at the RCA where, he says, the other students thought he and his classmates were 'weird because we wrote about design rather than made it'.

His career then took an unexpected turn: after graduating he was approached by Liz Lydiate, then of design consultancy Michael Peters, who asked him to write the key note address for a conference for ICOGRADA, the world body for professional communication design. 'I'd never written a speech before, but I said yes and that sent me off in a direction I wasn't expecting.'

For the next eight years he worked as a political speech writer and, along with John Sorrell, helped write the UK's first design policy. He worked for the Labour Party on policy development and campaigns including for the successful 1997 general election, and was appointed content editor of the exhibition spaces in the Millennium Dome after its erstwhile director, design guru Stephen Bayley, quit amid disagreements with the Government.

How does Evans view that project in hindsight? 'The problem with the Dome was that it was a real conflict of different agendas, and it meant that so many things were compromised because we were trying to satisfy all these different groups that had an interest in what was going on. We ended up trapped in the middle a lot of the time.' There were, though, some successes and things he's proud of. 'For example, we gave Zaha Hadid her first major commission, the Mind Zone,' he says.

Evans isn't as critical of the present Government's attitude to the design industry as many of his peers are. He believes that since the Blair government embraced design as part of its Cool Britannia campaign successive governments have followed suit.

'The idea of the creative economy (which we're now all very familiar with) really emerged around 1997 when Tony Blair's government was elected, but until then it had been very difficult to persuade politicians that the creative economy was important. Blair and his colleagues in 1997 were the first to realise that. However, that has been accepted by all political parties now and the current Government is doing a lot to promote things both at home and abroad. There was a report by charity Nesta that came out recently saying that nine per cent of the county's output is from the creative economy - so it's a big success story.'

As a governor of the University of the Arts London Evans is also deeply concerned about the Government's attitude to design education, something he sees as integral to maintaining a world-class creative industry: 'I benefitted from that system myself and I think that being part of a world where ideas are important is the future. More and more business-based activity depends on people who can think laterally and be more focused on ideas.'

He says that if the Government is successful in its plans to remove creative subjects from the curriculum it would be 'disastrous'. 'If we're not identifying people who have an aptitude for that kind of education at a young age then we're cutting off a supply of talent. The sector depends on a continuous flow of talent and also reputation. Part of my role in the design festival is sustaining that reputation.'

As LDF passes its 10th birthday, what are Evan's hopes for the future of the event he helped found? 'I'd like LDF to be, if not the most important design venue in the world, then certainly one of them. I think we are up there and what's important is sustaining and maintaining that position. We also want to engage with the widest possible audience.

'We've done a lot of that but we've still only scratched the surface - we want design to be available to everyone.'