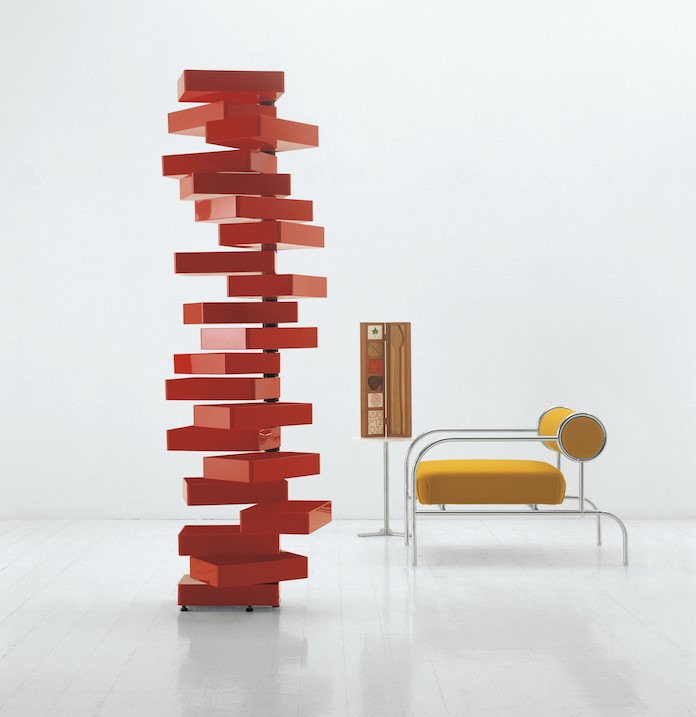 2019 marks the centenary of Bauhaus – the school, and the design style. To celebrate, we showcase a selection of products that come from, or have been inspired by the movement.

Founded on an idea that hoped to see all of the arts brought together, Bauhaus is renowned as being one of the most influential movements in modern design, art, and architecture. Marked by the balance between the function of an object or building and its design, this year Bauhaus – both the school and the design style it created – is celebrating its centenary.

All over the world, celebrations are being planned to mark 100 years since the creation of Bauhaus, including the Pioneers of a New World retrospective in the Netherlands. Here at DesignCurial, to celebrate Bauhaus, we’re looking at a collection of products that either come from the movement, or have been inspired by the influential style – including some that feature polished chrome, a material that is set to make its comeback in 2019 in line with the Bauhaus centenary.

The LC2 Armchair, manufactured by Cassina, is a classic example of the refined, functional Bauhaus aesthetic that was embraced by designers including Le Corbusier, Charlotte Perriand and Pierre Jeanneret. Made with machine-age materials and featuring a lack of ornamentation, the LC2 Armchair highlights the Bauhaus ideal of creating balanced forms and placing an emphasis on function. Find it at Silvera.

Wall murals offer a more contemporary way of incorporating the Bauhaus style into a space. These murals take inspiration from the flat, concrete textures and simple geometric forms preferred in Bauhaus architecture to create eye-catching designs. The surfaces have also taken Bauhaus’ iconic bright colour palette and changed the tones to make them more accessible for a contemporary interior, while still paying homage to the iconic movement. Find it at MuralsWallpaper. Luxury accessories brand LUTZ MORRIS and Royal Porcelain Manufactory KPM Berlin have recently collaborated on a limited edition collection of accessories, which have been inspired by the 100th anniversary of Bauhaus. The collection - available until Christmas 2019 - includes a Dejeuner Tea Set designed by Bauhaus teacher, Marguerite Friedlaender; KPM's head of design has also created a To-Go cup. Meanwhile, LUTZ MORRIS is releasing intarsia bags, which have been partially hand-painted by KPM Berlin's master painter Astrid Schulz. Find them here.

Well known for its use in kitchens and bathrooms, in recent years polished chrome has been replaced by the likes of copper, brass and marble as the minimalist trend grew. However, 2018 saw a return to maximalist design and with the Bauhaus centenary this year, the trend looks to continue – marking a rise in the use of polished chrome, which was favoured by the Bauhaus designers for its functional, sophisticated look.  Find it at THG Paris.

Known for its functional, thin-blown and unadorned glassware, Riedel is a company that is constantly inspired by a ‘form follows function’ mantra, which is key within the Bauhaus movement. All of its glassware is born out of the Bauhaus teaching of craftsmanship and functional design. “Since my grandfather, Claus J. Riedel, invented the egg-shaped wine glass in the mid-20th Century, our contemporary glassware range has become iconic within the wine and design industries,” says the company’s CEO, Maximilian J. Riedel. “Recognised by the worlds of art and design, the Burgundy glass from my grandfather’s elegant stemware range was acquired by the Museum of Modern Art in New York for their permanent collection in 1958.  The celebration of the Bauhaus centenary this year acts as a reminder for Riedel to celebrate our heritage, which we still incorporate into our innovations today.” Find it at Riedel. Created by Marcel Breuer and Carlo Scarpa for Simon Gavina, the Delfi table is based on a previous design that Breuer worked on in the 1930s. Composed of two monolithic bases and a rectangular top, the Delfi table often features white Carrara marble or black Marquina marble. Breuer was another designer with direct links to the Bauhaus school, as both a student and later, when he led its furniture department. Find it at Silvera.