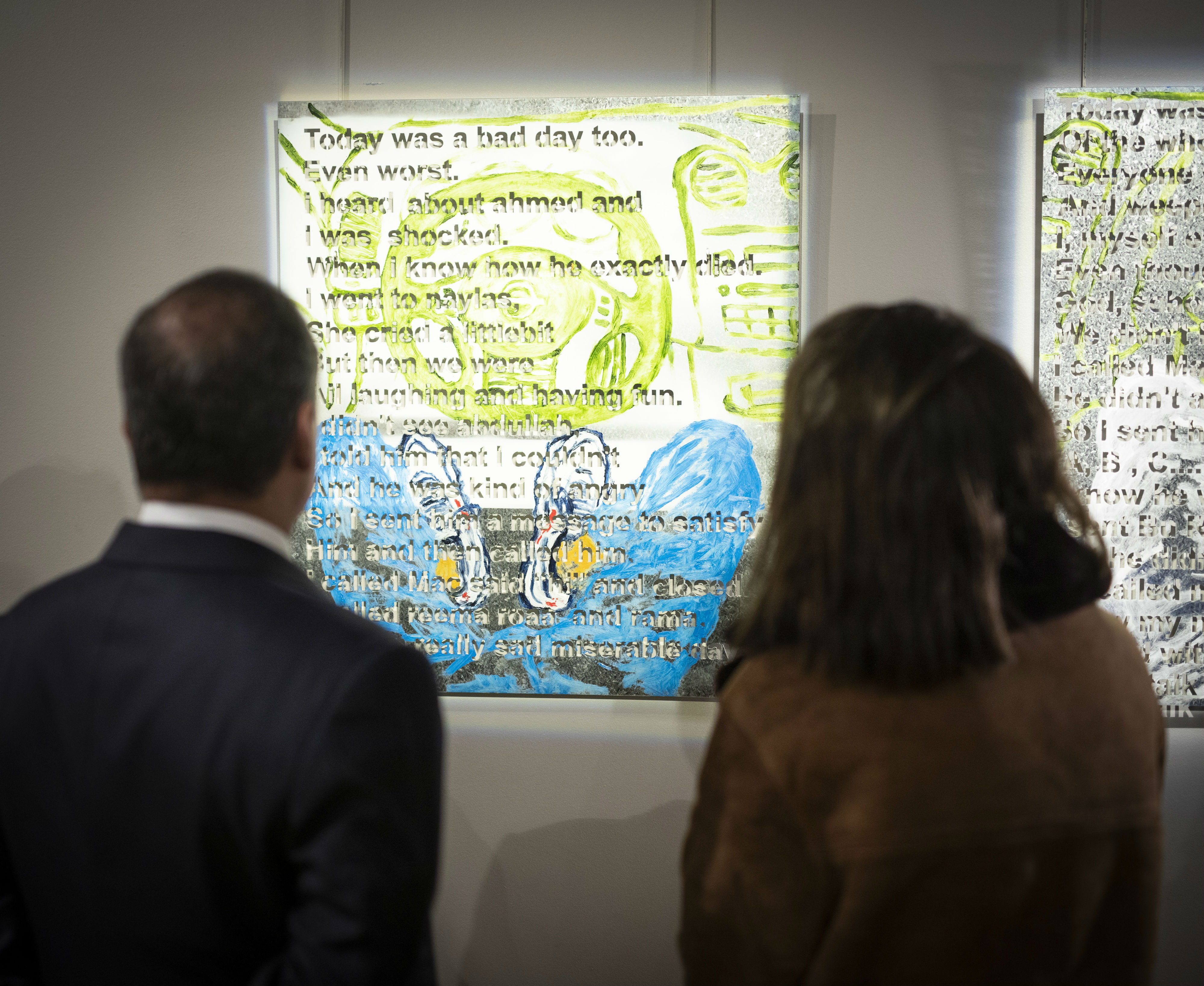 Bringing the best of contemporary and modern art from Bahrain to London, 2018 year marks the third edition of Bahrain Art Week in the UK’s capital. Called Accumulation: Legacy and Memory, Bahrain Art Week celebrates Bahrain’s rich history as one of the oldest contemporary cultures in the Middle East, and provides a platform for Bahraini artists to expand their international influence through London’s dynamic art scene.

Bringing together works by 11 Bahraini artists, Accumulation will address “subjective experience, memory, the notion of progress and the inevitability of decay”, and will take place at the Alon Zakaim Fine Art Gallery from the 21st – 30th November 2018. The exhibition hopes to explore the historical legacies of Bahrain, from traditional crafts, industry and pop culture to modernism’s forms, including art and architecture.

The artists in the show span a number of generations of Bahrainis, who have each witnessed the changing perspectives in their country; many of the artists’ works address the movement of human civilisation through rapid development. Accumulation will present works by Aysha Al Moayyed, Hala Kaiksow, Othman Khunji, Balqees Fakhro, Marwa AlKhalifa, Dawiya Al Alawiyat, Faiqa Al Hassan, Mohammed Al Mahdi, Nabeela Al Khayer, Taiba Faraj and Salman El Najem.

“I am thrilled to present this edition of Bahrain Art Week in London in November enabling more people to access and appreciate the artworks being produced in Bahrain,” says co-curator and ArtBAB director Kaneka Subberwal. “It is an honour to be able to offer these gifted creators exposure such as this and widen the dialogue for the arts in the Middle East.”

Co-curator Amal Khalaf, of the Serpentine Gallery, mentioned, “Standing at any point in Bahrain, you know there is a layer of water beneath the sand that gives Bahrain its name, two seas; beneath that there is an energy that was sedimented beneath our feet from the lives of creatures past, giving a concrete reality to the idea that capital represents an accumulation of time, labour, value and potential futures.”

"The potential at work in this common relationship to oil, water and the sea is what connects the lives, histories and culture of Bahrain,” she continued. “If a nation is constructed through collective memory, and a sense of belonging to a set of values, histories and narratives, then art can be a way in which it is created, shared and also challenged.”

A series of talks, performances and debate will take place alongside the exhibition, which will explore the issues surrounding the ides of legacy, value and memory in the arts practices of Bahrain. Talks will include Jameel Prize nominiee Hala Kaiksow, who will be discussing the use of traditional weaving methods in her work, and Ali Karimi, who will explore the architectural history of Bahrain and look at modernism I the social housing, public space and infrastructural re-imaginings of the country.