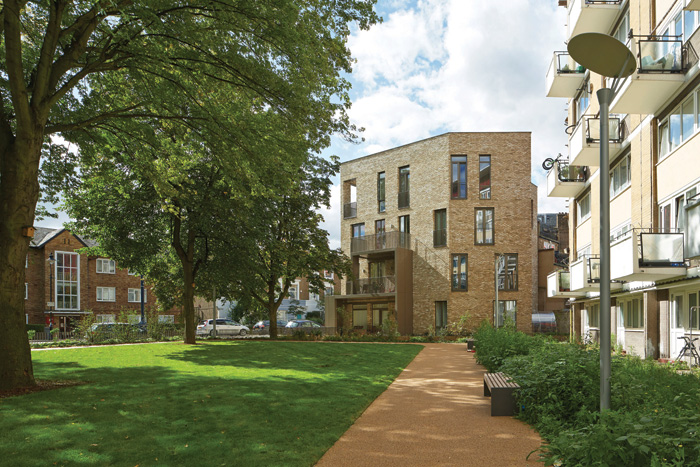 ‘When I first moved to London in 1989, I used to take the number 31 bus from Chalk Farm to Portobello Road for a project I was doing there. The bus drove through this estate and I remember just being completely shocked by what I saw,’ says architect Alison Brooks of her first impressions of the sprawling South Kilburn estate in north-west London. ‘It was completely run down; it was a terrible place.’

Here, cut off from their surroundings by a triangle of busy main roads, impassive Sixties high-rises tower above deserted concrete podiums, creating a bleak atmosphere all too common for modernist council estates across the UK. Once shiny beacons of a new vision for the world, they have become unloved and neglected, home to excluded communities and alarming crime rates.

South Kilburn’s story is a familiar tale of the mass clearance of what was once deemed slum terraced housing to make way for ‘quite utopian, very optimistic architecture that lifted everybody off the ground and created homes in the sky,’ says Brooks. ‘There was a real aspiration there but the urban planning was misguided. The relationship between these buildings and the city around them eventually created a place of exclusion. It was a single demographic that became segregated from the rest of the neighbourhood.’

Now, the London Borough of Brent is leading a 15-year masterplan to reintegrate this deprived community and its architecture into the fabric of the city. Spread out across 48 ha, 2,400 new homes are planned for 2026, with improved community facilities, local services and more open, green space.

Previously some 75 per cent of homes were in public ownership, but the council’s new plan centres on social diversity, with a 50/50 mix of social and private houses arranged in more traditional street patterns to help create an inclusive, safe and secure neighbourhood.

Alison Brooks Architects is one of 10 practices working on the regeneration, with one project, Ely Court, to the west of Kilburn Park Tube station recently completed, one under construction at Bronte and Fielding House further south and another, Durham and Gloucester Court, due to start on site in the autumn. ‘What we’re trying to do, and what Brent Council is doing too, is remove that sense of segregation and restore clarity to the street network so this site becomes part of the neighbourhood rather than an isolated island. We’re not doing another wholesale demolition of the estates, but we’re trying to work with them and enhance what’s already here,’ says Brooks. Recently awarded a 2016 RIBA London Award, Ely Court comprises 44 new homes that are a modern interpretation of the low-rise terraced blocks that once framed this city ‘suburb’ before its post-war redevelopment. The 6,500 sq m scheme, drawing on the surrounding Victorian semi-detached villas and Sixties’ mansion blocks, is formed of four different-scaled building typologies, each with 40 per cent social rent.

A four-storey terrace creates a new street frontage along Chichester Road, while a mews block runs parallel behind it to create a new route that connects to a Lifschutz Davidson Sandilands project, also part of the first phase of regeneration. A separate block of flats further down the street frames a new garden square previously cut-off and used as a builder’s yard. Says Brooks: ‘Before, there were these maisonette blocks set at 45 degree angles and turned away from the street. Our scheme is really about activating all the spaces and celebrating the street rather than turning its back to it.’ The block visitors are first greeted with the Terrace, made up of nine, two-storey maisonettes, each with their own front door. Across the scheme space has been allowed for in-between spaces that open up the buildings to their surroundings, in contrast to the previously closed fortresses there before. Here, the maisonettes are framed by boxy, dull-brown, metal porticoes and generous, private front gardens.

Each home is dual aspect, with gardens to the rear and views right through from the front to back. ‘It really adds to the street to have a degree of transparency between the homes and the landscape behind,’ explains Brooks. ‘Perhaps it comes from my Canadian background, where virtually every house has a veranda, but this semi-public threshold space of the portico is really crucial for creating a sense of layering between the pavement and the home. They encourage people to come out of their homes and meet their neighbours.’

The light-brick facade (the same brick ABA used for the Stirling Prize-winning Accordia housing scheme in Cambridge) is interspersed with three communal entrances, marked by perforated brick screens, leading to the 16 dual-aspect apartments above. Here, recessed balconies provide an element of privacy while opening up and directing the facade towards the street side. Behind, separated by the rows of private back gardens, a four-storey corner building of eight flats connects to eight, two and three-bedroom houses in the long mews block. Again, the block has been designed to maximise ‘safe overlooking’, with the facade gently kinking for oblique views across the garden square. The rear facade, populated with recessed porch entrances, meanwhile, looks over an existing backwater car park previously cornered off to the public and relandscaped. ‘Thin buildings are fantastic opportunities to bring overlooking and animation to places that were previously quite dangerous,’ notes Brooks. ‘The terminology is passive surveillance - eyes on the street and active frontages - but they’re so fundamental in creating a sense of neighbourhood.’

Beyond the new garden square, the Flatiron block provides four affordable, four-bedroom homes, one on each floor. Inside, every home in the four blocks is light and bright, with 2.6m floor-to-ceiling heights, full-height windows and access to little pockets of outdoor space: a far cry from the sealed-off, inward looking homes that once occupied the site.

This summer, ABA’s three projects form part of an exhibition called Time Space Existence at the Palazzo Mora for the Venice Architecture Biennale. Using South Kilburn as an example, ABA explores the role of the state as patron and steward of urban design, where well-designed housing can be used as catalysts for social diversity and inclusiveness. With many London boroughs facing similar challenges repairing the damage of the past, Brent Council is leading the way. Acting as ‘master developer’, for every phase of regeneration, it launches a design competition to pick and choose different architects and avoid a monotonous landscape of similar buildings, one of the mistakes from the Sixties. A model for ABA’s exhibition Time Space Existence for the Venice Architecture Biennale, in which the South Kilburn Estate is used to explore the role of the state in urban design

It’s also a self-funding programme: the land receipt that the council receives from each developer gets recycled into the next phase of development. ‘It’s a really great economic model for urban redevelopment,’ says Brooks. ‘The amazing thing is that because Brent is the long-term investor in this whole piece of London, it is the ability to look at what’s been done, think about the mistakes that have been made and actually try and fix it in the next phase.’

For Brooks, a local to the area, it is something of a personal project: ‘The idea of an architect working in a place where they live is quite unusual I think. You’re able to actually see through a real transformation, which really makes a significant difference to the quality of life for your own community.' 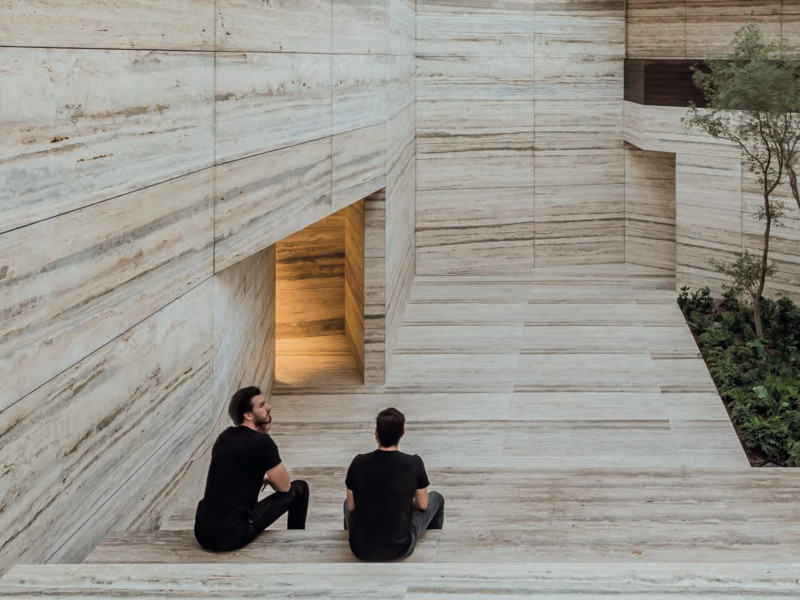