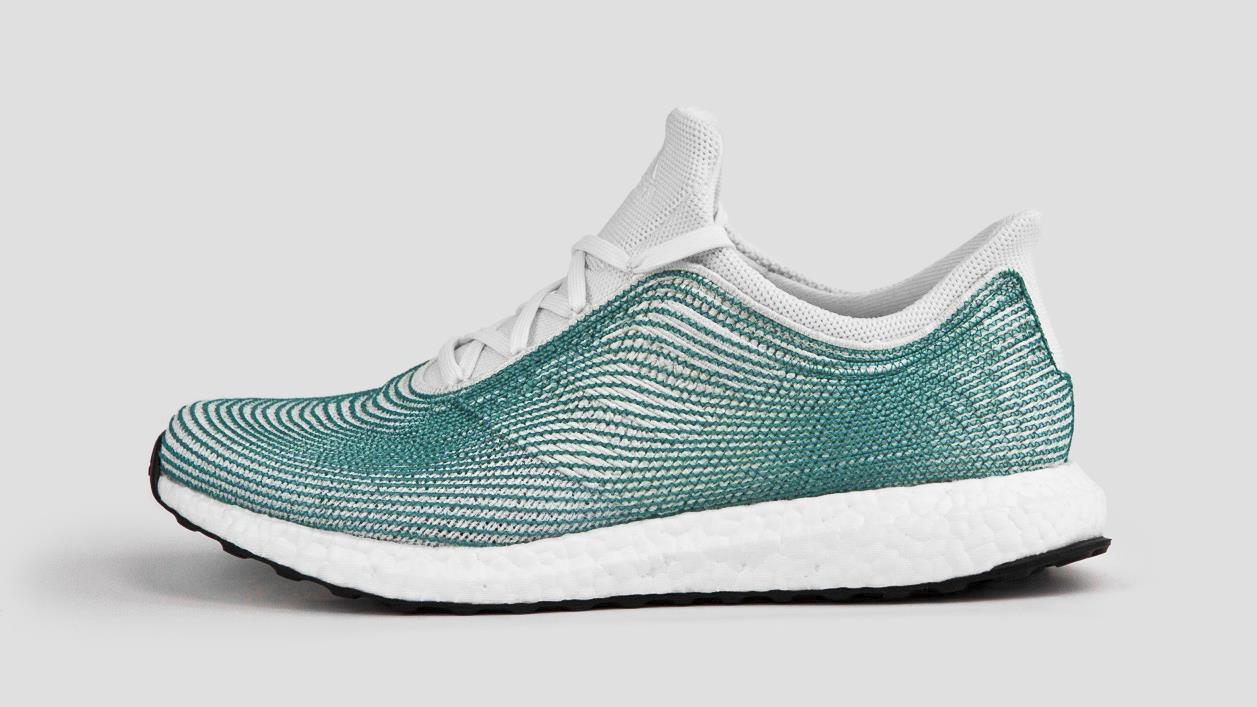 Adidas and Parley have worked together to suggest an extraordinary answer for the immense plastic quandary polluting the earth's oceans. The solution? Wear the problem, turning deadly fishing gear into a revolutionary stylish shoe. Adidas has teamed up with renowned designer Alexander Taylor, who will be releasing 50 pairs of stylish trainers created using over 16 plastic bottles, and 13 grams of gill nets each.

Alexander Taylor has been an innovation and creative design consultant since 2008. He's also involved in Parley, an organisation in which creators, thinkers and leaders come together to raise awareness of the state of the oceans and collaborate on projects that can protect and conserve them.

The Adidas x Parley shoe is the first example of this originality ever being done. The upper shoe is made impressively and entirely from plastic collected in the coastal areas of the Maldives, and illegal deep-sea gill nets retrieved off the coast of West Africa. "A designer can be the agitator and the agent for change. He must be entrepreneurial in spirit, seeking out collaborators to reach amazing solutions which outperform and offer truly viable alternatives to current methods." Alexander Taylor.

Alexander Taylor says how he received a phone call from James Carnes and Alexander Unger of Adidas, who created the partnership with Parley. They wanted to know the possibility of making a pair of shoes from this illegal gill net, which would then be presented at the United Nations headquarters in New York at a big climate change conference back in June 2015. Astoundingly, they only had eight days to pull it off! Not only do the trainers look good, but their fashionable wave design proves to be an intuitive visual for the cause, serving as an illustration as to what is possible with the power of collaboration. The unusual green colour came directly from the pure gill-net content, which certainly helped create an iconic product.

If you are wondering how you can buy some of these striking kicks, there's a catch (no pun intended). They are not for sale right now. Launched on World Oceans Day (8th June), only 50 have been created, and are available to earn through a creative Instagram contest. The contest involves creating a video statement to join the movement, and the award will not only be a pair of the shoes, but to also become a core member of the Parley movement.

Adidas have started with limited collections to raise awareness, with the intention to steadily increase volumes and fully integrate materials made from ocean plastic waste into key Adidas projects and ranges.