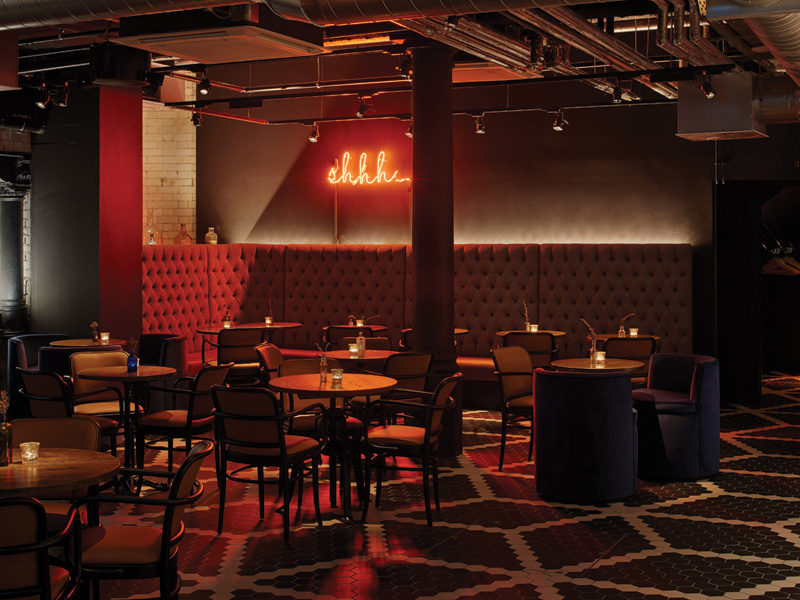 A bar/restaurant with the feel of a hidden speakeasy has been created by Jestico + Whiles in Manchester’s former Corn Exchange building. With trading ceasing after the Second World War, it is now a dining destination for a vibrant city

Once home to a thriving and prosperous trading floor, the Manchester Corn Exchange contains spectacular and monumental spaces, yet the site has had a chequered history since trade ceased after the Second World War ended. A decline in industry led to the space having multiple incarnations, being interrupted by devastating IRA bomb damage in 1996, which led to an extensive redevelopment to a shopping centre. Now we see the site settle into a prosperous life again, becoming a new dining destination in central Manchester.

Jestico + Whiles has taken one of the last spaces in the Corn Exchange to offer Manchester its first speciality steak and gin restaurant. ‘Our design draws on the history of the Corn Exchange together with the wider context of the city to create a unique space featuring a dramatic interior environment and distinctive ambiance,’ says Jestico + Whiles director and head of hospitality and interior design, James Dilley.

The dining space has been designed with intricate detail and care, with the user experience central to all aspects. From street level guests descend a steel staircase and are transported back to the former glory of the building, layered with history and vibrancy. The design draws on and celebrates three elements: the building’s heritage and previous lives, Manchester’s community and togetherness, and the restaurant’s brand and unique character that Jestico + Whiles already established in the Glasgow sister restaurant. Using the existing building fabric, Jestico + Whiles’ interventions in the space have varied from the addition of industrial and gritty elements to the use of rich, dramatic materials.

The steel staircase that transports guests to the subterranean bar is raw, utilitarian and purely functional. While the Victorian building is outstanding in its adornment, guests will begin to imagine how, for Victorian Mancunians, the building was of functional value. It was a place of work and additions were made to work for them. While glimpsing back into the building’s past, they are transported forward into its new present as they are greeted by the 160-seat dining room, brought to life by ambient lighting that highlights the new structure that criss-crosses beneath the building’s old arches. A glowing amber screen sheds light on the bar; carved from solid marble to bring richness to the industrial, underground space. Choosing a building embedded in the local history and life of the city, Alston Bar and Beef Manchester is not just another chain restaurant.

The worker bee has long been a symbol of Mancunians’ resilience and hard-working attitude since the industrial revolution, when Manchester became a ‘hive’ of activity, and more recently when Manchester’s resilience was tested during the IRA bombing of 1996 and last year’s Arena bomb attack. This symbol has been subtly represented throughout the scheme, most notably in the mural by local street-artist Tankpetrol that stretches across the dining space. Reflecting Jestico + Whiles industrial narratives, Tankpetrol weaves the worker bee through his work, ingraining the restaurant in its locality. Jestico + Whiles echoes this imagery further with its use of a honeycomb structure in the shape and pattern of the Solus Ceramics hexagon floor tiles.

‘We overlaid the worker bee motif that had originated in the Industrial Revolution as a mark of respect for the hard-working people of Manchester,’ says Dilley. ‘This fitted the independent and creatively industrious spirit of Alston perfectly; it paid homage to its host city, and also referenced natural provenance and authenticity with the bar and restaurant’s interest in local, natural and foraged product.’ Having already designed the client’s Glasgow restaurant, Jestico + Whiles was able to carry through the brand identity to its new Manchester location. Being only the brand’s second restaurant, it was important to strike a balance between utilising recognisable elements from Glasgow and creating spaces that were unique to the Corn Exchange and Manchester.

Jestico + Whiles has enchanted visitors in creating somewhere with the look and feel of an old-time speakeasy, twice. Both restaurants are hidden underground; both are in the home of captivating historic buildings that transport guests back in time; both serve an exclusively curated selection of steaks and gins, and both are a product of the city they have embedded themselves into.

Approaching the restaurant, guests use a quiet and discreet entrance door, which leads them down a modest hallway. This understated entrance leading to an unexpected underworld is also present in the Glasgow restaurant. Guests can come to believe that in going to this restaurant they are part of an exclusive club, one that only those who are looking for it can find.

Having already created an alluring space for the Glasgow restaurant, specific to both the brand and location, it is clear that Jestico + Whiles’ success is no accident. Without replicating the design, the practice has replicated its success. It has carried through the brand of the restaurant and given it further identity in a new city.

The design is successful in its use of brand identity and its site specificity, irrespective of each other. When these two elements have been combined to create a cohesive product, the scheme both charms and appears effortless. 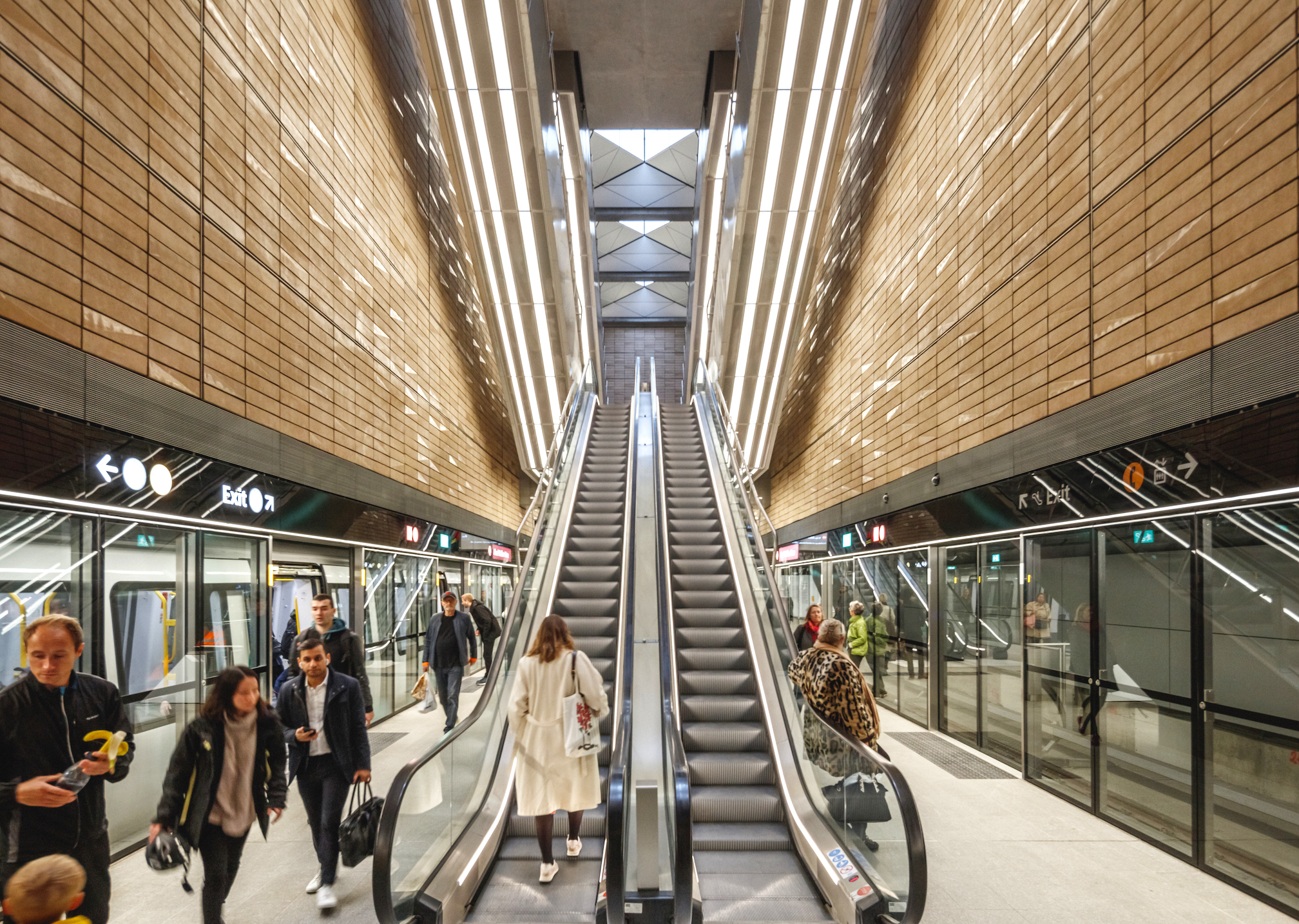