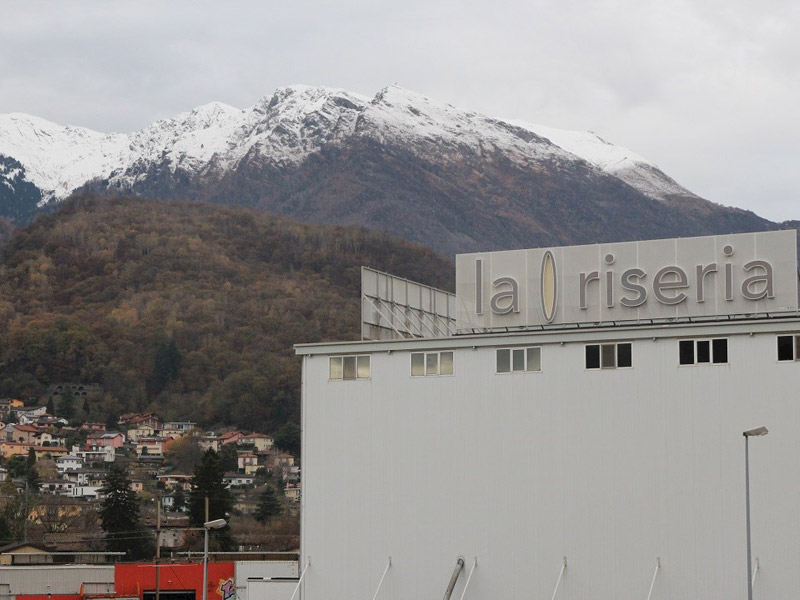 As part of its expansion of production facilities in Ticino, Switzerland, La Riseria is pursuing a comprehensive sustainability program with ABB's digitally monitored, low-voltage distribution system.

Rice consumption is growing every year in Switzerland and is currently at around 6kg per person, per year. Thirty years ago, only a quarter of today’s volume of rice was imported into the country.

A considerable part of that imported rice – around 15,000t per year – is processed in the largest Swiss rice mill: La Riseria in Taverne. The mill was founded in 1905 and built on the railway route between Bellinzona and Lugano.

La Riseria, which is owned by Migros, Switzerland’s largest retail company, was acquired by the latter’s founder Gottlieb Duttweiler in 1957 and now forms part of M-Industrie.

In its commitment to sustainability, M-Industrie has set ambitious targets for 2020 with further visions for 2040. One of the ten areas of action is resource efficiency.

In the course of this commitment to sustainability, La Riseria has decided to rely on the digitally supervised low-voltage distribution solution ABB Ability Electrical Distribution Control System (EDCS). This forms an integral part of its planned renovations and expansion of the rice mill, the first installation of its kind in Switzerland.

EDCS is a cloud-based software solution that records, analyzes and optimizes energy flow within the energy supply system. Plant operators can retrieve data anytime, anywhere via smartphone, tablet or PC.

“Originally, we were looking for a conventional low-voltage distribution system for the new production plant,” explains Roberto Galati, sales engineer of ABB Switzerland in Ticino.

“However, in the first conversation, executives of La Riseria were very interested in this digital solution in order to comprehensively monitor energy consumption, even though it had not yet been installed anywhere in Switzerland.”

The ABB Ability EDCS is not only able to monitor consumption at the main power distribution system switches but, in combination with ABB’s circuit monitoring system CMS-700, it is also able to track consumption right the way down to the lowest consumption branch.

La Riseria entrusted Quadranti Bruno e Figlio SA to install ABB Ability EDCS for both production and the overall building infrastructure. This family business in Ticino is a switchgear manufacturer that usually relies on low-voltage products from ABB for its projects.

La Riseria preferred the integrated solution and, with some support from ABB, Quadranti implemented the system without any problems.

In operation since summer 2018

The rice mill will expand and undergo renovations in 2019. Currently, the two new low-voltage distributions supply the existing installations.

“We are currently gaining experience with the energy consumption measurement of the EDCS and can thus analyze and record the consumption in the existing plant,” says Stefano Aimi, responsible for production, technology and logistics at Riseria.

“When the new production line is up and running, we should be able to maximize its energy savings potential using EDCS. I can see, in a very detailed and with graphic visualization, where and how much electrical energy is consumed throughout the entire plant.”